What London Breed Will Do as Mayor 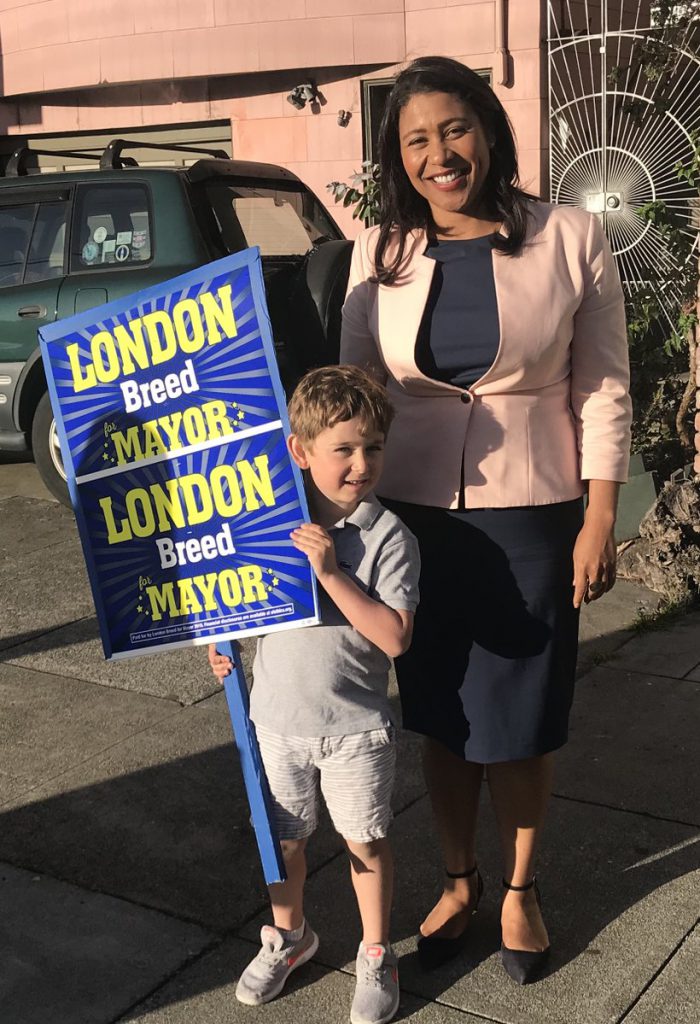 London Breed has stretched her lead to 1601 votes with 17090 left to count, including provisionals.  Assuming Breed wins San Francisco’s 2018 mayor’s race, what is Mayor Breed likely to do?

Here’s my take on where Breed would likely go on the city’s top issues.

The biggest policy difference between the Leno-Kim team and Breed was on housing. Specifically, whether San Francisco should build a lot more housing to meet rising population and jobs growth or should instead focus primarily on improving the quality of life for people already living in San Francisco.

This was a huge distinction between the candidates that got eclipsed by the Leno-Kim focus on Breed’s support from Super PACs and “billionaires.” But despite rhetoric claiming plans to annually build 5000 affordable units alone, Leno particularly attracted older voters who oppose more housing in the city.

When Westside neighbors and supervisors were mobilizing against Scott Wiener’s SB 827, Kim went so far as to do a media event in West Portal opposing the bill. Leno also had little positive to say about the measure.

It would have been very easy and politically pragmatic for London Breed to join her rivals in attacking a measure seen as undermining local control. But Breed did not run from supporting housing. Nor did she hide. Instead, she steadfastly backed the notion that state intervention may be necessary to get the city to build more housing  on transit corridors.

In the face of the opposition of her Board colleagues, Breed stood by her belief that if San Francisco is going to continue being open to people of all income levels, it must build more housing. What that says to me is that Breed is committed to continuing and even expanding Ed Lee’s pro-housing agenda.

I would expect Mayor Breed to expedite San Francisco’s notoriously slow approval process for housing, a process that has driven construction costs to the stratosphere. I would also expect Breed to begin developing a plan for building more housing in the under built Westside; San Francisco cannot meet its housing needs in SOMA and the Mission alone (See Joel Engardio’s  “What if We Turned the Sunset into Paris“).

Breed closely aligned herself with the city’s growing YIMBY movement  and YIMBY activists worked hard for her election. She will have the political base necessary to rally behind and implement an aggressive pro-housing agenda.

Breed’s support for facilitating conservatorships for chronically homeless people with substance abuse problems was opposed by Leno and Kim as well as by the Board’s majority. Based on what I constantly hear from people I believe it is supported by most voters. The public can distinguish between a chronically homeless substance abuser who needs outside help and Jack Nicholson’s character in One Flew Over the Cuckoo’s Nest, wrongfully confined due to his non-conformity.

Breed understands that funding housing is a better investment than costly Navigation Centers, which are simply a rebranding of shelters.

I would expect Breed to move aggressively on new housing and programs to address homelessness for the same reason Leno or Kim would have to do so if they had won: with Mark Farrell planning a 2019 mayoral run, our new mayor is vulnerable to attack if they do not show progress in the next year on homelessness.

Farrell can already tell voters that while Acting Mayor he closed down all of the city’s large encampments. If Breed is seen by voters as less effective in dealing with visible homelessness, we could see a repeat in 2019 of the 1991 mayor’s race—-when former police chief Frank Jordan defeated incumbent mayor Art Agnos primarily over the latter’s handling of homelessness.

Will Breed be more willing than Ed Lee to take on supervisors like Norman Yee who refuse homeless services in their district? I think she might though she might also not want to alienate supervisors over the issue.

Breed recently joined the Board’s 11-0 vote restricting operating and maintenance passthroughs and there has been little dissent on the Board about strengthening rent control and just cause eviction laws. On the top immediate tenant issue—funding Prop F’s Right to Counsel—it was Breed who requested $3.4 million from the mayor’s budget, and was denied.

I have to believe that Mayor-elect Breed will get more say over the final 2018-19 budget than soon to depart Acting Mayor Farrell. This means getting the $3.4 million to implement Prop F into the mayor’s budget rather than asking supervisors to include it as an addback.

I’ve had one meeting with London Breed since she became a supervisor. During that time she said she did not like seeing all the drug dealers out on sidewalks in the Tenderloin.

Now that she is mayor she has a chance to do something about it. As I wrote last week, a new mayor is necessary to trigger changes in police staffing. Specifically, Mayor Breed can ask Chief Scott to review the redistricting plan for the Tenderloin Station installed by his predecessor (Chief Suhr) and which has clearly failed.

When I tell people that the city’s Tenderloin station also covers Market Street, UN Plaza, 6th Street, Hallidie Plaza and the Westfield Shopping Mall, they ask why one station has so many high activity spots. Great question. Suhr took all the crime hot spots away from Southern Station yet kept most of their staffing level.

If you wonder why street problems persist in these areas this is why. A new mayor must insist the police chief allocate officers where they are most needed.

No War on Tech

The biggest difference between Mayor Breed and a potential Mayor Leno other than on building housing is on attitudes toward tech. I would not expect Mayor Breed to back new restrictions on short-term rentals (none have recently been proposed) and whatever plans for ride-sharing services emerge will get greater mayoral scrutiny.

While anti-tech sentiment drives some of the city’s left, Breed’s election is the third straight mayoral victory by a candidate attacked for being too pro-tech. This seems to say that the portion of the electorate that decides elections is not anti-tech and that attacking an industry that employs a lot of voters is not a winning strategy.

After endorsing Breed in her 2016 re-election campaign, the SF Bike Coalition strongly backed Leno-Kim in 2018. I’m not sure how this is going to play out with bike path policies under the new mayor, but let’s hope that political agendas do not get in the way of easing bike travel.

I described last week some of the major problems with SFMTA and have to believe that Mayor Breed will be demanding improvement.

It used to be assumed that a new mayor appointed their own department heads. That changed under Mayor Lee, who was notoriously reluctant to replace department heads and kept a lot of Gavin Newsom’s people.

Mayor Breed should adopt one standard for retaining department heads: high quality performance. As President of the Board of Supervisors she  knows who deserves to stay and who should go;  she needs to act on this information soon.

Will London Breed be a successful mayor? I think she will surprise her critics just as she proved a far more effective campaigner than many expected.

New mayors traditionally have three years to make their mark and set up their re-election. London Breed has six months.

If the media and public perceive the city is adrift by year’s end, Mark Farrell will not be the only candidate mounting a November 2019 mayoral campaign. This puts a premium on Mayor Breed moving quickly to impose her priorities, which I see as a good thing.

Putting aside what “progressive” really means in defining city supervisors, the group that identifies with that term (Fewer, Peskin, Kim, Yee, Mandelman, Ronen) now constitute a majority. Whether this lays the groundwork for ongoing conflicts or strategic alliances with Mayor Breed will help define the first six months of her mayoralty.

One outcome of the June election is indisputable: San Francisco continues to enact the nation’s most progressive policies. And while some of her critics do not see Mayor London Breed as “progressive,” only a progressive electorate would elect as mayor an African American woman who grew up in public housing and poverty.

That is a true rarity in urban America.

Randy Shaw is Editor of Beyond Chron. His upcoming book on the urban housing crisis, Generation Priced Out, will be released in October from UC Press.