What Is Chess Teaching Our Kids? 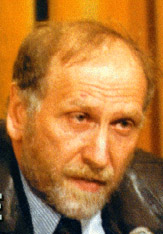 The world of chess has seen it’s ups and downs, but I can’t ever recall a time like this one. The great American grandmaster Bobby Fischer had been in a self-imposed exile since his world chess championship victory in 1972 and had accused the Russians of cheating by colluding against the West. The obligatory title defense in 1975 against the heir apparent Anatoly Karpov never happened, and Fischer’s contempt and paranoia forced him to default the match. Fischer returned after a twenty-year absence to play against his old rival Boris Spassky for $1,000,000. Unfortunately for him, the match took place in Yugoslavia in 1992 during U.S. imposed sanctions, and triggered an arrest warrant by the State Department. Tax evasion charges, his well documented anti-Semetic ravings, (Fischer himself is half Jewish!), and his praise for the 9/11 hijackers, make it unlikely that the greatest player the U.S. has ever known will ever return.

Karpov played three matches against the Soviet defector Victor Korchrnoi, in ’74, ’78, and ’81 and won them all. Not surprising considering that Korchnoi’s family was under house arrest and his son gulag bound. With the defector dispatched, Karpov faced the next heir to the throne, Gary Kasparov. One of the world’s greatest players, Kasparov was down to Karpov 5-1, and miraculously played his way back to a 5-3 score when the match was halted due to Karpov’s ‘ill health.” In the rematch, Kasparov won, and the torch was passed. With the fall of communism around the corner, Kasparov seized the reins of power, and along with the West’s first challenger since Fischer, Briton Nigel Short, formed a new chess federation, the Player’s Chess Association.

They had hoped the rest of the chess world would follow them, but it was not to be. FIDE, the international governing body of chess, stripped Kasparov of his title and returned Karpov once again to the throne. There have been a few more titlists since then: Alexander Khalifman, and the sensational player from India, Vishwanathan Anand, (whom I saw lose a title match to Kasparov atop the World Trade Center in ’95). Despite the loss of his title, Kasparov was still ranked the top player in the world and considered world champion by virtually everyone. With more money to be made, Kasparov decided to take on the world of computers and battled IBM’s Deep Blue. Holding his own in an earlier match, Kasparov finally fell to the computer giant’s billion-move-a-second depth. He hasn’t been the same since. To make matters worse, he fought against the next heir Vladimir Krammnik and lost. There is supposed to be a”unification” match this fall, but don’t hold your breath. Demands are outrageous, venues can’t be agreed upon, and the sponsors are nervous. Who is the world champion? Ponomariov? I’ll bet know one knows, not even the Russians!

The U.S. chess scene hasn’t fared much better. The U.S. Chess Federation has teetered on the verge of bankruptcy, with charges of mismanagement and “golden parachutes,” which have forced the resignation of the executive director. So bad was the situation that the prestigious U.S. Championship was nearly cancelled. Were it not for the last minute rescue by Seattle Grandmaster Yasser Seirawan, the championship may never have happened.


The politics of chess in Northern California are less than inspiring. While The New York Times, Washington Post, Boston Globe and L.A.Times have well-known and respected local writers for their chess columns, the S.F. Chronicle uses a syndicated columnist from Long Island. This, in spite of the fact that the Bay Area has a plethora of great players including former U.S. Champ and Grandmaster Alex Yermolinsky and the prolific writer and International Master John Donaldson, just to name a few.

At a time when chess is increasingly valued as a tool for the social and intellectual development of children, members of the Northern California Chess Association are suing each other over what has become the lucrative world of chess education in schools. Organizations vie over territories in the East Bay, San Francisco and San Jose like expansionist empires. Sadly, only a few of these groups are truly committed to reaching kids outside of more affluent communities. None of the Bay Area’s programs operate in S.F.’s Bayview-Hunter’s Point.

The game of chess is a metaphor for how to approach life. I know that chess can used to teach kids about consequences, planning, independent thinking, comraderie and sportsmanship, and how to triumph against adversity. I fear that the adult world of chess is inadvertently teaching greed, avarice, personal attacks, and cheating. That’s got to stop!

E. “Doc” Smith is a former Rhode Island Amateur Champion, and has won divisional titles in the U.S. Amateur Team Championships for Brown University as well as the Rhode Island Chess League Championships. He has also taught chess to kids in S.F. schools, where he has recently directed several successful citywide tournaments.