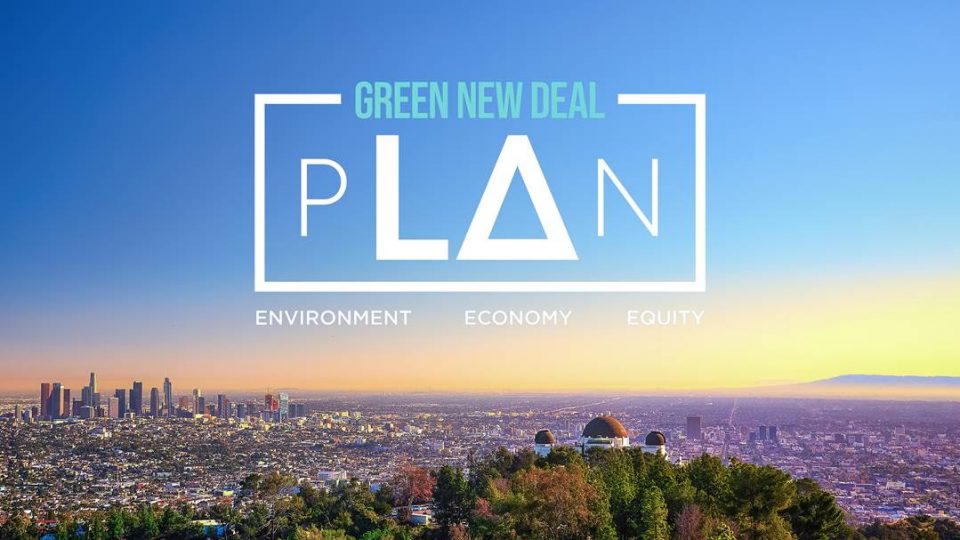 “On Monday, July 22nd, District 8 Supervisor Rafael Mandelman will hold a hearing on the city’s Climate Emergency response at the San Francisco Board of Supervisors Land Use and Transportation Committee. The hearing will focus on high-priority strategies to achieve deep greenhouse gas emission reductions by 2030, as detailed in a newly-published report, Focus 2030: A Pathway to Net Zero Emissions (Climate Report, July 2019), from the Department of the Environment.”

Note that the “high-priority” deadline is 2030, when all current members of the SF Board of Supervisors will be out of office.

This focus on long off deadlines is par for the course. Legislative bodies that oppose immediate action to reduce climate change by promoting infill housing instead favor grand climate change plans set for completion in 2030, 2040 or even further out.

For example, Mayor Garcetti’s Green New Deal plan for Los Angeles sets the city to be carbon neutral by 2050. That’s five years after the state’s goal of using 100% renewables by 2045. While the L.A. City Council was on board with these lengthy timelines, the city’s Sunrise Movement was not: “With Mayor Garcetti’s current plan for net-zero emissions by 2050, Los Angeles is on track to be 20 years too late. That is not a Green New Deal.”

Neither L.A.’s City Council nor the San Francisco Board of Supervisors are in any rush to address climate change.  Both bodies overwhelming opposed SB50’s attempt to dramatically increase infill housing, which would begin reducing greenhouse gas emissions from car commutes within a few years.

Los Angeles, whose urban streetscape is ruled by King Car, is particularly slow in creating protected bike lanes. Building such bike lanes, which gets people out of cars and on to bikes, is about the fastest strategy there is for reducing driving and gas emissions.

But the speed and efficacy of greening measures is less important than political opposition. Some merchants oppose bike paths, so politicians avoid pushing for them. In contrast, there is little political backlash over Green New Deal measures that will not take effect (if at all) for twenty years or more.

Are These Even Real Deadlines?

As described in an insightful article by Melanie Curry in StreetsblogCAL, in 2008 California enacted SB 375, which “required regions to add ‘Sustainable Communities Strategies’ (SCS) to their regional transportation plans. An SCS is supposed to lay out what regions—and the cities and counties in them—would do to help reduce the need to drive everywhere.”

But as Curry reported, a November 2018 report by the state Air Resources Board found that “California regions are not on track to meet their greenhouse gas emissions targets, not by 2035, and not even the ‘easier’ targets in 2020. The problem? Too much driving.

So in response to the report did Los Angeles and San Francisco officials take any urgent action to reduce driving? Absolutely not. Neither body has enacted a single major zoning change to reduce driving by facilitating infill housing. Measures that would reduce driving within a few years are opposed while politicians hold hearings and pass action plans linked to far off timetables already behind schedule.

Let’s be blunt: “progressive,” pro-enviro San Francisco and Los Angeles are not taking any major actions to address climate change that would cause any political downside to current officeholders. And all of these local deadlines can be revised –and delayed by future politicians.

To be fair,  our local politicians are consistent. Most fail to treat neither the housing nor climate change “crises” with urgency.

And its not just in California. Portland Mayor Ted Wheeler was recently one of five mayors brought to Washington DC by Senate Democrats to speak about the climate crisis. But Wheeler’s efforts to fight climate change have not stopped him from backing a $450 million highway expansion in Portland, one of the nation’s worse transit boondoggles.

I was discussing the deadline issue with Los Angeles activist Luke Klipp, who has years of experience working in city governments. We recognized that meeting some green targets requires far off deadlines, but he pointed out how they must be combined with shorter timetables that ensures current politicians are held accountable.

One strategy that D6 Supervisor Matt Haney and Mayor London Breed are implementing in San Francisco is setting a very short-term deadline for new protected bike lanes. If the target is met, great. If not, the public can hold the two officials accountable for not meeting their goals.

Both Los Angeles and San Francisco should set mandatory housing production minimums to meet climate change goals. And projects should be approved by operation of law if their unit count is needed to meet these citywide minimums.

That’s the type of action required by the climate change emergency. The alternative, which is the road Los Angeles, San Francisco and most of California is on, is to keep passing Green New Deals and holding hearings on climate change while failing to take the urgent action the crisis demands.