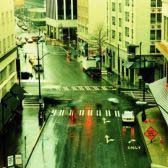 I’ve always been a Californian. Born and raised in rural Shasta County, the son, grandson, and great-grandson of Californians, you could say that despite my British and Irish bloodlines, the sun runs through my veins. So when I told friends and family I’d be moving to Seattle last year, I received a lot of blunt skepticism. “You’ll never handle the weather,” they assured me. I scoffed at their warnings – for all the fog San Francisco gets, it might as well be the Pacific Northwest, I argued. However, after my first full month here qualified as the rainiest month in this history of Seattle, then newspapers dubbed a local December storm as the most destructive seen in fifteen years, I’m beginning to eat my words. If the Giants hadn’t re-signed Barry Bonds, I’d be starting to wonder if I’d made a big mistake.

In the Bay Area, the weather represents either a minor annoyance or something to celebrate. Days range from slightly wet to a bit windy to absolutely gorgeous, and almost every one of them is a day on which you could ride your bike to work.

After moving up to Seattle, however, the month of November quickly taught me things work a little differently up here. For thirty days and thirty nights, I don’t remember much sunshine. I do, however, remember a wide variety of weather I’d never seen before. Raining sleet. Sleeting hail. Sideways rain. Big, soft snowflakes that suddenly turned to raindrops, then right back to snow again. Ice rain. Rain Ice. All told, more than 15 inches of wet stuff fell from the sky during those thirty days.

I also remember the daily radio blasts and newspaper headlines, excitedly proclaiming that November 2007 could eventually become the wettest month in the history of the city. It would achieve that distinction, though I could find little in that victory to get excited about.

Even the New York Times commented on the amount of rain here, slapping Seattle on their front page alongside a dismal gray photo of a soggy downtown skyline. “The weather is a constant topic of conversation, even among those who insist the rain ‘doesn’t bother me,’” said the article, which I can attest to being true. My officemate and I sit alongside each other on the 19th floor of a downtown building, and during November we tried to classify what was coming down outside about twice a day.

The deluge seemingly ended at the end of the month with a thick coat of fluffy white snow, which felt somehow cleansing. “The worst has to be over,” I told myself, and chalked up the wild month to bad luck and the possible first glimpses of the havoc global warming would wreak on the region.

Alas, I spoke too soon.

In my former life as a Californian, the weather sometimes bothered you, but was seldom if ever feared. On December 14th and 15th, weather in Seattle became a very frightening thing indeed.

A friend of mine – a fellow Californian – arrived in town the night of the 14th for a visit. As he walked from the train station to my office, the rain began to fall harder and harder, and soon he found himself negotiating streets that had become large urban rivers. He arrived at my office soaked up to his knees, and we quickly learned that my bus route home had been blocked by flooding that left one motorist stuck with water up to his windows.

We took a cab back to my neighborhood, and soon found a massive tree near my apartment blocking a major thoroughfare. Power lines had come down with it, shutting off electricity for blocks around. We huddled up in my place, and the reports that came in the next morning and in the days that followed were pretty shocking.

A windstorm had blasted through the region, with winds hitting the coast at 90 miles per hour. 1.5 million people lost power, some of them for weeks. Two different friends of mine spent days bailing water out of their basements, as their electric pumps failed and generators quickly disappeared from hardware stores everywhere.

Even more tragic, thirteen people in the region lost their lives, victims of falling trees, fallen power lines, and carbon monoxide poisoning from using gas generators indoors. In a particularly sad case, a Seattle woman who stepped down into her basement during the storm drowned there after floodwaters blocked her only escape route.

I left for vacation several days before Christmas, and spent a couple weeks away, much of it in California. The five or six sunny days I got while visiting felt almost as good as seeing my family.

I returned to Seattle, braced for the worst. It didn’t seem too bad – for a bit. I think the following headline that appeared about a week after I returned in a local paper says it all: ‘Wind, rain, snow hit again.’ 140,000 more people went without power again last weekend.

The good thing is, it can’t get much worse, right? At least that’s the current thinking of this somewhat shell-shocked and possibly overly optimistic Californian trying to make his way up in the wild and wooly Pacific Northwest. For now, wish me luck, and the next time it starts to drizzle down there, count your lucky stars – it could be a whole lot worse.

After all, San Francisco could have failed to sign Barry Zito.