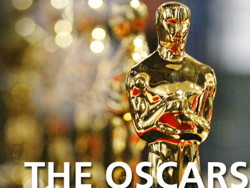 The Academy of Motion Picture Arts and Sciences, formed by the producers of silent films just as silent films became obsolete, is poised to give its top prize to a silent film, “The Artist.” As the organization comes full circle in a week when the Los Angeles Times reported that its membership looks like the faculty of an Ivy League university circa 1964 (94 percent white, 77 percent male and 54 percent over 60), is it cynical to ask whether the Academy Awards have outlived their relevance?

The story goes that in 1926 Louis B. Mayer, mahoff of Metro-Goldwyn-Mayer, contemplated a seaside retreat in Santa Monica at what today is 625 Pacific Coast Highway. He calculated that studio carpenters could build his tiled-roof villa in six weeks but balked at paying scale to the newly unionized workers. Within weeks of the completion of his paradise on the Pacific, Mayer strategized with studio acolytes over dinner. Should they create a group to “mediate” labor disputes—a euphemism for the prevention of further unionization—plaguing the industry?

In the beginning it was called the Academy of Motion Picture Arts and/or Sciences. While its ostensible purpose was management-approved mediation, its implicit goal was to pre-empt actors, writers and directors from organizing, as carpenters, musicians and electricians had done in 1926. Statuettes were an afterthought.

There is no record of the moment when Mayer or his minions hatched the idea that awards for “the talent” might help keep union organizers at bay. No sooner than the academy became the “studio-approved alternative” to a real union, as film historian Richard Koszarski put it, its by-invitation-only membership gave rise to “immediate grumbling, especially among the actors and writers.” To the extent that the Screen Actors Guild and Screen Writers Guild weren’t established until 1933 (with the blessing of the pro-labor President Franklin D. Roosevelt), Mayer’s brainchild forestalled the inevitable for six years.

Like most organizations built by committee, the academy had multiple objectives. Improving public relations as well as labor relations were the initial goals. As its first president, Douglas Fairbanks Sr. (coincidentally, the model for “The Artist”), reminded the audience at the formative academy banquet in 1927, movie people labored under a cloud of public contempt. He called for constructive action to legitimize the industry. By the way, he added, there would be “awards of merit for distinctive achievement.”

There was no Oscar at the first awards ceremony in 1929 (recognizing cinematic achievements in 1927-28) for “best picture.” Recognizing the distinction between popular entertainment and artistic ambition, members cited “Wings,” the World War I aerial drama, as “most outstanding picture,” and “Sunrise: A Song of Two Humans,” the lyrical and elemental account of husband, wife and temptress, as the “most unique, artistic, worthy and original” production.

The following year, the two awards categories were collapsed into one “best picture.” The statuette got its nickname when the academy librarian exclaimed that it looked like her Uncle Oscar. It was the prize’s unofficial name until Walt Disney referred to “the Oscar” in his 1934 acceptance speech. After that, the sobriquet stuck.

Fast-forward 83 years from that first awards ceremony. No longer an emergent form, movies today are “filmed entertainment,” in large part produced by the same corporate divisions that make television. Oscar is the senior citizen of awards season, the months formerly known as winter, when those guilds the academy was created to forestall—the Screen Actors Guild, the Directors Guild and the Writers Guild—bestow statuettes that brighten many a Hollywood mantle.

Even 35 years ago, well before the mushrooming number of “kudos-fests,” as the Hollywood trade publication Variety dubbed the awards events, Alvy Singer in Woody Allen’s “Annie Hall” thus exclaimed of Hollywood’s prize frenzy: “Awards! All they do is give out awards! Greatest Fascist dictator: Adolf Hitler!”

In the years since “Annie Hall” received an Oscar for best picture, the Academy Awards increasingly have assumed the dual character of a political campaign and a beauty pageant. Producers effectively have engineered Oscar-winning movies and performances, spending so much money in the process that there have been cries for Oscar-campaign reform. Advertisers, hungry to sell products to a mass audience in a niche-marketed universe, have turned the event into a sponsored subsidiary of the beauty industry. Fashion titans use Oscar night as an opportunity to dress up the stars as human billboards for their designs.

At the 2010 Academy Awards, Jeff Bridges accepted his long-overdue statuette for the low-budget film “Crazy Heart” by observing that more time and money had been spent on the film’s Oscar campaign than on the indie film itself. (A statuette boosts long-term revenues for a film and raises its recipient’s asking price and negotiating leverage.)

As for the question of whether the Oscars have outlived their relevance, ask it another way: Would the film industry and movie-going public be better off without Hollywood’s annual pageant of self-congratulation? Is a film society that failed to honor Fred Astaire, Dorothy Dandridge, Cary Grant, Sessue Hayakawa, Alfred Hitchcock, the Nicholas Brothers, Barbara Stanwyck and Mae West relevant? Imagine Hollywood without the academy and the value of the organization becomes plain.

For despite its country-club demographics and the cynicism behind its creation, the fact is that without the Academy, what incentive would Hollywood have to make anything other than “Pirates of the Caribbean” and “Transformers”?

This piece was first published at Truthdig.