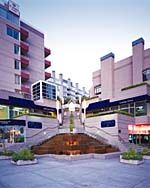 Low-income residents of St. Francis Place, a massive housing complex on the corner of 3rd and Folsom, awoke the morning of January 7 to a shocking letter taped on their doors. The letter stated that the regulations keeping their rent below market rate expired with the New Year, and that they had between 6 and 12 months to either move out or start paying massively higher rents. 20 percent of the more than 400 residents of the complex will be affected, many of them seniors. Sadly, St. Francis represents the first of what will be a series of large-scale, de facto evictions occurring over the next year.

Fifteen years ago, San Francisco’s Redevelopment Agency helped push through a variety of major housing developments in the South of Market. In what was partly an effort to address criticism of a public agency subsidizing massive market-rate developments, they forced developers to guarantee as much as 20 percent affordable housing. Yet like so many promises used by city agencies to stifle opposition, the guarantee had a major defect – it expired after fifteen years.

Now, the deal’s bill is due, and St. Francis is just the first complex to fall victim. Other developments with contracts set to expire soon include Bayside Village, Rincon Towers, Webster Towers, South Beach Marina and Fillmore Center. These expirations could potentially displace hundreds of San Francisco’s most vulnerable tenants due to the resulting rent increases.

August J.P. Longo, a disabled tenant of St. Francis Place, will be forced out of his home come January. The rent for his 2-bedroom apartment will increase by $600 then, and as a recipient of Section 8, he can’t afford to stay.

“I’m scared,” said Longo, a six-year resident of St. Francis. “It’s really hard to find a place that’s going to accept a Section 8 certificate in a place that’s as safe as this is.”

Longo and other disabled, senior, and low-income tenants have a one-year grace period before their rent increase begins. Other tenants’ rents will start increasing incrementally in six months until they reach market rate, according to a letter signed by Jonathan Figone, General Manager of St. Francis Place.

For Longo, the string of de fact evictions set to begin soon reveals a great deal about the current political climate here in San Francisco.

“I think it means that the City is going to be a city for rich people,” said Longo. “It’s just impossible for low-income people to survive. And I don’t see the City making any strides to protect us.”