Warriors Fans vs. the World 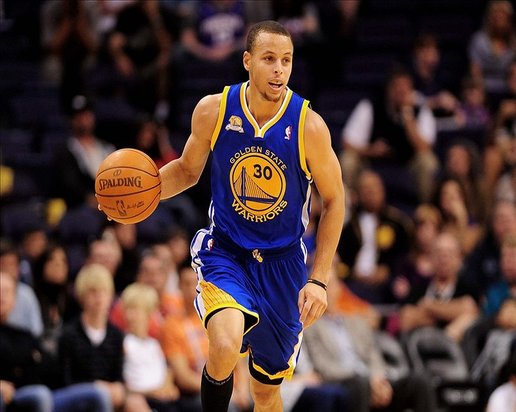 The Golden State Warriors are making their first NBA Finals appearance in forty years—and the entire world of fandom outside the Bay Area will be rooting against them. Fans who should have been enraptured by the story of a long failed franchise rising to the top are instead favoring a more sweeping underdog story: Cleveland pro sports teams’ fifty years of failure to win a title.

I can’t say I feel the pain of Cleveland fans, but I have always sympathized with them. My grandparents grew up in a Cleveland suburb and my grandfather ran a drug store in a hotel that Cleveland Indian players frequented. I remember listening on the radio to the Brown’s 27-0 win over the Colts for the NFL title in 1964, not suspecting that it would be Cleveland’s last title to date.

My favorite Strat-O-Matic baseball team was the 1948 Cleveland Indians. I wrote letters to many of the players and read books about what became the last Indians team to win a World Series.

But as much as I want the city of Cleveland to win a pro sports title, this is not the year. It’s the Warriors turn.

The Warriors Have Suffered

While the San Francisco Bay Area has been blessed with World Series and Super Bowl wins, its basketball record since 1975 has arguably been worse than the Cavaliers. After all, Cleveland went to the finals in 2007. Lebron took the Cavs deep into the playoffs in other years while the Warriors sat on the sidelines.

Warrior fans have endured comparable if not even deeper misery than Cavs fans in recent decades. Lebron gave the Cavs hope while the Warriors suffered under Chris Cohan, among the top ten worst owners in the history of the NBA.

During the first go around with Lebron, the Cavs started the season with a belief they could win a title. That was never the case during Don Nelson’s seemingly endless tenure coaching the Warriors.

I always supported the Warriors, but stopped rooting for the team’s incarnation under Cohan and Nelson when they traded Chris Webber on November 17, 1994. This hurt many Warrior fans as badly as Lebron’s departure hurt Cavs loyalists, as we had a key piece of a potential NBA title team stolen from us without notice.

All of the subsequent problems (the Sprewell choking, terrible draft picks, rotating coaches) showed that the Webber deal was an early sign of dysfunctional team management. Cohan and Nelson had done the near impossible: they turned a team playing in one of the nation’s most desirable places, and which had a rabid fan base, into one that quality free agents avoided like the plague.

Warrior fans deserve this title. They have suffered enough.

Some fans otherwise sympathetic to the Warriors feel they should root for the Cavs to deliver Cleveland’s long sought championship because the Warriors young nucleus is primed to win multiple titles. Ask Oklahoma City Thunder fans about this premise.

After the Heat beat the Thunder to win the 2012 NBA title, it was seen as only a matter of time before the Durant-Westbrook-Harden “Big Three” would win a title. But a Thunder team seemingly destined for greatness has not even returned to the Finals. Harden was traded, Durant was seriously injured, and the Thunder did not even reach the playoffs this year.

When Steph Curry was injured Monday night, Warrior fans had an experience that resembled George Bailey’s in the Frank Capra classic, It’s A Wonderful Life. Bailey is given a chance to view his family, friends and city as if he had never been born; Warrior fans got a glimpse of a team without Steph Curry.

It was not a reassuring sight.

The Warriors have other stars and a deep bench, but they don’t win an NBA title without Curry. And we all saw Monday night how fragile any athlete’s career—and by extension a team’s title hopes—can be.

So the Warriors need to win this year. The basketball world will cheer for the feel good story of the prodigal son Lebron James returning to his roots to bring a title for Cleveland; this will not be the first time the San Francisco Bay Area walked a different path.

Randy Shaw is Editor of Beyond Chron. He became a Warriors fan after moving to the Bay Area in 1974.