For Trump’s Infrastructure Priorities, Focus on His Budget 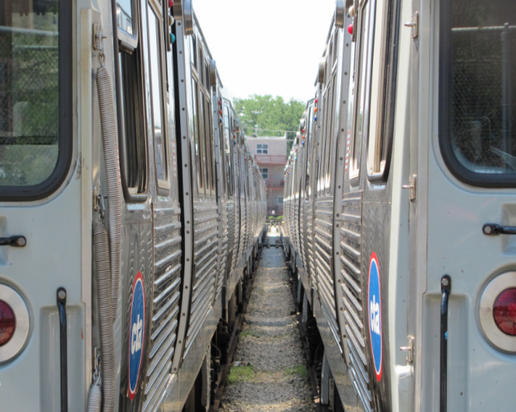 Photo via Transportation for America

Donald Trump’s big infrastructure plan is still more of a rumor than an actual plan, leading to widespread speculation about his transportation priorities. But we don’t have to wait for major new legislation to get a clear sense of what the White House thinks is important.

Later this week, the administration is expected to release its budget request, and that will reveal a lot about how Trump wants to spend infrastructure funds, writes Stephen Lee Davis at Transportation for America:

For months there’s been endless discussion of the President’s $1 trillion pledge to “build new roads, and highways, and bridges, and airports, and tunnels, and railways all across our wonderful nation.” And while industry groups scramble to divvy up funding or financing from a package that may or may not materialize, President Trump’s first real infrastructure effort should be considered his annual budget request with top-line numbers for transportation spending, which will tell us much about his priorities.

When the first look at that budget comes later this week, we’ll likely face the dissonance of a President rallying support for a $1 trillion investment in infrastructure at the same time he’s proposing billions in cuts to transportation investment to accompany his plan to increase defense spending by $54 billion.

While trade groups, members of Congress and local advocates are discussing what projects they want to include in this dream of a huge infrastructure package that may or may not come up later this year, they could see devastating cuts proposed for crucial transportation programs that fund smart transportation projects all across the country in less than 48 hours…

While many people — even staffers or elected reps on Capitol Hill — tend to think transportation spending decisions are determined by the long-term transportation bill that gets passed every few years, the money for new transit and rail projects still has to be appropriated by Congress each year through the budget process…

Scores of local communities with well-conceived ready-to-go multimodal projects are eager to apply to the incredibly competitive TIGER grant program, and on average, winning TIGER projects brought at least three state or local dollars to the table for each federal dollar sought.

There are transit projects all across the country that have already raised local or state funding and are literally just waiting on a check for capital dollars from the federal government to proceed, including “projects like Indianapolis’ Red Line bus rapid transit project which has already been promised more than $70 million in federal dollars to pair with nearly $20 million in local funds from an income tax increase that Indianapolis voters approved back in November at the ballot box,” as we noted last week.

USDOT has already promised over $6 billion to these shovel-ready transit construction projects that have local funding in hand and are ready to go. If this week’s budget does indeed cut (or even eliminate funding outright) for the New & Small Starts transit program which exists explicitly to help metro areas of all sizes build new transit systems, the projects in that pipeline could be immediately threatened, as will their promises of supporting economic development & improved mobility.