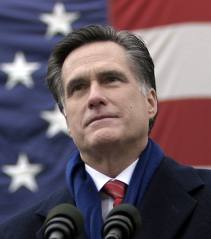 A new narrative has emerged in the 2012 presidential race: Mitt Romney’s shoot from the lip style, failure to provide tax returns, smirking attitude, and “etch a sketch” vacillation on policy positions has doomed his campaign to defeat. Romney’s campaign errors could already fill a book, and even GOP pundits recognize that he will not get the job done. But before allowing conventional wisdom to conclude that the GOP could not overcome Romney’s personal failures, the truth is that no Republican could win the White House in 2012 running on the failed tax cuts and disastrous war-first foreign policy of President George W. Bush. Nor can any Republican opposing comprehensive immigration reform win a future presidential race. Mitt Romney is failing, but voters are primarily rejecting the Republican national agenda.

Progressive websites like dailykos.com are having a field day detailing Mitt Romney’s latest miscues, and it is hard not to enjoy skewering the pompous, arrogant GOP nominee (last week the NY Times reported that while a student at Stanford Romney organized a protest against anti-war protestors, while avoiding Vietnam himself).

But would Romney’s former rivals Newt Gingrich, Rick Santorum, or Ron Paul be doing better as the GOP nominee? Would Mike Huckabee, Chris Christie, or Marco Rubio, all of whom are talked about for 2016?

The GOP’s problem is not Mitt Romney. Rather, it’s that the Party’s national agenda has so profoundly failed, and is so unpopular with rising demographic groups like Latinos and unmarried women, that it cannot win the White House again without changing its policies.

Remember when Republicans defined the 2012 election as a choice between dramatically different visions for America? Once it became clear that most voters supported Obama’s vision, the old script was shredded and a new campaign narrative designed.

Now, it’s all Romney’s fault. GOP pundits are madly jumping from the Romney train wreck, blaming the candidate rather than Republican policies as they throw in the towel for 2012.

Erick Erickson, editor of Red State, which promotes “powerful conservative voices,” wrote on September 17 that “there is something really dysfunctional happening within the Romney campaign.” Describing Romney’s “schizophrenic campaign message,” Erickson is among many right-wingers blaming “Team Romney,” rather than “Team GOP” for Obama’s growing lead (and Erickson’s comments preceded the release later that afternoon of the video showing Romney describing 47% of Americans as “dependent” on government)

What Erickson and his brethren refuse to admit that Romney’s message is “schizophrenic” because voters are rejecting the policies promoted by Red State and other “base conservative” websites. That forces the GOP nominee to continue to tack from center to right to find a balance that enough voters will favor.

Voters saw how the Bush tax cuts and invasion of Iraq drove the nation into an economic ditch and will not back a return to these policies regardless of which Republican presidential nominee was promoting them. 2012 is shaping up to be the biggest ideological defeat for conservatives since the FDR days.

That’s why progressives must not allow conservatives to redefine this election as a referendum on Romney rather than Republican ideas. It’s fun to bounce on Mitt’s latest miscue, but that just feeds into the Republican narrative that the candidate, not the policies, is the problem.

Republicans won national elections from 1968 through 1988 through racist appeals and a focus on cultural “values.” What’s unique about 2012 is that it will be the first national election where the GOP will lose the White House because of its racism and culture wars.

Karl Rove understood that the GOP needed to woo rather than alienate Latinos, which is why George W. Bush backed comprehensive immigration reform. But Rove lost that internal GOP battle, and by attacking Latino immigrants and opposing reform the Republican Party has foreclosed its chances of winning the White House in 2012 and beyond.

Latino voters are growing in number, and it is anticipated that by 2020 Texas will be a blue state. That’s why the GOP so badly wanted to beat Obama in 2012, as it knows it faces an uphill fight in 2016 and beyond.

Republicans can still win Congressional, US Senate, and Governor races, either because of lower voter turnout or political dynamics particular to less than national races. And Republicans can still prevent immigration reform and slow the economy through obstructionism.

But the GOP war on unmarried women, gays, organized labor, Latinos and African-Americans means they cannot win the White House without changing their policies. And while conservative pundits will publicly proclaim the 2012 defeat was all about Romney, the smarter among them will know that voters rejected the GOP agenda.

That’s when the next internal GOP war begins.

In the meantime, we can enjoy Romney’s snafus while also making it clear that they reflect a failed GOP agenda, rather than a weak candidate.