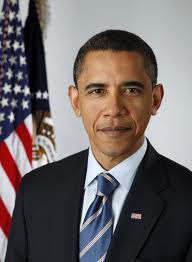 The latest New York Times / CBS News poll confirms what progressives have long argued: President Obama’s shift from an economic policy prioritizing public investment, increased domestic spending and Green jobs to one focused on the budget deficit is bad policy and even worse politics. The poll found Americans “more pessimistic about the nation’s economic outlook” than at any time since Obama took office – with public confidence falling 13% in the past month, a period highlighted by the President agreeing to massive Republican-backed federal budget cuts. While Obama has tried to “steal” the budget deficit issue from Republicans, the poll showed 60% of voters reject both parties’ budget policies and only 29% believe reducing the federal deficit creates jobs. Instead of becoming a modern day FDR, Barack Obama’s economic agenda more closely resembles Herbert Hoover’s, and voters are not happy.

Barack Obama inherited an economic nightmare, which most voters still blame on outgoing President Bush. But Obama has made many key decisions that have slowed the nation’s economic revival, and for these he only has himself to blame.

After campaigning as an economic populist, President Obama accepted an original stimulus bill that overemphasized tax cuts at the expense of public investment. He then allowed Van Jones, his Green Jobs “Czar,” to be forced from the Administration without a fight, and subordinated job creation to the task of balancing the federal budget deficit.

While progressives questioned cutting spending during a recession (which was Hoover’s strategy following the 1929 crash), DC insiders and the pundit class backed Obama’s focus on budget deficits over jobs. Obama has persisted with this agenda despite polls regularly showing that job creation remained voter’s top priority.

When Republicans won the House and made major gains nationally in a low turnout 2010 election, those promoting deficit reduction over job creation claimed vindication. An election in which key segments of the Democrats 2008 base stayed home was said to have “proved” that Obama needed to move away from traditional Democratic economic policies and shift to “the center.”

Well, the latest polling numbers show the failure of this strategy. Voters are primarily concerned with jobs, which cutting public spending and reducing taxes for the wealthy does not achieve.

Obama’s 2008 campaign galvanized the nation’s young people around its promise of “Green Jobs.” But that agenda is rarely heard today, and Obama even agreed last week to a $1 billion cut in his biggest green jobs initiative, high-speed rail.

As Obama was signing a federal budget bill that will worsen the jobs crisis, McDonald’s hired 50,000 workers in a single day. In a disturbing sign of the nation’s economy, the U.S. Census Bureau found the average age of a fast-food worker is 29.5, up from 22 in 2000.

From living wage green jobs on projects like high-speed rail to barely above minimum wage fast-food jobs that offer no health benefits. In Senate testimony last year, McDonald’s said that about 75 percent of employees at company-owned restaurants are part-time – averaging 18 hours a week.

And Obama expects these nearly thirty-somethings whose only job option is McDonald’s to be grateful that the President is focusing on budget deficits? Some have likely lost jobs due to the government spending cuts that Obama has not simply accepted, but endorsed.

Instead of following FDR and making job creation his mantra, Obama has adopted Hoover’s and the longtime Republican framing that analogizes government to a family that has to meet its debts. This misguided approach ignores that the vast majority of Americans could not survive without debt, most have mortgages, and that the federal government can run a deficit without risk of foreclosure or bankruptcy.

Ignoring the Public Will

Contrary to what the media pundits argue, the President’s shift to more conservative economic policies is not due to the popular will. To the contrary, poll after poll shows voters support steep cuts in military spending and increased taxes on the wealthy – neither of which Obama will have accomplished when he faces the electorate in 2012.

The voters who attended Obama campaign rallies in droves and worked tirelessly to elect him were not driven by a fear of budget deficits. Voters most concerned about this issue did not support Obama in 2008, and will not be backing him in 2012.

Expect Republicans and the Obama can do no wrong camp to highlight the New York Times/CBS News poll findings that voters support reducing spending over raising taxes by a 58% to 29% margin. But what is astonishing about this poll question is that it asked voters to compare “raising taxes on people like you,” rather than asking if they would rather “raise taxes on the wealthy” or cut spending.

That question would show voters support reducing the deficit by increased taxes rather than reducing spending. But it was asked so that already strapped low-income people would appear to oppose any new taxes.

President Obama has not made a single progressive move in the last month that could be held responsible for 70% of Americans now believing the country has “pretty seriously gotten off on the wrong track.” Instead, he accepted a budget deal on Republican terms; backed a war in Libya without reducing our billions of dollars in financial commitments to conflicts in Iraq and Afghanistan; stayed away from the labor protests in Wisconsin; and watched state and local governments make draconian cuts without getting the necessary federal aid.

And most chilling: this steep drop in the nation’s confidence and toward Obama’s handling of the economy followed the President’s nationwide speech on the deficit that was widely cheered by Democrats and many progressives.

This says that the public is not buying the 2011 version of Obama, and that progressive pundits thinking otherwise are disconnected from the grassroots base. Progressives who accept Obama’s focus on deficits were convinced that the Obama team was brilliantly tapping the public mood; but the poll numbers say otherwise.

Randy Shaw is the author of Beyond the Fields: Cesar Chavez, the UFW and the Struggle for Justice in the 21st Century, as well as The Activist’s Handbook.