Vote No on B: Save City Services 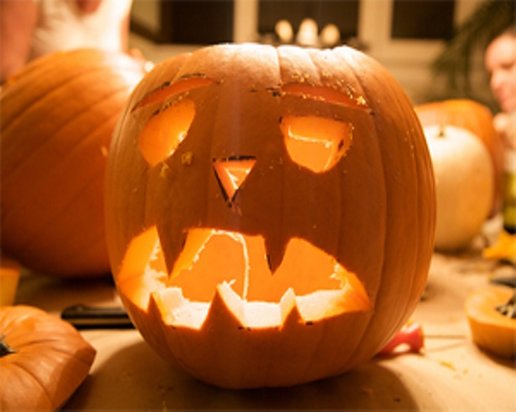 Even pumpkins are unhappy over Prop B's carving up city services

Prop B impacts more San Franciscans than any other ballot measure. Yet this attack on vital city services is off the political radar. Sponsored by Supervisor Scott Wiener—whose pumpkin carving event next Sunday is an apt metaphor for Prop B’s slicing millions from services to the poor—Prop B requires city officials to cut the recently passed city budget by $22 million in year one and millions on top of this amount for the next decade.

Where will they find these funds? Well, Mayor Lee, the Mayor’s Budget Director, Budget Committee Chair Mark Farrell, and the San Francisco Human Services Network all believe the $22 million will be taken from the most politically vulnerable constituencies come budget time—i.e. the poor.

David Campos suggested at last week’s Board of Supervisors meeting that Airbnb’s payment of back taxes could make up for the Prop B costs. But that measure failed. Prop B’s passage will instead create the mother of all political battles between city services and programs over which will survive without cuts.

It is the most divisive of ballot measures. That’s why one of the most diverse political coalitions in city history formally opposes Prop B.

Yet none of the many housing, social service and good government groups opposed to Prop B can put in the type of resources necessary to make a dent with voters whose mailboxes are filled with corporate-funded mailers.

Defeating Prop B depends on word of mouth. If everyone who works for a nonprofit that gets San Francisco funding, or who benefits from a city service, tells family, friends and co-workers to vote No on B, the measure can be defeated.

Prop B backers do not seem bothered a bit that they will be taking $22 million and more each year from poor people’s programs. They don’t care about pushing an unfunded mandate on the voters. Nor do they care that should Prop B pass, the Board of Supervisors will be powerless to reverse its dire impacts next July.

I’m sure some are wondering how such a destructive measure could pass in progressive San Francisco. The chief reason is a misleading ballot question, in which voters are asked to approve MUNI funding equal to population growth without also being told that MUNI already gets automatic annual budget increases.

Voters can find the true cost of Prop B in the Voter Handbook, but many don’t pay attention to low-profile measures until they get in the polling booth. That’s why its imperative that people spread the word to make sure those casting ballots know to vote No on B.

Also helping B’s passage is its endorsement by a San Francisco Democratic County Central Committee that acted without having time to hear the No on B side.

Everyone reading this can do their part to protect vital city services by spreading the No on B message. San Francisco will move toward addressing economic unfairness by passing Prop J for a minimum wage hike. It should not take a step in reverse by supporting Prop B’s raid on the city budget.