‘Voluntary’ Letters Are Not Fit to Print in the Chronicle 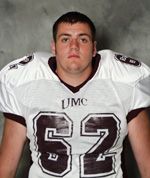 (Ed: Here’s yet another letter responding to questionable Chronicle coverage that the editors refused to print) Bruce Adams’ interesting piece on Cal strength coach John Krasinski (“Summer sweat on campus: Bears football players growing under Krasinski,”) August 5, is incomplete. And I think you know it.

“Voluntary” summer workouts? Please. Athletic scholarships, which used to be four-year guarantees, are now one-sided year-to-year contracts. “Student-athletes” have discretion about attending “voluntary” sessions the way a Wal-Mart employee has a choice about working unpaid overtime.

Recently a University of Missouri football player, Aaron O’Neal, died after collapsing at a “voluntary” workout. In 2001 three Division I players died. The mother of one of the victims, Northwestern’s Rashidi Wheeler, filed a high-profile lawsuit against the university that is still pending.

Among the pieces of evidence in that case is a Rodney King-like video of the incident, which shows the strength and conditioning coaches coolly continuing to run a brutal drill during which other players also drop like flies — while Wheeler, a chronic asthmatic, lies on the sidelines fighting for his last breaths and an ambulance is summoned too slowly.

Why would such a videotape even exist? Because Northwestern head coach Randy Walker wanted a complete report from his strength coach on who opted to participate in this “voluntary” workout.

The industrialization of college football is out of control.