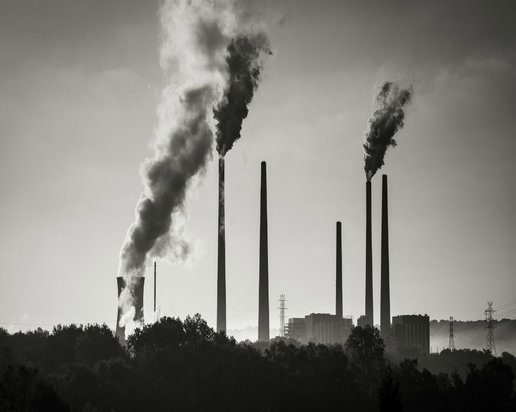 In a 5-4 ruling (pdf), the court argued that the Obama administration “unreasonably” interpreted its authority under the Clean Air Act by failing to account for the cost of compliance for polluting coal-fired power plants to meet the new Mercury and Air Toxics Standards (MATS), which were finalized in 2012.

According to the opinion, penned by Justice Antonin Scalia and backed by Chief Justice John Roberts, as well as Justices Anthony Kennedy, Clarence Thomas, and Samuel Alito, “The Agency may regulate power plants under this program only if it concludes that ‘regulation is appropriate and necessary’ after studying hazards to public health posed by power-plant emissions.”

While the court did not deny that such emissions pose grave public health risks, the opinion argues that the financial impact to the coal industry must be considered.

“Here,” the court continues, “EPA found power-plant regulation ‘appropriate’ because the plants’ emissions pose risks to public health and the environment and because controls capable of reducing these emissions were available. It found regulation ‘necessary’ because the imposition of other Clean Air Act requirements did not eliminate those risks.”

However, the opinion charges that the EPA interpreted the Clean Air Act “unreasonably when it deemed cost irrelevant to the decision to regulate power plants.”

Though the Supreme Court did not go so far as to strike down the regulations, campaigners say that the ruling threatens to delay critical safeguards while it fails to account for the untold savings to human health and environment. The case has now been sent back to the Washington D.C. Circuit Court of Appeals where the EPA will be asked to provide a new cost analysis.

Industry groups cited in the Michigan v. EPA ruling estimated the cost of implementing the mercury emission standards would be $9.6 billion a year compared with $4 to $6 million in “quantifiable benefits from the resulting reduction.” However, environmentalists widely agreed that the impact of regulating some of the United States’ worst polluters is far greater and urged the EPA to continue fighting for these regulations.

“It is clear that the benefits to public health and the environment this rule would provide dwarf the costs of implementing it, no matter when in the determination those costs are considered,” said Joseph O. Minott, dxecutive director and chief counsel of the Clean Air Council. “We hope EPA will work quickly to address the Court’s concerns and issue a revised rule that implements these protections…which would bring many of the country’s oldest and dirtiest power plants in line with modern standards and allow citizens to breathe cleaner, safer air.”

A recent report published by the NAACP Environmental and Climate Justice Program found that such pollution primarily impacts people of color, whose communities are disproportionately located near power plants in the U.S. In a statement following the ruling, Jacqui Patterson, director of the program, said, “The financial interests of corporate entities in maintaining the status quo should not trump protection of the health of these communities.”

While campaigners note that the EPA has already evaluated the costs and benefits of the rule and should be able to present the requisite analysis, the ruling threatens to embolden an industry faced with its imminent demise.

“Practically speaking, today’s decision won’t revive the fortunes of Big Coal or slow down our nation’s transition to clean energy,” said Mary Anne Hitt, director of Sierra Club’s Beyond Coal Campaign. “However, this flawed decision does raise concerns for our children and pregnant women, as utilities may further delay compliance decisions, or use this as an excuse to refuse to run their pollution controls.”

“The Supreme Court’s decision does not change the importance of EPA’s role in protecting our families and communities from toxic air pollution,” said Lisa Garcia of non-profit litigation group Earthjustice, which worked on behalf of Sierra Club, Clean Air Council, Chesapeake Bay Foundation and the NAACP, to defend the EPA health safeguards as respondent-intervenors. “The Court gave EPA the ability to finalize these critical public health protections once and for all. Now, EPA must act quickly. Thousands of lives are at stake. Further delay is not an option.”