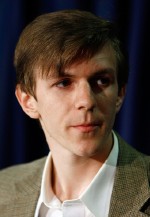 (Ed. Note: While the right-wing attacks on ACORN seem like old news, a new report refutes the constantly repeated core charge that a man dressed as a pimp got advice from ACORN on how to facilitate child prostitution. It turns out that the undercover right-wing racist James O’Keefe actually wore regular clothes and told ACORN he was the boyfriend of a woman being abused by a pimp. Read full details below)

By now everybody knows that James O’Keefe, the anti-ACORN video stinger, is willing to lie, manipulate, and apparently break the law, in pursuit of his extremist agenda. Monday, sources inside the Brooklyn District Attorney’s office, as reported by the New York Post (long hostile to ACORN) said the videos were a “heavily edited splice job.” The New York Daily News further reported that sources in the DA’s office, which reviewed the unedited New York tapes as part of a five month investigation — the first time anyone not associated with O’Keefe has seen unedited tapes — said “they edited the tape to meet their agenda”!

As Media Matters columnist Eric Bohlert writes, “the ’70s-era, blacksploitation pimp costume was a propaganda tool used to later deceive the public about the undercover operation.” If you watched the videos, you probably thought he wore that suit inside our offices. He didn’t. He dressed as a professional and presented himself as a boyfriend trying to help his girlfriend escape from an abusive pimp, something also noted in former Massachusetts Attorney General Scott Harshbarger’s December 2009 investigation of ACORN.

So why, then, does America’s newspaper of record, the New York Times, insist in report after report — as recently as March 1st — that he presented himself as a pimp in our offices? Can you send an email to the Times‘ Public Editor and tell him to retract the Times‘ erroneous reporting about O’Keefe and ACORN?

There are two critical reasons why this matters and my friend Brad Friedman of The Brad Blog lays them out nicely: “Because O’Keefe is now facing federal felony charges and his past credibility is important to the future proceedings and because these videos, and the Times reports on them, resulted in the U.S. Congress passing legislation to deny ACORN federal funding based on what appears to be an entirely phony premise which … the Times went along with, in error, time and again.”

Incredibly, the New York Times‘ first response when challenged their reporting was to say, “If there is a correction to be made, it seems it would start with Mr. O’Keefe himself. We believe him. Therefore, there is nothing for us to correct.”

Wow. To say that in the face of everything that’s been laid out about how O’Keefe operates – lies, manipulation, even alleged illegal actions – well, that’s just embarrassing.

Can you tell Clark Hoyt, the New York Times‘ Public Editor, that the Times needs to retract its past ACORN stories and report the truth about the anti-ACORN sting operation from now on?

The New York Times played a significant role in the breathtaking rush to judgment instigated by O’Keefe’s work. As the blogger Digby said about the Times and other mainstream media, “in rushing to judgment they also failed in their journalistic duty to figure out if this story was true.” The Times perpetuated the idea that his videos represented what ACORN workers do all day. They do not. ACORN organizers spend their days talking with working families and helping them take action on issues like foreclosure prevention, raising the minimum wage, fighting for jobs, and working to hold the banksters accountable for their destruction of the economy.

That work, combined with our tireless efforts engaging working families and families of color in the electoral process, are the real reasons why O’Keefe and his corporate-funded backers in the attack media targeted ACORN.

The Times continues to refuse to state the obvious-that O’Keefe deceived the public, specifically by editing in “b-roll” of his absurd costume and more broadly by misrepresenting what ACORN organizers do. This despite the clear admission by O’Keefe co-conspirators Hannah Giles and Andrew Breitbart both being caught on tape saying he never wore the pimp suit in any ACORN office. Despite the findings of the Harshbarger report. Despite Breitbart’s admission that the pimp get-up was just a marketing gimmick.

In fact, Clark Hoyt continues to profess, “I still don’t see that a correction is in order, because that would require conclusive evidence that The Times was wrong, which I haven’t seen.”

Can you help Mr. Hoyt see the conclusive evidence by sending him a letter in his role as the Public Editor of the New York Times?

With your help we can set the record straight and put America’s newspaper of record on notice that we expect it to live up to its responsibility to us and to our democratic system and report the truth.

Lots of people have asked me why we don’t just drop the topic of O’Keefe’s video scam and move on. Believe me, no one would like to close the book on this story more than I would. But the truth is important, and the truth is the lies that O’Keefe peddled and that news outlets that should know better continue to perpetuate, to this day, not only hurt ACORN — they represent standing threat against anyone who empowers poor people and people of color in this country.

With your help we can help strengthen democracy in America and make sure that working families have a strong voice in 2010 and beyond.

Bertha Lewis is the Executive Director of ACORN.