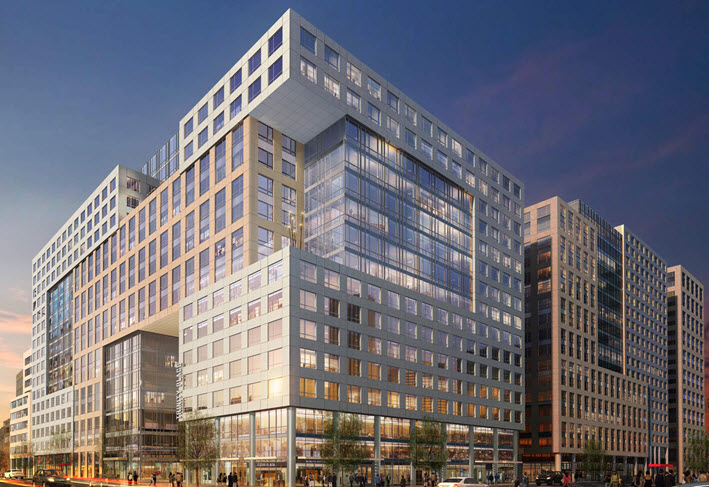 362 units at new Trinity Plaza are under rent control

San Francisco has a chance this November to unite two essential housing policies: upzoning and rent control/just cause eviction protections. This combination offers the brightest future for the over 100,000 new residents occupying new apartments in San Francisco over the next two decades.

It is a marriage that has detractors on both sides.

As I describe in my most recent book, Generation Priced Out, improving affordability requires both legalizing apartments in all neighborhoods and strong tenant protections. I show how over a dozen “progressive” cities  fall short of maximizing affordability by pursuing only one of these goals.

San Francisco fails by protecting tenants and preserving rental housing without building anywhere near enough housing. Its toxic housing politics are ongoing, as shown by  the recent fourplex fiasco and progressive opposition to expediting the housing approval process.

But state law requires San Francisco add over 80,000 new apartments. That requires legalizing apartments across the Westside and throughout the city. I’m talking about Scott Wiener/SB50 type of upzoning, not mere duplexes or fourplexes.

Will  tenants living in these new apartments be protected by rent control and just cause eviction laws? If you care about the city’s future economic diversity, the answer must be yes.

But tenants won’t get these protections unless voters pass a proposed charter amendment in November. The measure challenges a huge falsehood I have encountered in my over forty years of tenant advocacy: the notion that tenants benefit from being exempted from essential tenant rent and eviction protections.

San Francisco must stand by tenants and reject this falsehood.

Why Cities Don’t Protect All Tenants

The two foundations of tenants’ rights are “good cause” eviction laws and rent controls. They speak to the principle that nobody should lose their home without good reason, or because of an excessive rent hike. Absent these protections tenants have no security over their living space. They are vulnerable to displacement with each economic boon.

Unfortunately, cities and states typically abandon these core tenant protections when it comes to new apartment construction. New units were originally exempted from rent control laws because local building trade unions demanded it as a condition of not opposing these measures. This exemption was entirely political. No studies existed of the impact of second-generation California rent control laws when these exemptions were granted.

The three pioneer rent control cities—Berkeley, Santa Monica, and San Francisco —saw no apartment construction boom after exempting new buildings. Landlords and realtors then began arguing that apartment construction was blocked by the first two cities imposing rent control on vacant apartments (i.e. vacancy control) and the third threatening to do so (San Francisco’s Mayor Feinstein twice vetoed vacancy control and the Agnos measure was defeated by referendum in 1991; I discuss San Francisco’s vacancy control campaigns, which dominated city politics for over a decade, in The Activist’s Handbook).

Completely ignored in this debate was that zoning restrictions, not vacancy control, was the chief obstacle to building new apartments in these cities. It took the rise of the YIMBY movement for that point to be understood.

Insisting that new rental housing depended on ending vacancy control, landlords started a decade-long campaign to preempt local rent control laws. They struck gold in 1995 with the passage of the Costa-Hawkins Act. Costa-Hawkins has never delivered on its promised apartment production boom but by ending vacancy control it dramatically increased landlord and realtor profits.

Tenants paid the price for this increased profiteering. Not only do tenants pay significantly higher rents than under vacancy control, but the new construction exemption gave these tenants no control over rent hikes. Nor protection against eviction at the landlord’s whim.

Tenants have paid an enormous cost from exempting new construction from tenant protections. And what benefits have they or the public obtained?

None. All these exemptions have done is made housing less affordable and tenants less secure.

We always hear that “bankers won’t lend” if rent control covers new construction. I do not doubt that bankers tell builders this. What I dispute is 1. Whether progressive cities like San Francisco want bankers setting social policies and 2. Whether those in the lending business will give up that enterprise if they must lend on rent-controlled projects.

San Francisco has passed a host of progressive laws without deferring to bankers. Why should the city  let bankers deny essential tenant protections on new housing?

As for the “lenders won’t lend” argument: We used to hear that Ellis evictions for tenancies in common would never happen because lenders didn’t feel sufficiently protected. That hesitation didn’t last long.

There will always be bankers willing to lend in San Francisco. Regardless of rent control.

The biggest challenged faced by the charter amendment is a lack of trust. It will reach the November ballot as many production advocates see rent control as another scheme by anti-housing politicians to stop housing.

But attaching rent control to upzoning makes it more likely that supervisors critical of new housing will support it. The charter amendment eliminates a common argument progressives use to oppose new construction.

Activists must stop personalizing housing politics. Base your views on the policy merits, not the supervisor supporting or opposing it.

San Francisco is better off providing 100,000 new tenants with rent control and eviction protections than with creating a second-class tier of tenants lacking these protections. San Francisco wants tenants to live in their homes and neighborhoods long term. This doesn’t happen if the lack of tenant protections creates revolving door buildings and destabilizes neighborhoods.

The charter amendment will be heard at a Board of Supervisors committee on July 6. It deserves strong support.