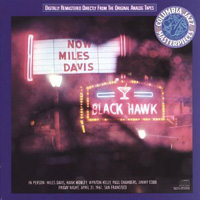 By the summer of 2008, going “uptown” in San Francisco will mean heading to the Tenderloin. The “Uptown Tenderloin” is the authentic historic name for the over 16-block area north of Market Street, and nomination papers were filed last week with the state Office of Historic Preservation to create the “Uptown Tenderloin Historic District.” Noted architectural historian Michael Corbett prepared the papers on behalf of the applicant Tenderloin Housing Clinic (publisher of Beyond Chron). Corbett’s research uncovered a wealth of information about the neighborhood, none more important than its historically authentic name. And for a community long beset with a negative image, the “Uptown” label provides the positive identity consistent with both its jazzy past and its increasingly hopeful future.

One of the long mysteries about San Francisco’s Tenderloin District is whether its name was based on a specific geographic locale or a certain type of salacious activities. The media clearly views it as the latter; that’s why crimes on Market Street or on Bush are said to occur in the Tenderloin, but positive events on Geary Street are described as being in the Theater District.

As historian Michael Corbett discovered, the local media has been attributing negative “out of the area” conduct to the Tenderloin for over 100 years. In 1907, the San Francisco Call wrote about “raids on questionable resorts in the tenderloin;” five of the nine businesses were in the Western Addition, and two were located on the waterfront.

In maps of San Francisco prior to 1940, the geographic area understood today as the Tenderloin did not have a consistent name. It was as if an area known for its bad reputation and shady activities could not be boundarized, as “no one was willing to acknowledge the Tenderloin as a clearly delineated part of San Francisco.”

It was not until the W.P.A. guide in 1940 that the geographical area was identified as the “Uptown Tenderloin.” The “hilarious uptown tenderloin” was south of Union Square and west of Mason Street, while the “downtown tenderloin” was a district of “subdued gaiety” that covers the area east of Mason around Powell Street.

What’s great about the neighborhood’s return to its historically accurate name is that “Uptown” has a pizzazz and excitement to it that the generic “tenderloin” lacks. Those who are reluctant to tell people they live or work in the Tenderloin will soon be able to say their base is in “Uptown.”

While many are aware that the Uptown Tenderloin has the world’s largest supply of historically significant single-room occupancy hotels (SRO’s), after World War I the community became the densest large apartment area in San Francisco. The Macbeth at 765 Geary may well have been the city’s first studio apartment building, and possibly the first in the United States.

The Uptown Tenderloin Historic District will finally give the community geographical definition. The District consists of the entire 16-block area bounded by Taylor, Turk, Larkin and Geary Streets, along with irregular extensions in all directions from this core area. Originally, it was thought that McAllister Street between Hyde and Jones, which includes both the Empire Hotel (now McAllister Tower) and Hibernia Bank, was in the Civic Center Historic District. That assumption was in error, and this critically historic block is now part of the Uptown Tenderloin.

As important as restoring the community’s historic name is Corbett’s building-by-building description of the Uptown Tenderloin’s historic housing stock. The problems on the streets have obscured the detailed ornamentation on the vast majority of buildings, ranging from Renaissance/Baroque to Spanish Colonial Revival. Corbett notes that while much of San Francisco was rebuilt by 1915, the Uptown Tenderloin’s development was not completed until around 1930; this created a variety in the district’s buildings that boosts the area’s architectural allure.

Corbett also rediscovered important parts of the community’s hidden history. For example, many know that Miles Davis, Theolonious Monk and Dave Brubeck among other jazz giants performed and recorded some of their finest work in the Uptown Tenderloin’s Blackhawk Club. But until Corbett’s report, I had never heard that legendary film director Frank Capra lived at the Drake Hotel on Eddy Street.

The San Francisco Historic Preservation Fund Committee, pursuant to a grant application from the Tenderloin Housing Clinic, funded Corbett’s work. THC initially sought funding to create a Tenderloin Historic Tour, but the Committee wisely noted that creating an Historic District should take precedence. Once the District is created, it should prove a strong stringboard for both such tours as well as the Tenderloin History Museum that is scheduled to open under the historic Cadillac Hotel by 2010.

Most important of all, the Uptown Tenderloin Historic District gives the neighborhood a positive identity to offset its negative image. Consider the contrast with the Mission District.

The Mission has more gang violence, more drive-by shootings, and possibly as much heroine trafficking as the Tenderloin. But its wonderful murals, café and restaurant scene, and Latino cultural life obscure the neighborhood’s problems.

But the Tenderloin’s problems have not been offset by a more positive identity. The Uptown Tenderloin Historic District will help change this, particularly when the community’s sidewalks and buildings include plaques and informational features that evoke its historic character.

The state Office of Historic Preservation is expected to approve the nomination at its April meeting, and then forward the application to the keeper of the National Register of Historic Places. The Uptown Tenderloin Historic District would then likely be formally approved by summer 2008.

2007 may well represent an historic turning point for San Francisco’s long troubled Tenderloin neighborhood. In addition to the planned Historic District, many long vacant sites are under construction, including the former KGO site at Golden Gate & Hyde that has been vacant for 27 years.

Affordable family housing projects are either under construction or in the planning stage, the Salvation Army’s community youth center on Turk Street will be completed in May, and nearly every vacant lot is the subject of construction plans. There remains the possibility of a supermarket at Taylor & Eddy, and residents and merchants are pushing for a full service post office at Golden Gate & Hyde.

The relationship between community leaders and the police department have never been better, and Tenderloin Captain Gary Jimenez is making unprecedented strides in ending the community’s long status as a drug dealing “containment zone.”

There is great optimism about the neighborhood’s future. And the day may soon come when people are excited to say they live “Uptown,” and the rest of the city will know what they mean and agree.