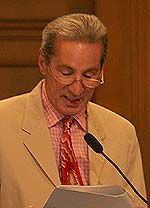 The Budget & Finance Committee takes up Sup. Tom Ammiano’s Universal Healthcare today in the 17th hearing on this matter and hopefully will address a problem with affordability for the City’s residents.

Those residents who would be paying $3 a month in co-payments will find this amount truly affordable. However, let’s look even closer at the residents who would be paying $35 a month, and here’s where using dollar amounts shows a problem with affordability. I talked with Sup. Ammiano’s legislative aide Zach Tuller about this last Thursday and faxed the following breakdown to the Supervisor’s office for consideration.

The perceived affordability problem lies with those residents earning between 200% and 240% of the FPL, or those earning between $19,600 and $23,519 a year. Speaking from personal experience (last year I earned between 215% but less than 220% of the FPL), I can honestly say that $35 a month for a co-payment would not be affordable for me. The only expense in my favor is my rent; since I’ve been living in the same rent-controlled unit for 12 years, my rent is at a level that I’ve learned to live with, even though with the salary I earn it’s not truly affordable. However, I’m thinking of other residents who might be paying more for rent that myself, that is, those who are paying more than $700 a month for rent. With that striking fact in mind, a co-payment of $35 a month most likely would not be affordable for those earning between $19,600 and $23,519 a year.

For residents earning 300% or greater of the FPL, a co-payment of more than $35 a month would still be affordable yet less than those earning more than $50,000 a year.

With Budget & Finance convening at 1 p.m. today, I hope Sup. Ammiano will be able to address this problem today but if more time is needed then a continuance to the call-of-the-chair is an acceptable course of action. Indeed, Ed Harrington probably needs time to study my proposed co-payment breakdown. Even though I would love to see Universal Healthcare enacted as soon as possible, it must be done right so that lower-income residents will be able to afford the co-payments.

Businesses and their cohorts have not been silent during the past week. Indeed, the notorious Nathan Nayman composed more than 700 words of lie piled atop lie; George Bush must be proud of him, and Nayman should now take the opportunity to ask his pal Bush for an all-expenses-paid lengthy stay at the White House. I’m 99.9% certain his request would be granted.

I will again point out to readers that businesses that would be paying into the Universal Healthcare plan will be able to deduct those payments from their corporate tax returns, just as they currently deduct employee salaries and all other costs of doing business. And that’s especially true for the restaurateurs who can also deduct the garlic, onions, celery, cabbage, and all other expenses incurred to produce the hopefully palatable dishes they serve, which is contrary to the unpalatable “testimony” they have inflicted on the supervisors and the People of the City and County of San Francisco.

In addition to the lies spewed out by these people, they have also proposed two preposterous funding sources for Universal Healthcare. One is an increase in the business license fee. However, this method would place undeserved hardship on the really small businesses in the City (like mom-and-pop stores) while letting the medium-sized businesses and large corporations (like Wells Fargo, Bechtel, and the defense lawyers who represent corporations) get away without paying their fair share.

The other preposterous funding method is a sales tax increase. This suggestion is in stark contrast to business owners disingenuous “testimony” that they really want Universal Healthcare. These people know the recent history of propositions that proposed bond measures to fund affordable housing, among others, and how those ballot measures were defeated because voters just don’t want to borrow at the expense of future generations.

Do you think businesspeople will now stop their assault to prevent Universal Healthcare? Of course not. They will adamantly refuse to stand before the supervisors and tell the truth, that the fees that would be paid into the plan are deductible from their corporate tax returns.

Those of us low-income residents would love to see Universal Healthcare enacted tomorrow if it could be done. We’ve been waiting decades for affordable healthcare coverage, and we’d have to wait decades longer if left up to right-wing extremists in Washington who believe affordable healthcare is a privilege to be extended only to the rich and infamous.

But Tom Ammiano’s Universal Healthcare is not scheduled to become active until July 1, 2007, so we’ll just have to be patient. However, on that glorious day next year, Sup. Tom Ammiano will become known as the Father of Universal Healthcare, a much-deserved honor for someone who will have brought affordable healthcare coverage to the People of the City and County of San Francisco and sooner or later to everyone in the United States.