Underwater Mortgages and One Million Jobs 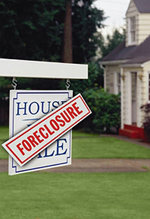 On August 17, ACCE and the New Bottom Line released a report detailing a solution to the foreclosure crisis. “The Win-Win Solution: How Fixing The Housing Crisis Will Create 1 Million Jobs” details how we can fix the housing crisis and revitalize our communities and economy if the banks were to lower the principal balance on all underwater mortgages to current market value.

One in five Americans owe more on their mortgage than their home is actually worth. Collectively, underwater homeowners will have to pay down $709 billion in principal before they can start building equity in their homes. Every effort to reboot the housing market to date has failed because it has not done the most essential thing: reduce the massive debt load carried by underwater homeowners.

The report reveals that if the banks stepped up and provided principal reduction on all underwater mortgages to current market value, we could:

(a) Create 1 million jobs every year — This includes over 300,000 jobs in California, the state hit hardest by the financial crisis.
(b) Pump over $70 billion per year back into communities– This includes $12 billion dollars per year in Florida, the second of the two states hit hardest by the foreclosure crisis.
(c) Save the average family over $500 per month on mortgage payment
(d) Solve the foreclosure crisis once and for all

“Homeowners across the nation are struggling to pay their boom-era mortgages with their recession-era salaries and the economy is suffering for it,” notes the report. “Writing down the principals and interest rates on all underwater mortgages to market value would serve as the second stimulus that America so desperately needs, only without added costs to taxpayers.”

As the banks have been able to profit from millions of people losing their homes,”The Win/Win Solution” demonstrates that the banks can afford to execute this plan. Last year, the nation’s top six banks paid out more than twice the cost of the plan ($71 billion per year) in bonuses and compensation alone ($146 billion in 2010). Currently, the nation’s banks are sitting on a historically high level of cash reserves of $1.64 trillion.

This is an opportunity for California Attorney General Kamala Harris to step up and be a hero to Californians. Standing up to Wall Street Banks is good policy and good politics.To help us prioritize our communities and our families and start rebuilding a working economy, join our call to Attorney General Harris to make principal reduction on underwater mortgages a key part of any foreclosure settlement with banks.

Editor’s Note: This is modified from a blog originally posted at http://www.newbottomline.com/underwater_mortgages_and_1_million_jobs For more information on ACCE and this campaign, visit www.calorganize.org