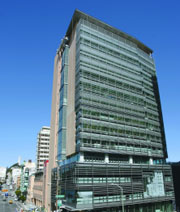 San Francisco’s November election contests have taken some surprising turns, altering the political equation in several races. Two of the biggest developments concern the 8 Washington referendum and the timing of the Mirkarimi ethics report, both of which could shape November supervisor races. Others include City College’s unforeseen accreditation crisis, the consensus reached on a business tax reform/increase initiative, and the withdrawal of Leon Chow, once the leading challenger to John Avalos in D11. Last week’s financial reporting also included some surprises, with D1 challenger David Lee raising more money than expected and Julian Davis in D5 much less.

San Francisco’s action-packed November ballot got some new wrinkles last week, courtesy of the 8 Washington referendum and the Mirkarimi Ethics Commission process. Neither are now likely to be factors in November supervisor races, with 8 Washington likely to be put off until November 2013 and the Supervisor vote on Mirkarimi almost certainly delayed until after the election.

The referendum on the 8 Washington condo project has qualified for the ballot. But it is unlikely to appear this November 2012 as many assumed.

The reason is that the Board of Supervisors needs to hold a meeting in response to the referendum, but is on recess until after the deadline for the November ballot. The Board would have to meet in emergency session, but this is unlikely. Board President David Chiu would have to call for such a meeting, and as the leading opponent to 8 Washington he has no incentive to do so.

Absent an emergency meeting, the project is completely stalled until the November 2013 ballot. This delay benefits opponents, and moves the referendum to a ballot that may also increase its chances of success (a low-turnout election rewards passionate voters, and opponents of 8 Washington are far more energized).

I have never viewed 8 Washington as an issue in the D5 supervisors’ race, but Julian Davis and the Bay Guardian believe otherwise. A November 2012 referendum gave those hoping to use Supervisor Christine Olague vote for the project to prove she is insufficiently progressive an opportunity to highlight the issue; now, it’s off the voters radar screen.

Olague has never been vulnerable from the left (she has a long history backing tenants and labor). And the D5 financial reporting as of June 30 show that Olague’s leading challengers are not fellow progressives.

Davis sent out a fundraising appeal last week describing his “surging grassroots campaign to stamp out corruption in City Hall,” and claiming he poses a “threat” to “San Francisco’s powerful political machine.” We’ll soon see if this appeal—-against Christina Olague of all people—starts bringing in the dollars.

I thought earlier this year that Supevisors Olague and Eric Mar would face tough pre-election votes on Ross Mirkarimi’s tenure as Sheriff. Mirkarimi’s popularity in D5 meant that Olague would lose votes regardless of how she voted, while if Mar voted for Mirkarimi it would likely cost him re-election.

But Mirkarimi’s strategy of turning the Ethics Commission hearing into a full-blown trial created such a vast record that the Commission will not finish preparing its report until September. And considering that no Supervisor has an incentive to rush a vote before the election, Mirkarimi’s fate is unlikely to become an issue in the November races.

This helps both Olague and Mar. Mar has also been helped by Avalos no longer facing well-funded opposition in D11. This shifts labor money and volunteers to Mar that would have gone to Avalos, a boost for the progressive incumbent in what has become the city’s key supervisors race this fall.

Challenger David Lee outraised Mar $106,000 to $64,000 through June 30, and he is likely to out spend every candidate for local office in November. D1 is the only district up for grabs in November where the top two candidates reflect the city’s historic downtown v neighborhoods, landlord v tenant, labor v capital divides. Corporate and real estate interests view Lee as their top supervisor priority.

Everyone in San Francisco wants City College to survive, grow and prosper. Yet the $79 annual parcel tax on the November ballot faces a tough challenge in the wake of the recent report that City College faces a loss of accreditation and even possible closure.

Prior to this bombshell announcement, the parcel tax seemed like a sure winner despite needing a 2/3 vote. But many voters will oppose the tax because they believe that City College is being mismanaged. Regardless of who is at fault for a crisis that took both Mayor Lee and College Board members by surprise, winning a 2/3 vote has become a major challenge.

The parcel tax’s failure would be devastating. And rather than hurt students by defeating the tax, voters should instead support the measure while implementing something that rarely occurs in San Francisco: the defeat of an incumbent College Board member.

Although some may believe that San Francisco Community College Board members serve for life, they actually must be re-elected every four years. This year, as almost always, four incumbents (Natalie Berg, Chris Jackson, Milton Marks, and Steve Ngo) are running to retain their seats.

Both Rodrigo Santos (who may be the first potentially winning candidate for citywide office to hold his kickoff in the Tenderloin) and Hanna Leung have a shot at taking out one or two incumbents. But candidates challenging incumbents must get their backers behind the parcel tax— fixing City College requires better management and more money.

Because Mayor Lee’s “consensus” strategy has eliminated major opposition to ballot measures creating the Affordable Housing Trust Fund and reforming and increasing business taxes, money that would have been going into nasty mailers and television ads will instead go to messaging about the city’s unifying for positive change. The bitter responders to on-line anonymous comment sites won’t like it, but it is a healthy development for San Francisco.

It is also a positive for local progressive interests, who can instead devote time and money to battling against the anti-union Prop 32 and for Governor Brown’s Prop 30 tax increase measure (for example, on August 3 the California Nurses Association gave $1 million to Prop 30). With both these critical initiatives needing all the help they can get, California activists accustomed to leaving to work in presidential battleground states might consider staying around this year to win progressive state fights—especially as Obama’s margins against Romney widen.