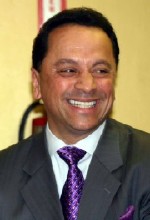 Ed. note: It has been a week since two New York City Democrats threw the state into chaos by switching to back Republican control of the State Senate. As the New York Times article below describes, the switch in loyalty came as the legislature was about to enact statewide vacancy control, as well as other tenant protection measures. Many suspect landlords bought off the key legislator, whose Bronx district has the second most rent-controlled buildings in the state.

In the weeks before Mr. Espada bolted, Senate Democrats were poised to vote on the most significant expansion of rent regulation and tenant rights in a quarter-century, including legislation that could have cost the owners of the more than one million rent-stabilized apartments in New York City and its suburbs billions of dollars on their investments.

Mr. Espada, as chairman of the Senate Housing Committee, had assured Democratic leaders he would take up the bill, already passed by the Assembly, but repeatedly blocked it, citing technical objections and scheduling issues. Last Monday, after he defected to the Republicans and ascended to the Senate presidency, he announced he was opposed to the legislation.

His move has all but assured that the bill will die this year.

Democrats said Mr. Espada’s actions raise questions about whether he received financial support from real estate interests as he contemplated his switch of allegiance to the Republicans. As chairman of the Housing Committee, he would be expected to be a primary beneficiary of contributions from the industry, which is among the most powerful in Albany.

But he has refused to file financial disclosure statements required by state law, keeping all of his donations shrouded in secrecy. The industry’s chief lobbyist declined on Tuesday to estimate how much members of his group, the Rent Stabilization Association, had given to Mr. Espada.

The impact of the legislation’s collapse could be far-reaching and comes as the recession has intensified tenants’ fears of eviction while exposing real estate developers to severe financial strain, as loans dry up and public subsidies wither.

Some developers in recent years attracted private equity funding as they paid premium prices to buy up thousands of rent-stabilized units with the intention of converting them to market-rate apartments. The new law would have sharply limited increases in those rents, costing some firms billions.

The bill’s shelving underscores that last week’s circus atmosphere in the Capitol is more than outrageous political theater — it has consequences for many New Yorkers.

“Issues that have been waiting to be addressed have now been tanked by this political chaos,” said Dick Dadey, the executive director of Citizens Union, a civic group.

A key provision of the legislation would have abolished vacancy decontrol, a procedure that has allowed owners of rent-regulated apartments to move hundreds of thousands of units out of the rent-stabilization system, according to estimates by tenant advocates, and would have restored rent regulation to most of the apartments that have already been converted to market rents.

Republicans, traditionally friendly to the real estate industry, have strongly opposed such measures.

“Clearly, chaos — from our perspective — is not such a bad thing,” said Joseph Strasburg, the president of the Rent Stabilization Association, the main trade association for owners of rent-stabilized apartments. “A lot of things are not going to get done.”

If the Senate had remained under Democratic control, Mr. Espada would have been under enormous pressure from Senate Democratic leaders to support the bill. Malcolm A. Smith, the Democratic leader, had pledged to pro-tenant advocates and other allies the party depends on at campaign time that the Democrats would push the legislation through.

Only three days remain in this year’s legislative session, and tenant advocates believe there is little chance the bill will come up for a vote next year, either, since lawmakers will be up for re-election and reluctant to displease real estate donors.

Mr. Espada’s Bronx Senate district has more regulated apartments than that of all but one other senator. In an interview, he said that the legislation, especially the provision that would have limited landlords’ ability to remove units from rent regulation, would have hurt both renters and owners, especially during a downturn.

“We lived through the 1970s in the Bronx,” said Mr. Espada. “If you take away the incentives to invest in these apartments, you are taking away jobs and contributing to the housing stock getting worse.”

Landlord groups have carefully courted Mr. Espada, starting last fall after he defeated an incumbent Democratic senator but refused to pledge his support for Mr. Smith, leaving open the possibility of an alliance with Republicans.

Soon after the election, Mr. Strasburg arranged for Mr. Espada to have dinner with Dean G. Skelos, the Republican leader, in San Juan, P.R., where Mr. Espada was attending a conference with other lawmakers.

Mr. Skelos did not succeed in his efforts to persuade Mr. Espada to join him at the time. Instead, Mr. Espada negotiated with Mr. Smith to become chairman of the Housing Committee.

Mr. Espada was represented in those talks with Mr. Smith by Stanley K. Schlein, an influential Bronx lawyer. When the Senate convened in January, according to state records, both the Rent Stabilization Association and the Real Estate Board of New York, a real estate trade group, hired Mr. Schlein as their lobbyist.

In the months that followed, Mr. Espada pleased the landlords as he repeatedly delayed the vacancy decontrol legislation.

Mr. Espada said that Mr. Smith had acted improperly in trying to force him to schedule a vote and now says that as president he will allow the bill’s supporters a vote on the Senate floor. But tenant advocates had little faith that Mr. Espada will keep his word. They blamed Mr. Espada for the delays. “It’s been clear to us for weeks that Pedro’s strategy has been to let the clock run out, and then say he ran out of time,” Mr. McKee said.

Mr. Espada declined to say precisely how much money he received from the landlords, but adamantly denied that it played any role in his defection. “The money that Malcolm Smith got from landlords will far outweigh any contributions that I got,” he said.