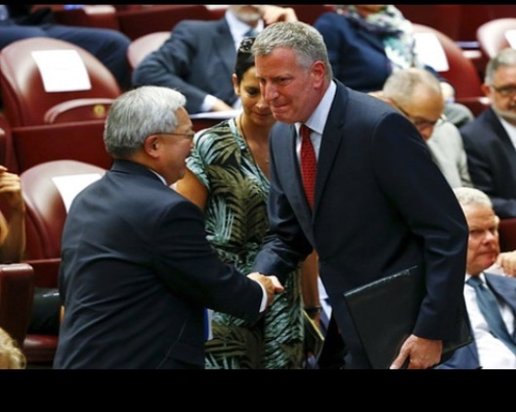 What do the mayors of San Francisco, New York City, Chicago, Seattle, Los Angeles and other major U.S. cities have in common? All face rising public criticism over unaffordable housing, decaying transportation, rising homelessness, police shootings, inequality, and a perceived decline in the quality of life.

It’s a tough time to be a big city mayor. And the reason is obvious: nearly four  decades of declining federal support for cities has taken its toll.

Despite the economic recovery even the nation’s richest cities like San Francisco and New York City cannot make up for the staggering loss of billions of dollars in federal housing, transit, and infrastructure funds. Rising homelessness may get the most media attention, but the shutdown of the Washington DC subway system, New York City’s L line, and reduced service on the Bay Area’s BART system show just how bad the urban transit crisis has become due inadequate federal funds.

The problem mayors face is that big city residents don’t want to hear excuses. They are paying a lot for housing and expect results. They want to believe—against all evidence– that a “smart” mayor can “find the resources” necessary to fix transit systems, keep streets safe and end homelessness.

This constituent pressure causes local progressive officials to join this blame the mayor game. They end up pursuing a reactionary strategy of shifting responsibility away from the federal and state officials responsible for systemic urban problems and toward even progressive mayors.

San Francisco’s homeless problem is a classic example of this cynical “blame the mayor” game. San Francisco, like other cities above, has thousands more homeless persons than vacant units to house them. It also has nowhere near the over 6000 affordable vacant units necessary to house its homeless population.

Who caused this homeless problem? Is it Mayor Lee’s fault? Or did he inherit it from former Mayors’ Newsom, Brown, Jordan, Agnos or Feinstein?

Experts on homelessness will all tell you that federal funding cuts beginning with Nixon’s elimination of new public housing and followed by Reagan’s devastating cuts to affordable housing initially caused widespread homelessness. A lack of federal affordable housing money since that time has ensured its persistence.

Media focus on the failure of mayors to “solve” homelessness is a central part of its deeply flawed coverage of the issue going back decades.

For example, in a recent New York Times story on the San Francisco media’s plan to “flood” the city with stories on homelessness, San Francisco magazine editor Jon Steinberg said “We are all fed up. We feel there is not enough movement and accountability on the issue.” But while San Francisco magazine has increased coverage under Steinberg’s leadership, throughout its long history the publication has done little to educate the public about the federal and state government’s role. If we are going to talk about “accountability.” the media must be included.

Chronicle Editor Audrey Cooper is quoted in the article promoting a proposal “that the city build a mental health center large enough to treat the mentally ill on the streets.” But what Cooper describes as an article exploring “the cost and the feasibility of institutionalizing people” seems like a clear violation of the 1999 Supreme Court ruling in Olmstead v. L.C.  In that ruling the Supreme Court held that “unjustified segregation of persons with disabilities constitutes discrimination in violation of title II of the Americans with Disabilities Act.”

If Mayor Lee actually proposed such a large facility the Chronicle would be all over him for ignoring Olmstead’s requirement that those with mental health issues be placed in community settings, not large institutions. The Mayor would also be challenged for insufficient funding to implement this multi-billion dollar proposal, a prerequisite the media is free to ignore.

Despite the drastic impact caused by federal funding cuts (and the failure of California Governor Jerry Brown to fund affordable housing), many San Francisco progressives continue to insist that the city’s homeless problem is Mayor Lee’s fault. Supervisor David Campos even claims that the city can end camping solely by spending $60 million on six Navigation Centers, ignoring that the opening of the first Center did not reduce camping.

The massive homeless problem in San Francisco—-and in New York City, Seattle, Los Angeles, San Jose and other cities—cannot be solved by opening small, intensive and very expensive shelters. Any new facilities get people off the street, but if Campos really wants to maximize shelter space he should instead back a 350 bed bare bones facility that would double the number housed in all of his navigation centers combined at a fraction of the cost.

I used to be on the same page with San Francisco progressives in backing Housing First over expanded shelters. But now some support the biggest financial investment in shelters in city history while claiming that Mayor Lee can fund sufficient housing exits if he only has sufficient “will.”  Unfortunately, in the real world the mayor’s desire to end homelessness does not make up for the lack of federal and state affordable housing funding or the physical lack of space in the city to house 6000 homeless people

Media criticism of de Blasio has been relentless. A New York City media that ignored rising homelessness under billionaire Mayor Bloomberg now constantly blames de Blasio for the problem. He has been pummeled for opposing more charter schools, for indirectly raising money to defeat State Senate Republicans (a lot of New York City policies are set by the state), and for major subway breakdowns.

Progressives have joined the media’s de Blasio blame game. They accused his East New York affordable housing/rezoning plan of being a blueprint for gentrification, criticized the lack of Latinos in his administration, and denounced him for allowing NYPD mistreatment of African-Americans to persist.

Progressive supporters of de Blasio absolutely should be keeping him politically accountable. And they have a right to high expectations. But too often criticism from the left downplays systemic problems that cannot be solved locally and/or in three years.

De Blasio remains the favorite for re-election in 2017, but in this terrible climate for big city mayors he could be vulnerable. His first term has been a case study in how the lack of state and federal support can undercut progressive big city mayors.

Activists can do a lot of locally. But rebuilding and expanding transit systems, serving all those with mental health needs, and ending homelessness or the affordable housing shortage requires a national funding commitment that is beyond the power of local mayors.

We are near completion of a hard fought Democratic Presidential contest in which the lack of federal affordable housing funding was never even mentioned in a debate. Blaming local mayors alone has contributed to this national censorship,  and it has proved a failed strategy for bringing about urban justice.