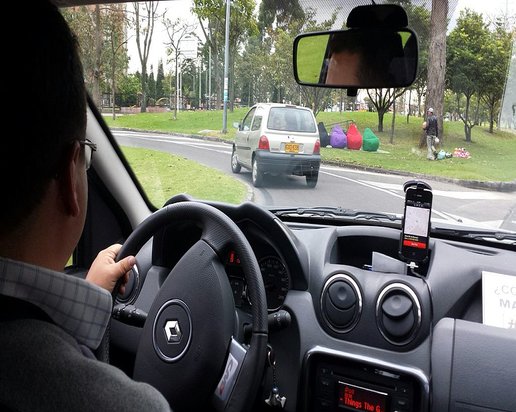 A recent guest editorial in the Denver Post argued that “it’s time to Uber our bus system” with privately operated demand-responsive service downtown.

While contracting out some bus operations can work, writes Jarrett Walker at Human Transit, the notion that the “demand responsiveness” of Uber will translate to transit routes carrying thousands of people every day is preposterous:

Uber today is a taxi and (limited) shared ride service using small vehicles to carry small numbers of people at once. Assuming you pay the driver decently (a big assumption in the private sector) the cost-effectiveness of transit is going to lie in passengers per driver, because pending driverless vehicles, the driver is most of the cost. And the only way to get that number high is to run large vehicles in fixed-route services that are so well designed, and optimized over so many purposes, that lots of people ride them. The Uber model does not scale to large-vehicle fixed-route transit, which is also known as cost-effective transit.

Downtowns are big, dense, and need to use street space efficiently, so large vehicles are the key. Compared to big buses with decent ridership, demand-responsive service is a way of carrying very few people at a high cost. There is no way that a demand-responsive solution, in a place where fixed routes could work just as well, makes any sense as a way to make transit affordable to low-income people, one of Ruhnka’s alleged concerns. Affordability is scalability. If a solution doesn’t scale efficiently — in terms of labor cost, energy, and urban space, it will naturally be expensive.

So to the extent that some people think they need a demand-responsive service downtown (apart from paratransit for the disabled) by all means let Uber and Lyft do that. Demand-responsive is such an intrinsically inefficient form of transit that deploying it downtown can only be for the purpose of serving relatively fortunate people at fares much higher than transit fares. That’s a great role for the private sector. There is also a role for demand responsive service in suburban areas where development patterns preclude efficient transit, through contracts between demand responsive providers and transit agencies. But not downtown.

Another way of describing all of the “demand responsive” or “Uberization” fantasies is that they are predicated on moving large amounts of steel and rubber per customer trip, compared to big-vehicle fixed-route transit. Even without considering the economics of labor, this can only be less efficient, in terms of energy and urban space, than what crowded big-vehicle transit achieves.