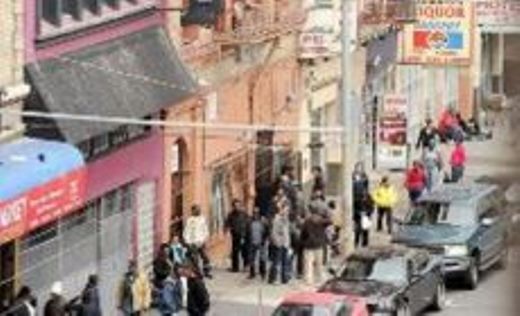 Randy Shaw wrote a piece (“SF Public Defender Wrong About Tenderloin Drug Dealing,” December 11) challenging me about my stand on drug arrests and strategy in the Tenderloin the day after I was quoted in the Chronicle, claiming that my disapproval of current police strategy is “essentially suggesting” that authorities should “allow the Tenderloin to remain open for illegal drug activities.”

I suggest no such thing, essentially or otherwise. What I do strongly believe is that Tenderloin residents are entitled to solutions that will meaningfully impact their community in the long-term, not merely provide a short-lived hiatus in drug sales, nor temporarily shift drugs to the other side of the street, the next block, or the next underserved community. I speak from over 19 years’ experience as an SF public defender during which I have represented hundreds and hundreds of Tenderloin residents.

No doubt “hot-spot policing” may reduce drug traffic temporarily in that particular spot. Is that the best—and only—thing that we ask our leaders to do? I want our leaders to focus on outreaching to folks who are so desperate they put their safety in jeopardy with inherently dangerous work, causing inevitable interaction with frustrated and scared police officers and routine dehumanization in the cycle in and out of jail. I want our leaders to find out what services are needed to prompt people to make different choices and then to make those services available, free of shame.

The San Francisco Public Defender’s Office has taken proactive steps to get at the root problems — addiction, homelessness, housing insecurity, and mental and psychiatric illness. We’ve partnered with several agencies, including the police, in the L.E.A.D. program, or Law Enforcement Assisted Diversion. This program focuses on low-level drug offenders in the Mission and Tenderloin, offering them community-based health and social services as an alternative to jail. We can keep chipping away at San Francisco’s drug issue crumb by crumb or we can expand and complement programs that offer real solutions.

By arresting street-level drug sellers on low-level offenses—all addicts supporting their own habits or destitute individuals trying to merely get by or being controlled by the higher-ups actually profiting from the sales—instead of investing in outreach or implementing operations to cut off the supply before it gets to the street, SFPD insists on perpetuating a revolving-door system: arrest, charge, release, repeat. Those who live and work in the Tenderloin and all underserved neighborhoods deserve so much more.