TNR and the Power of NYC Media 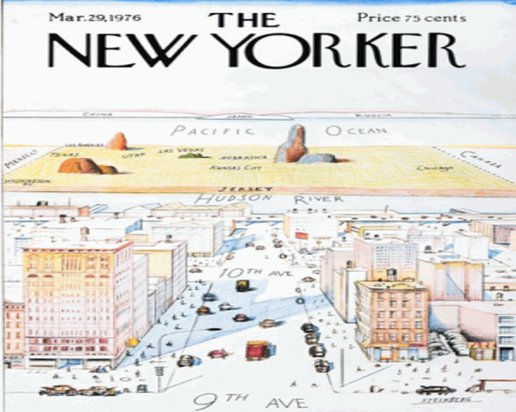 The New Republic magazine had a staff upheaval last week. Based on the massive coverage in the New York Times and the volume of tweets from journalists, one would think that the very fabric of national political debate has been torn asunder.

According to the December 8 New York Times, a full scale “revolt” occurred at TNR. The huge, two page story was the third run by the Times on the “meltdown,” which means that a politically irrelevant publication has now likely garnered more attention in the nation’s leading newspaper than the many websites and publications that do actually shape public attitudes.

TNR “influence” was artificially inflated by its New York City home and the social connections of its its overwhelmingly white male writing staff. The NYC media sticks together. When the editors of TNR came under attack, their friends in the media turned a minor publication’s internal problems into a national story with allegedly broader implications for the future of “new” media.

I last read TNR in the 1970’s, and cannot recall getting sent a link or a recommendation to read one of its stories since that time. A common thread among  the many laments about its staff shakeup is a lack of  evidence that TNR had shaped the national debate.

TNR has a proud legacy from its founding in 1914, but has lacked political relevance for nearly forty years. It has been the toy of wealthy owners, with former Facebook executive Chris Hughes the most recent example.

A recent article in vox.com went so far as to accuse Peretz’s TNR of “overt racism.”As writer Max Fisher puts it, “A publication that buoyed racism was tolerable. A publication that fired two beloved white men was not.”

I understand the cache TNR holds for white male writers and academics needing a traditional masthead to expound their views.I am sure that those leaving include solid journalists who will go on to write good stories elsewhere.

But if this publication were based in Los Angeles, San Francisco or Chicago, its demise would at most have been a one-day story tucked deep into the NY Times’ Business Section.

The Inflation of Carmelo

The preposterous inflation of TNR’s contemporary importance reminds me of the  national fuss last summer surrounding Knicks star Carmelo Anthony’s future signing. Anthony is a very good basketball player but if he didn’t play for the Knicks the national media would not have cared much where he signed.

Instead, there were daily stories on Anthony’s potential plans. And after all the massive coverage, Anthony returned to the Knicks as expected. His inability to turn a weak team into a contender is again being confirmed this year, as the Knicks have one of the worst records in the league. This was predictable when Carmelo resigned with the team to a near maximum contract, yet ESPN and the New York City-dominated national sports media made it appear that Carmelo’s choice of teams for 2014-15 would greatly impact the upcoming NBA season.

Once again, news judgment was sacrificed to a New York City media sensibility that has survived despite the national audiences created by the Internet.

Remember Jason Kidd? He’s now coaching the Milwaukee Bucks. He may as well be in Siberia as far as the national sports media is concerned.

It was only last year at this time that Kidd stories were everywhere as he underwent his first season as a head coach. But that was with the Brooklyn Nets. Having left New York City for the Midwest, Kidd has dropped about as far as one can from the national media spotlight.

The TNR flap reminded me of Saul Steinberg’s legendary March 29, 1976 New Yorker cover, titled “View of the World from 9th Avenue“. The cover shows a map of the United States dominated by New York City’s Upper West Side. The area west of the Hudson river– which comprises most of the United States—- is shown as undeveloped plains and rock formations until reaching the Pacific Ocean.

Steinberg’s cover became iconic because it so perfectly captured the sensibilities of New York City residents and the NYC-based media. And for all the talk of the internet and global communication systems, that NYC centric sensibility remains today.