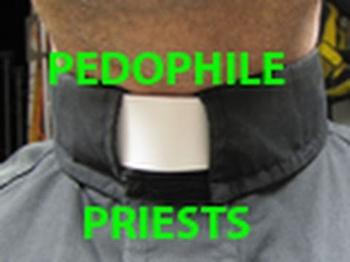 In a December 28, 2016 letter to bishops, Pope Francis exhorted them “to adhere to “zero tolerance” so that “these atrocities [sexual abuse of children by priests] will no longer take place in our midst.”  However, since his appointment as Pope in 2013, Pope Francis has not made “zero tolerance” a reality.  It is time to do so.

The heinous nature of pedophilia among Roman Catholic priests was vividly brought home to me by the two-part Canadian docudrama, The Boys of St. Vincent, which is based on true events. The first part of the docudrama is set In the 1970s, where boys at St. Vincent’s, a Roman Catholic orphanage in St. John’s, Newfoundland, are repeatedly victimized emotionally and physically by the brutal superintendent, Brother Lavin, as well as by other members of the clergy. Eventually the orphanage’s secrets are laid bare, but the church seeks to cover up the scandal.

The second part is set fifteen years later when the various boys are brought in to testify against the brothers, who are now finally standing trial for assaulting them when they were children. The former head of the orphanage, Peter Lavin, has been married for several years at this point, has two children, and is living in Montreal when he is placed under arrest and brought to stand trial. While he maintains his innocence, the boy he favoured durring those years, are faced with revisiting the abuse and trauma they sustained as children.

Who could forget Irish singer Sinead O’Connor, who on Saturday Night Live in October 1992, tore a photo of Pope John Paul II.  Later, she posted an open letter to Pope Benedict criticizing the Catholic Church’s role in, and initial coverup of, the child abuse in Ireland.  She was vilified at the time, but has since been vindicated. Because of her, the extent of the problem of priest pedophilia became more widely known.

Unfortunately, so little is said about the victims of these pedophile priests?. Pedophile priests acted criminally by taking advantage of the intimate trust of their youngest and most vulnerable parishioners. But it is also apparent that the Roman Catholic Church itself, rather than acting decisively to end the victimizations and facilitate prosecutions, had engaged in a systematic effort to shield predator priests dating back several decades.  Childhood abuse can lead to lifelong health and social issues.

One source claims that Pope Francis admitted that “about two percent” or 1 in 50 Roman Catholic priests are pedophiles.  If the claim is true, that means there are about 8,200 pedophile priests.  Survivors Network of Those Abused by Priests, or SNAP, said the “real percentage of predator priests” is much higher than 2%.  SNAP called upon the Vatican to fire or defrock pedophile priests and their enablers.

Cardinal George Pell, a top advisor to Pope Francis, who recently took a leave of absence as the Vatican’s financial chief to fight criminal charges in his native Australia.  It is alleged he committed sexual assault in the past.  Cardinal Pell disputes the charges but these charges may be a serious obstacle to the Pope’s “zero tolerance” commitment.

The Pontifical Commission for the Protection of Minors (Commission), whose sole purpose is to propose initiatives that could protect children from pedophiles in the church.  In February 2016, the Commission met amid increasing public criticism that Pope Francis was not delivering on his promise of “zero tolerance” for sexual abuse and cover-ups by church higher ups..

The Pope’s “zero tolerance” promise took another hit in February 2017, when Ms. Marie Collins resigned from the Commission.   In her resignation comments,  Ms. Collins said, “There are people in the Vatican who do not want to change or understand the need to change.”  Ms Collins added, “I can’t stick with it any more. They are not co-operating with the Commission.”  Ms Collins, who was raped at age 13 by a hospital chaplain in Ireland, was the only active abuse survivor on the Commission.

Ms. Collins’ resignation and critical comments may have prompted Pope Francis to fire hard-line Cardinal Gerhard Mueller,  prefect of the Congregation for the Doctrine of the Faith, the Vatican office that processes and evaluates all sex abuse by pedophile priests.

Has Pope Francis done enough to hold bishops and priests accountable for the abuse scandals that have swept through the Catholic Church?   Italian journalist Emiliano Fittipaldi says “no.”  Fittipaldi, who wrote an expose about corruption in the Roman Catholic Church, has written a new book Lussuria (Lust), based on court documents and interviews with priests and judicial officials that paints a damning picture of Francis’s papacy. Fittipaldi claims that 1,200 plausible complaints of molestation against boys and girls from around the world have been brought to the Vatican’s attention in that period. In some of the twenty cases of alleged sexual abuse by priests in Italy in 2016, Fittipaldi claims priests have been convicted of abuse without the church taking any canonical action against them.  Fittipaldi accuses Pope Francis of doing “close to nothing” to stop clerical sexual abuse in Italy and around the world.

It is clearly time for Pope Francis to stop talking about “zero tolerance” and to do something about it.  It is a “sin that shames” the Roman Catholic Church.