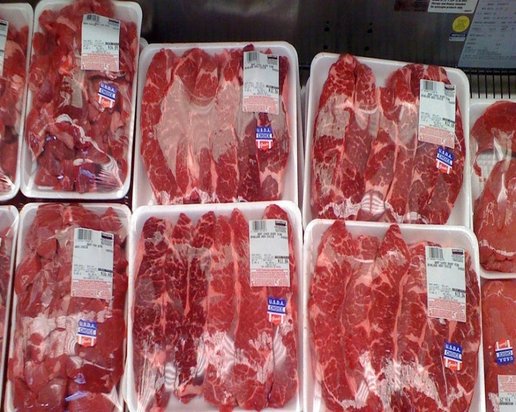 NAFTA partners can sue the U.S. for a combined $1 billion annually in retaliatory tariffs over Country of Origin Labels for meat.

In a move that watchdogs say presents a “glaring example of how trade agreements can undermine public interest policies,” the World Trade Organization (WTO) ruled on Monday that the U.S. can be forced to pay $1 billion annually by NAFTA partners for its establishment of food safety laws.

In its decision, the WTO authorized $781 million from Canada and $227 million from Mexico in annual retaliation tariffs over the U.S. law requiring Country of Original Labels (COOL) for certain packaged meats, which food safety and consumer groups say is essential for consumer choice and animal welfare, as well as environmental and public health.

The United States’ North American trading partners argued that being forced to label where animals were born, raised, and slaughtered placed an undue burden on livestock producers and processors and, as AgriPulse reports, “ultimately persuaded the WTO that the law accorded unfavorable treatment to Canadian and Mexican livestock.”

Citing a May 2015 speech during which U.S. President Barack Obama brushed aside warnings that agreements like NAFTA and the pending Trans-Pacific Partnership (TPP) could undermine important regulations, Wallach continued: “We hope that President Obama stands by his claim that ‘no trade agreement is going to force us to change our laws,’ but in fact rolling back U.S. consumer and environmental safeguards has been exactly what past presidents have done after previous retrograde trade pact rulings.”

The ruling comes just two weeks after the WTO also ruled that U.S. “dolphin-safe” tuna labeling poses a “technical barrier to trade” that must be eliminated or weakened.

Consumer advocates say that rulings provide a stark warning as Obama attempts to rally congressional support for the 12-nation TPP, which critics warn also compromises food safety by, among other things, limiting inspections on imported foods.

The Republican-led House of Representatives last spring already passed a measure repealing the meat label provision—despite the fact that 92 percent of Americans support the policy.

Now, with the WTO ruling bolstering their case, meat industry lobby groups, including the National Cattlemen’s Beef Association, are pushing the rest of Congress to follow suit.

According to AgriPulse, “Sources have indicated that a repeal provision may be attached to either the omnibus spending bill expected to be debated this week or a customs enforcement bill also expected to be considered before Congress is scheduled to adjourn for the year next week.”