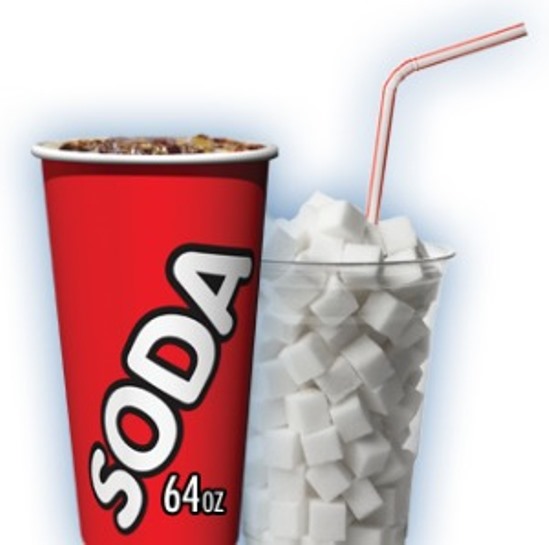 The beverage industry has a variety of go-to defense arguments when faced with the threat of a soda tax like San Francisco’s Proposition E. “Freedom of choice” is popular, and a deliberate misrepresentation of the issue, since soda taxes are not bans. Or the familiar insistence that education , not policy, is the answer, but where would we be if we rejected policies on wearing seatbelts, smoking indoors, or using asbestos, and instead relied solely on education to bring change? A talking point that Big Soda has been harping upon in San Francisco is one that envelopes them in a warm, empathetic light: that soda taxes are regressive (equally applicable to everyone, regardless of income) and therefore “hurt the poor.”

This is a carefully calculated strategy, as any talk of price increases tends to raise the public’s antennae, especially in progressive areas like SF. Who would want to support a policy that could potentially add to the economic burden millions of Americans already endure?

In the case of Big Soda, though, this is a blatant case of hypocrisy. While the welfare of low-income individuals is a front and center talking point for them when it comes to battling taxes, this concern is conveniently overlooked when it comes to marketing and peddling sugar-sweetened drinks.

As the Berkeley Media Studies Group (BMSG) points out in this brief from 2010, the beverage industry is notorious for engaging in “target” marketing:

“When marketers segment their audience by race or ethnicity they call it “multicultural marketing,” but we will refer to it as target marketing because the point of the marketing isn’t to celebrate the multitude of cultures in the U.S., the point is to get certain groups to eat and drink more junk food.”

The end result? African-American youth see 80 to 90 percent more ads for sugary drinks than their white counterparts, according to a 2011 report by the Yale Rudd Center for Food Policy & Obesity. And that’s not all. The report also concluded that “some brands disproportionately target black teens, with black teens as compared to white teens seeing two to two and a half times as many ads for Vitamin Water, Sprite, Sunny D, 5-hour Energy, and Mountain Dew in 2010.”

One important clarification: of course not all people of color are low-income, but as Dana Woldow wrote this past January, there is a correlation in San Francisco:

“Know who has the lowest household income in San Francisco? Families of color.

“Junk food companies will say that target marketing is just smart business practice. They’ll say they are just giving consumers what they want. But we don’t think any group wants more than its share of diabetes, hypertension, or heart disease. Target marketing of unhealthy food and beverages contributes to racial inequities by promoting high fat, sugary, salty foods to communities where the rates of childhood obesity are highest and growing the fastest. While marketing is not the only thing creating this inequity, it strongly affects what people eat and drink.”

That probably explains why, according to a 2013 Gallup poll, “young adults, nonwhites, and the low-income in the U.S. drink more regular soda than other Americans.”

Without a doubt, health inequalities are a public health problem that needs to be addressed.

As this recent study in the Journal of the American Medical Association concludes, “There appear to be continued increases in the prevalence or incidence of [Type 2] diabetes among subgroups, including non-Hispanic black and Hispanic subpopulations and those with a high school education or less.”

That’s right – type 2 diabetes, the chronic disease that, according to a recent study in the American Journal of Preventive Medicine costs each patient “an average of nearly $85,500 to treat the disease and its complications over his or her lifetime.” Talk about regressive!

I certainly hope those who push the “personal responsibility” meme don’t try to make the classist (and borderline racist) argument that these differences can be attributed to individuals in lower-income brackets being “less responsible” than their wealthier counterparts, especially when we have proof that junk food is ubiquitous and heavily marketed in many lower-income communities.

Consider New York City’s Bronx borough, where, in one low-income neighborhood (Corona Tremont), junk food advertisements outweighed healthful ones by a ratio of eleven to one. Eighty-eight percent of food stores had advertisements for sugar-sweetened beverages.

And, as New York City’s Healthy Bodegas Initiative (“an effort to increase healthier food access in bodegas and to encourage residents to demand healthier food at these neighborhood stores”) reports, “Only four percent of corner stores in [lower-income neighborhood] Harlem sell leafy green vegetables compared to twenty percent on the [more affluent] Upper East Side neighborhood.”

In essence, Big Soda has largely contributed to factors that help explain the class and race-based nutritional divide in the United States. If the well-being of lower-income Americans is so important to the beverage industry, how about ending the relentless marketing onslaught of sugar-laden and harmful products targeted right at them?

Or, better yet, how about not spending millions of dollars battling a soda tax that will help fund medically sound nutrition education, as well as cooking classes and dental care for low-income residents, expanded physical education and nutritional services, water bottle filling stations, and better school meals for children?

Regardless of income bracket, a robust revenue stream to counter Big Soda’s deceitful propaganda is what everyone needs. San Francisco voters can help make this a reality in November by voting Yes on Proposition E.