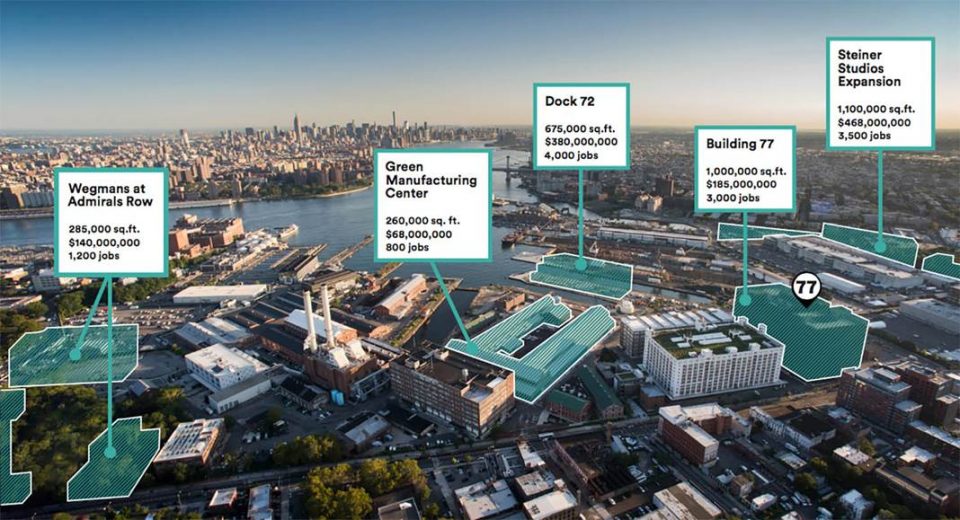 Wegman’s grocery store has come to Brooklyn. And according to the New York Times‘ always perceptive Ginia Bellafante, New Yorkers are “losing their minds.”

I was unaware of Wegman’s until last week. But I am very familiar with the history of the Brooklyn Navy Yard where Wegman’s opened. In The Activist’s Handbook  I tell the story of an incredible grassroots campaign to stop a waste incinerator from taking over the Navy Yard—-a struggle waged by Puerto Rican and Hasidic residents and environmental activists against virtually every powerful interest group in New York State, including the New York Times.

Other than in my book, this David defeats Goliath grassroots victory has been erased from stories on the Navy Yard’s revival. An incinerator planned in the 1970’s and expected to begin operating in 1986 was finally killed in 1995—-due to a remarkably strategically savvy campaign. Its death was completely ignored by the New York Times, whose powerful editorial support for the incinerator fueled the project and caused politicians to oppose it at their peril.

Huge grassroots activist victories are often erased from the historical record. It’s part of a larger narrative that urges people to channel policy participation into electoral politics alone. Americans are told that voting satisfies a citizen’s civic engagement duties, as opposed to working to solve problems  in between elections.

When Luis Garden Acosta, one of the leaders of the anti-incinerator fight, died last January the New York Times obituary referred to his “lobbying” against the incinerator. But as I wrote in my obituary of him, he was far more than a “lobbyist.” Garden Acosta practiced a “by all means necessary” approach in Williamsburg in addition to helping to unite two communities often in conflict over the safety of their children.

Few outside the campaign thought the anti-incinerator coalition had any chance to prevail. But due to brilliant strategies and tactics it did. A media with an agenda that promoted grassroots struggles would have put this victory in the headlines. They would use it to offers lessons for activists working in other struggles.

But that is not the mainstream media we have in the United States. So the victory by the anti-incinerator coalition went unreported in the New York Times and other local media. And forgotten is how the remarkable transformation of the Brooklyn Navy Yard only became possible because activists’ defeated the plan to house a waste incinerator.

The biggest reason there is not more activism in the United States is the feeling it makes no difference. And ignoring big grassroots victories like at the Navy Yard contributes to these feelings of ineffectiveness. After all, if you never hear about activists winning anything big it makes sense for people to focus energies elsewhere.  It leads people to doubt the power of grassroots power.

So let’s take a moment to celebrate what the Brooklyn Navy Yard has become, instead of the home to a toxic waste incinerator it was supposed to me.  I’ve heard the criticism about Wegman’s excessive parking and I am not defending that. But the Brooklyn Navy Yard is a remarkable success story, and none of it would have happened without grassroots activism.

Randy Shaw is Editor of Beyond Chron. He tells the story of the Navy Yard in The Activist’s Handbook: Winning Social Change in the 21st Century.