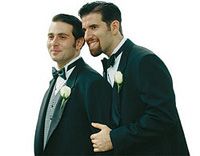 While Bush’s election has cast a pall over the Bay Area, it should not allow us to forget the many good political developments of 2004. After all, while progressives look back fondly on the struggles of 1968, that year saw the assassinations of Martin Luther King and Robert Kennedy and culminated with the election of Richard Nixon to the White House. Here’s my chronological list of the ten top positive political events that impacted the Bay Area in 2004 and should not be forgotten.

1. The Howard Dean Campaign and the rise of Internet Activism

Howard Dean’s presidential campaign crashed and burned on a cold January night in Iowa, but it dramatically altered the course of progressive politics in
America in four critical ways.

First, Dean showed that Democrats could raise millions in small donations via the Internet rather than rely exclusively on wining and dining major donors.

Third, Dean was the first Democrat to take an aggressive approach toward President Bush. This more hard-nosed approach was picked up by John Kerry and injected a new combativeness into the Democratic Party.

On February 3, 2004 the Board of Supervisors approved a 1600 unit project at 201 Folsom and 300 Spear that required the developer to provide nearly 50% more affordable units than required by city law. The big story here is not the additional 95 units—rather, it is the precedent it set for the Board to view the city’s current inclusionary housing requirements for large projects as a floor, not the ceiling.

Mayor Newsom’s sanctioning of gay marriages in San Francisco last February created excitement and joy for thousands of San Franciscans and for gay and lesbian couples across the nation. At the time few saw any connection between gay couples embracing at City Hall and the November presidential race, and the widely advanced claim that Newsom’s action may have cost Kerry the election continues to lack empirical support.

Regardless of one’s assessment of the process (or lack thereof) that led to Newsom’s decision, or of his proceeding in a way that required the Supreme Court to rule against the city, the bottom line is the action galvanized San Francisco and connected people to city government in an unprecedented way.

Prop J, the so-called Workforce Housing Initiative on the March ballot, represented a stealth plan by Newsom and the Chamber of Commerce to rezone the city for high- rise residential development. Backed by a newly-elected mayor with record-high popularity due to his gay marriage action, Prop J had unlimited funds and seemed like a shoe-in for victory.

But a coalition of Gonzalez supporters and Westside neighborhood interests came together to defeat Prop J by an astonishing 70-30 margin. Prop J’s defeat marked a major setback for the Chamber, which had seen itself in the drivers seat following Newsom’s victory.

Warren Hinckle wrote that Prop J was not a defeat but a “humiliation.” The Chamber was not smiling—and Hinckle soon went from associate editor of the Examiner to being excluded from its pages.

5. Anti-Demolition Legislation Passes the Board

Mayor Newsom’s veto of Supervisor Daly’s anti-demolition law last April should not detract from its proponents success at getting seven supervisors to vote in favor of tenants and rent-control against powerful special interests. The campaign around the Trinity Plaza Apartments became a political dividing line, and laid the groundwork for Angelo Sangiacomo’s recent agreement to the community’s demands.

6. The Launching of Care not Cash

Despite the controversy, since its May launching Care not Cash has already enabled the city to lease 600 quality housing units for homeless persons. This exceeds the number of supportive housing units that would have been created if Prop A had passed last November.

Care not Cash has also immunized homeless housing programs from city budget cuts. The measure created a baseline budget that cannot be reduced, a feature that will prove increasingly important in the lean years ahead.

Did Care not Cash prevent all cuts to homeless programs? No. Does the public notice a decrease in homelessness? No. Are there perhaps more people sleeping on the streets than ever before? Yes. But Care not Cash greatly increased the net number of homeless persons now in permanent housing, and should not be blamed for the failure of the federal and state governments to do their share.

The media barely covered it, but Assembly Speaker Fabian Nunez and State Senate leader John Burton imposed a near total defeat on our Terminator Governor in the battle over the state budget.

Schwarzennegger’s got headlines for attacking Democrats as “girly-men,” but for all his sexist and tough man talk, the Governor caved in to the Democrats on education funding, aid to cities, and virtually every other budget issue other than tax increases.

Democratic legislative candidates defeated Arnold’s candidate in all twelve races in which the Governor campaigned. So much for his vaunted coattails.

If you are not a listener to Air America (AM 960), you should be. I did not get exposed to the station until I was in Columbus, Ohio in October, when my driving times coincided with Al Franken morning show.

Air-America hosts are incisive, informed, and understand that their job is to entertain. Air America is no substitute for the essential KPFA evening news and other shows on the venerable Pacifica station, but it is a great addition to Bay Area listening.

Until the rise of MoveOn, America Coming Together, and other political organizations receiving donations under IRS Section 527, progressives had a difficult time engaging in presidential campaigns. Many activists did not want to work directly with the Democratic Party, and the Party primarily used people to organize events rather than go door to door talking to voters.

The 527’s are the reason John Kerry got a record Democratic vote total, and this new form of political organization holds the key to political success. The loss of the election should not obscure this critical and positive development.

I find it embarrassing to read progressives attack John Kerry’s candidacy (e.g. the Dec. 20 edition of The Nation). All Kerry did was win all three debates, galvanize the Democratic and progressive base as never before, and win overwhelmingly among low-income and African-American voters, two constituencies Democrats are regularly accused of taking for granted.

There was a spirit in America this fall that has not been felt for decades. While the effort to bring this sense of hope and idealism to the White House fell short, it would not have occurred without a candidate that activists felt good about.

I have yet to hear the name of any Democrat who would have done better than Kerry. It is easy to say that a personable, values-talking Midwest populist would have been a better candidate—but such an individual does not exist in American politics.

These are my top ten, and the fact that I had trouble limiting the total shows that 2004 was better than we may have thought. Reader suggestions are welcome, and if we get enough they will be included in a separate article.

Send your suggestions and/or feedback to rshaw@beyondchron.org