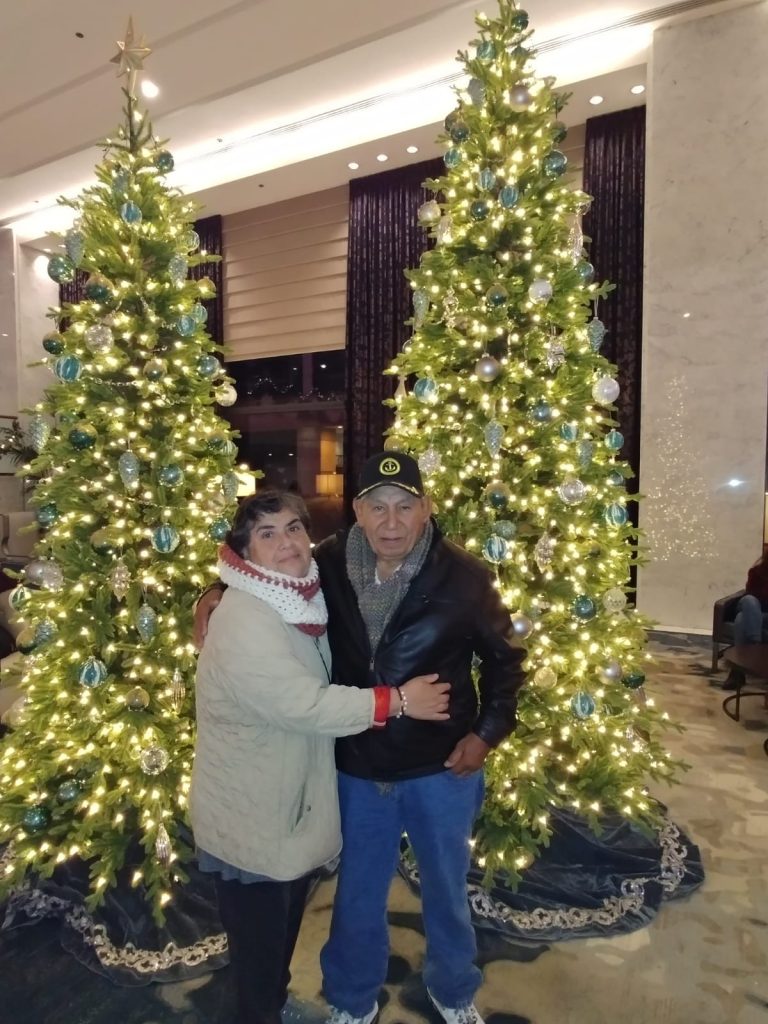 (Editor’s Note: The Tenderloin is 20% Latinx families and a majority of working people. But media coverage focuses almost exclusively on SRO tenants and the unhoused. This has allowed the worsening crisis facing Latinx families in the Tenderloin to go unreported—until now. Both stories are in the words of the residents as transcribed by the authors)

The pandemic has changed our lives here in the Tenderloin. We need to be more careful now whenever we are outside especially since my husband has prostate cancer and I am diabetic.

My husband isolated himself completely because he’s on hormone therapy now, and has had chemotherapy in the past, so his immune system is compromised. Before the pandemic he was much more active. He would go out on two daily walks, sometimes all the way to Fisherman’s Wharf and back. Now he cannot go out, so he’s been exercising at home. Every day we dance for half an hour, an hour, to different kinds of music—we don’t know how to dance, of course, but these are some of the routines we’ve changed.

His doctor’s appointments were all canceled, but we can still call their office. He gets one of his medications by mail, and I pick up the others at the pharmacy.

In my case, I haven’t been able to contact my physicians. I didn’t learn until recently that my doctor had left, and I’m trying to find another doctor now. I know I can still call the clinic for help, but I’m still without a doctor. Luckily I still have my prescription, and my pharmacy calls me when it’s ready to be picked up. I go out just once about every two weeks to pick up medications, and then I can stop by to pick up some groceries on the way home. I’m worried about more Walgreens pharmacies closing.

I was also a very active person, volunteering in the community with La Voz Latina, and as a crossing guard for local schools. Now I can’t do any of that. Although one would always like to say that things are fine and we can make do, we do feel these changes.

Now you notice that the streets are much dirtier and there are lots more people living in tents. This makes it much more difficult for me to go outside and go to the pharmacy, or attend to basic needs. Also not all stores are following social distancing protocols. We as Tenderloin residents have to be much wearier when walking through the streets of Tenderloin. The streets are very crowded which pushes me to plan out my route for where I want to go ahead of time. My husband and I pay much more attention to our hygiene and health in order to prevent from falling ill.

We used to do this before, but not the extent that we do now. Before the pandemic, we overlooked many things because we grew used to them. We now value the importance of socializing with our neighbors. This may not be possible for a while.

I’m always worried after I go out, if I got sick, if I did everything correctly to prevent contagion. Emotionally, we’re very stressed and worried. I don’t even know what day of the week it is anymore.

The pandemic has brought on very difficult changes for us. I have a two year old son who was recently diagnosed with autism, and we had started bringing him to therapy and integrating him with a daycare. He was just getting acclimated to the outside world and using his energy for outdoor play, but now he is cooped up inside at home.

It was so hard at the beginning—he would get dressed to go out and then cry at the door, though he now knows that he cannot go outside. He takes lessons online, and with his teacher, we’ve been working on managing his stress. He’s gradually getting used to staying inside, but without his usual routine, he’s been a handful.

This has brought me a lot of anxiety. I can’t do anything else anymore because this child is very demanding on my time. If you turn your back on him for just an instant he’s already up to no good. For example, just the other week he got into the kitchen and stuck pieces of paper up his nose. You really just reach a point of total despair here.

I can’t get anything done, but I feel like I have 300% more work to do. I sell handmade crafts online, but I haven’t been able to fulfill my orders because I have to take care of my son.

Despite this total disruption of our lives, we could see through our window that business as usual went on in the Tenderloin as though nothing had happened. When we went shopping for groceries, we saw how many more homeless people were setting up tents on the sidewalks, which made the outdoors even more concerning for our family. They aren’t keeping their distance from each other because they have no space, and that’s just putting them all at risk.

There are a lot more feces on the sidewalk, as much from dogs as people. This is of grave concern since particles become airborne when the fecal matter dries and can spread disease.

In the first few weeks of the lockdown, we heard more gunfire, and crime seems to have gone up in the neighborhood. Many of our neighbors have had their car windows smashed or their residences burglarized.

Day by day, we feel less safe in our Tenderloin neighborhood, which is becoming a less hospitable place for families and a haven for crime. We are definitely more afraid to go outside now.