A Tenderloin Comeback in 2021? 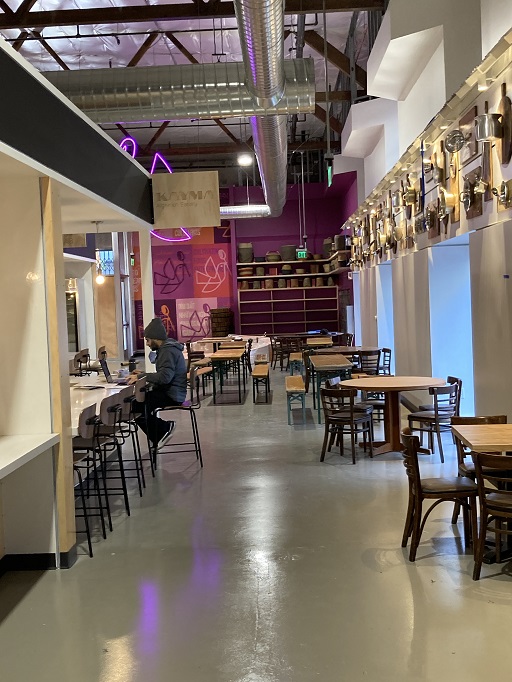 On January 7, 2020 I wrote “A Tenderloin Breakthrough in 2020?” The subtitle: “After a Tough 2019, Tenderloin Will Move Forward.” The photo showed chefs at La Cocina’s Municipal Marketplace at 101 Hyde, which was expected to open in summer 2020.

I was wrong on all three counts. Instead of a breakthrough 2020 was the worst year in the Tenderloin’s history. Some blocks did “move forward” or were unchanged but others got worse. Much, much worse. La Cocina’s opening date still depends on future health mandates; other planned restaurant openings are stalled as well.

The past year confirmed a truth about the Tenderloin that I have observed for over forty years: inactive spaces become havens for illegal drug activities. Closed businesses and stalled housing developments created many inactive spaces in the Tenderloin in 2020; drug dealing at a level likely unmatched in any United States neighborhood resulted.

The bad news is that the deplorable conditions the city has allowed to fester along Hyde Street and parts of Turk and Golden Gate will likely continue until businesses reopen—which may not happen until summer. And the worst spot—the NE corner of Turk and Hyde, may not improve then.

Gavin Newsom in 2008 was the last mayor willing to force SEIU Local 87 to maintain safety around its largely vacant and long illegal parking lot at Turk and Hyde. Mayor Ed Lee tried his best to get the union to build housing on the site but was rebuffed. If the site had a less politically connected owner the city attorney, mayor, and/or local supervisor would have ended the lot’s out of control drug dealing activities. It’s a clear public nuisance but city officials look the other way.

The good news is that the core features underlying the neighborhood’s revival—which I anticipated happening in 2020— remain in place. Here are the pillars of the Tenderloin’s 2021 revival.

For over two decades 101 Hyde (NW corner of Golden Gate) has been a leading drug dealing corner. The opening of La Cocina’s Municipal Marketplace was designed to transform that area with a woman-run market serving quality food to the Tenderloin community.

Unfortunately, the pandemic’s delayed opening of La Cocina resulted in the area remaining a drug dealing hub. Once the market opens, that area will go from a corner to avoid to a destination for those seeking tasty, affordable dining

If you’ve read my book on the Tenderloin or the Tenderloin Museum’s book of neighborhood matchbooks you know that the area’s economy has always been driven by restaurants, bars and entertainment venues. The pandemic closed the latter two completely while only restaurants with outdoor eating space remained open at all.

Son and Garden, a dynamic new restaurant by Chef Kasem Saengsawang of Farmhouse Kitchen fame, planned its full opening for the week that Mayor Breed announced her first shelter-in-place order. It’s survived on takeout but getting customers inside will revive that corner.

The owner of Barnzu, the popular Korean restaurant on Geary Street in the Tenderloin,  was set to open a new dining spot under the Adrian Hotel on the 200 block of Hyde (when I last spoke to the owner he had not finalized the new name). But he had to delay opening due to drug dealers dominating the front of the space. Dealers were not at that site prior to the pandemic; I foresee their departure once indoor dining is allowed.

Multiple new restaurants are opening at the historically renovated building at Leavenworth and Ellis. Some will soon open for takeout. This corner is among the Tenderloin spots that became safer in 2020. The return of indoor dining will make this corner among the building blocks for neighborhood revitalization.

The Black Cat and Onsen Spa, two major Tenderloin success stories, have been closed since the pandemic began. Both are restaurants that combine other uses—live music in the former, massage in the latter—that puts them in a more restrictive category than basic restaurants. Piano Fight is also in this multi-use category (a theater, restaurant and bar).

I won’t list all of the closed down venues, but they include Exit Theater, the Golden Gate Theater and the planned transformation of a restaurant at the Cova Hotel into a permanent spot for the Tenderloin Museum’s must-see Compton’s Cafeteria Riot play. The play, entirely sold out when it ran on Polk Street, was supposed to start last June. A new opening date cannot be set until health orders are more definite.

The Compton’s play was part of a broader strategy to bring increased evening diners to Little Saigon. It’s delay reflects how the pandemic’s Tenderloin impacts rippled throughout the neighborhood.

Hastings’ students, faculty and employees bring a lot of spending into Tenderloin businesses. The loss of all three during 2020 has been a severe blow, especially considering that Hastings new office building on Golden Gate would boost nearly restaurant business. Many Hastings students live in the Tenderloin but have relocated since the pandemic.

Hastings’ fall reopening will bring this revenue stream back to the Tenderloin. And its new residential building at Golden Gate and Hyde will ultimately bring fulltime residents to a section of the Tenderloin whose desolation on evenings and weekends have contributed to open drug dealing.

The Tenderloin is still on track to return to its historic roots as a destination neighborhood for those enjoying quality food, drink and entertainment. So as frustrating as the next six-nine months will be, better times lie ahead. In the meantime, please support the Tenderloin restaurants and businesses that are open. And thanks to all the property owners whose rent waivers have enabled so many Tenderloin restaurants to survive while others across the city have closed.