The Tenderloin and City Hall: A Century of Conflict 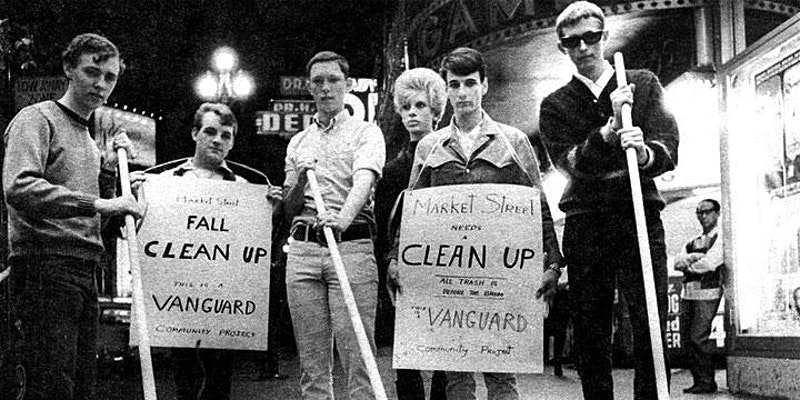 Join Kathy Looper and Randy Shaw on Thursday at 12:30 pm

Randy Shaw’s book, The Tenderloin: Sex, Crime and Resistance in the Heart of San Francisco, describes how since 1917  the Tenderloin neighborhood has actively fought City Hall for survival. Treated as the black sheep of the Bay Area, the neighborhood, for all its cultural diversity and historical value, has endured more ongoing conflict than any other district in San Francisco. From the time City Hall shut it down entirely in 1917 to its present day status as a “containment zone—” an area where illicit activities are not only permitted, but propagated by the City—the neighborhood is now facing even more complex hardships during the ongoing pandemic.

In the past year, violent crime has shot up in the Tenderloin by 24 percent, and the neighborhood now has nearly 400 tents occupied by two to three people at a time. “We can’t offer a safe place to live, it’s an unsafe environment. There’s no other way to say it,” says Kathy Looper, landlord of the Cadillac Hotel, a nonprofit hotel on Leavenworth and Eddy which houses low-income and formerly homeless residents.

According to Looper, children struggle to get to school in the area, and residents are afraid to get services—or basic resources like groceries due to crowding on the sidewalks. For Looper and Shaw, it’s integral that the City of San Francisco takes action and treats the Tenderloin as a community rather than a containment zone—which is why they backed business owners, residents, and local law school, UC Hastings in filing a lawsuit against the City for its neglect of the neighborhood.

On Thursday, May 21,  Looper and Shaw will join the Tenderloin Museum for a digital panel discussion.It’s not to be missed.

Free | Suggested donation of $10
The event is limited to 500 attendees.
Zoom link will be sent on the day of the event to those who register.