The Rise of “San Francisco Values” in the City of Love 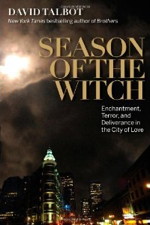 San Francisco may have been more transformed from the mid-1960’s through the 1980’s than any other city. The city changed economically, demographically, physically, and culturally, a shift visually embodied in a downtown highrise boom, the youth scene in the Haight-Ashbury, and the Castro District’s emergence as a gay Mecca. These years saw People’s Temple and Jonestown, the Moscone-Milk murders, the displacement of thousands of low-income tenants by the Redevelopment Agency, and the enactment of rent control and other vital land use controls. David Talbot’s new book, Season of the Witch: Enchantment, Terro and Deliverance in the City of Love, interprets these years as giving birth to a new set of progressive “San Francisco values.” But he offers a surprisingly uncritical account of the politicians and politics of this era, using the “San Francisco values” mantra to embrace forces often opposed to the city’s progressive direction.

David Talbot, the founder and CEO of Salon.com, clearly loves the people who have made San Francisco what it is today. His new book has mostly kind words to say about the city’s key political, business, and entertainment luminaries. But one would hardly know from his account of San Francisco’s dramatic transformation from the 1960’s through the 1980’s how vigorously many of his idealized politicians fought against the progressive “San Francisco values” he exalts.

Talbot begins his book in the 1930’s with a wonderful story about the great Vincent and Vivian Hallinan. He describes the days they first met, and offers anecdotes on the legendary six boys of the Hallinan family. This story alone would make a great movie or a book, including as it does tales of the boyhood of former San Francisco District Attorney and Supervisor Terrence “Kayo” Hallinan and his remarkable attorney brother Patrick.

Talbot cryptically concludes early in the book that the Hallinan family sowed the “seeds” of San Francisco’s future. I never found support for this conclusion. I suspect that few would find the Hallinans – for all their great courage, integrity and skills – as playing a pivotal role in the shaping of today’s San Francisco

Talbot then jumps to his “Enchantment” section of the book, San Francisco in the 1960’s. He discusses the Diggers, Summer of Love and the Haight-Ashbury scene. Talbot brings alive the theme of how a community dedicated to peace, love and understanding gave way to drug addiction, abuse, and violence.

Talbot discusses the Redevelopment Agency’s displacement of African-Americans from the Fillmore, but ignores the even more sweeping demolition and displacement in the South of Market. This event would seem indispensable to understanding San Francisco’s shift during the1960’s and 1970’s. Talbot describes ILWU leader Harry Bridges as a “working class hero,” which he certainly was. But Talbot ignores how Bridges greatly disappointed his working-class supporters by joining with the city’s elite in backing the city’s SOMA Redevelopment Plan, despite its displacement of ILWU members from their homes and community. It is a sugar coating of people’s past histories that may not bother other readers, but it got to me.

Talbot gives a great account of Joseph Alioto’s mayoral years (1968-1975), and the book would have benefited from more details about Alioto’s tenure. It’s easier to understand the scope of San Francisco’s transformation if we know what preceded it, and there are surprisingly few books written about the city in the decade that preceded the Summer of Love.

I think Talbot wanted to avoid writing a “history” book, and favored discussions of the era’s personalities over chronicling political decisions regarding land use and other issues that shaped the city. Readers may enjoy his stories about the San Francisco 49ers, Herb Caen, Bill Graham, Charles Manson, Patty Hearst and other luminaries of the time; I felt some of these topics were tangential if not unnecessary to the book’s chief themes.

In seeking to cover such a broad range of complex events and distinctive personalities, Talbot faced a steep challenge. In many cases he succeeds, providing nuanced accounts of George Moscone, the Zebra murders and many others. But for a book that seeks to uncover the roots of a “new brand” of San Francisco values, Talbot ignores the ambiguity over what this term actually means.

For example, Talbot lauds former Mayor Dianne Feinstein. He states, “in any other city in America, Dianne Feinstein would have been considered a raving liberal.” Really? I think the record shows that Feinstein was among the nation’s most conservative urban mayors (outside the South) of her time. She was to the right of Boston’s Mayor Flynn and Chicago’s Mayor Harold Washington, and far to the right of Berkeley’s Mayor Gus Newport. Nor was she to the left of either Mayor Tom Bradley in Los Angeles or Ed Koch in New York City.

Feinstein signed progressive legislation for the same reason that Richard Nixon signed the National Environmental Quality Act: because public pressure was so strong that they had no choice. Talbot cites Feinstein’s support for antigun laws, gay rights, labor unions, the environment and the Equal Rights Amendment – yet all but gay rights were mainstream Democratic positions in the 1980’s, and nearly every elected official in San Francisco during those years (including Republicans) supported gay rights.

There was no city in the United States where Dianne Feinstein would have been considered a “raving liberal.” And on key progressive issues of the time, the ones that truly define what most see as “San Francisco values” – homeless policies, tenant protections, and development – Feinstein was on the wrong side.

Readers will not learn of Feinstein’s callous treatment of homeless persons because Talbot does not even discuss her homeless policies. If Feinstein’s refusal to fund permanent housing for homeless people, and her spending tens of millions of dollars on one-night stands in rundown SRO’s reflected “San Francisco values,” the term has lost all meaning.

Similarly, while I do not believe Talbot sees “San Francisco values” as backing large landlords, opposing strong rent controls and promoting unlimited downtown development, this is a crucial part of Feinstein’s legacy.

Talbot offers an insightful portrayal of George Moscone, but as with other figures, his eagerness to promote the former mayor’s role in fomenting a “progressive revolution” ignores some key facts. Talbot claims that Moscone “fought for the rights of renters” while “making enemies of realtors;” yet Moscone opposed rent control as well as a November 1978 ballot initiative (Prop U) seeking to return landlords’ Prop 13 tax savings to tenants.

Moscone’s support for Prop U would have swung the election to tenants, giving them an important boost in the struggle for rent control. But when the chips were down, Moscone took the landlords’ side.

Many will enjoy reading and/or reliving Talbot’s tales of the Hearst kidnapping, the rise of FM “underground” radio, and other nuggets from San Francisco’s wonderful past. But I found Talbot’s choices far too selective (for example, he has a lot on the 1960’s rock scene but nothing on the punk bands and culture of the late 1970’s and early 80’s that arguably did more to shape the current city). The book is engaging, but falls short of its goal of charting the development of San Francisco’s progressive brand.

Randy Shaw is Editor of Beyond Chron. He discusses San Francisco politics in the 1980’s in The Activist’s Handbook.