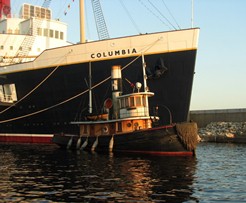 Why is it that people who do the heavy lifting on an issue so rarely get credit for it? With little grant funding available to pay for better school food, but a seemingly endless supply of money to fund studies (no matter how inaccurate) and start conversations (no matter how redundant), the issue of fixing school food is attracting a new wave of folks seemingly more focused on landing grants to produce reports than on improving the food. Meanwhile, the real heroes of SF school food reform remain largely unacknowledged.

This month marks my ten year anniversary of involvement with this issue, and to celebrate the occasion, I am sending a shout out to those who have been most active, some for more than a decade. Huge thanks go to:

Jill Wynns, SF Board of Education member
More than anyone, Wynns is the “mother” of SF school food reform. A highly-respected school board member of 20 years’ standing, she has written more local school nutrition policy than anyone, including the 1999 Commercial-Free Schools Act which prevented junk food and soda companies from advertising to students at school, the 2003 Healthy School Nutrition and Physical Exercise Policy which got junk food and soda out of the schools, and the 2009 Feeding Every Hungry Child policy guaranteeing that no student would be denied a meal due to inability to pay. As President of the California School Boards Association, she is a strong advocate for increasing the government payment for school meals in high cost states like California.

Ed Wilkins, director of Student Nutrition Services, SFUSD
Jill Wynns is the mother of local school food reform, but Ed Wilkins is surely the father. Before becoming director of SNS, Wilkins, now in his 16th year with SFUSD, was the area supervisor overseeing cafeteria operations at half of the district’s school, including Aptos Middle School, where SF’s school food reform efforts began in 2002.

Although his boss sent him out to Aptos with orders to terminate whatever plans the school had for cafeteria improvement, Wilkins instead sided with the parent and teacher food reform group, and thanks to him, a successful Aptos pilot removing soda and junk food from the cafeteria became the basis for SFUSD’s Wellness Policy and the start of a decade of improvement. Along with assistant director Zetta Reicker, another longtime school food advocate, Wilkins has steadily improved cafeteria offerings and reduced his department’s reliance on general fund support even in the face of rising food and labor costs.

With the signing of local small business Bi-Rite to handle the department’s food distribution contract (providing food for a growing number of middle and high school offerings which are assembled fresh daily at those schools), and the rebidding of the main school meal contract happening this fall, Wilkins has taken his department farther in the direction of fresh locally sourced meals than anyone dared hope back in 2002.

She wasted no time in jumping into the issue; just months after taking office, she co-sponsored the Feeding Every Hungry Child policy. Norton has continued to advocate for a major initiative around school food, and has made it one of her priorities for a second term.

Margaret Brodkin, children’s advocate
One of the country’s most respected children’s advocates, Brodkin was an early supporter and funder of pilot projects for SFUSD’s Student Nutrition Services (SNS). As director of SF’s Department of Children Youth and Families from 2004-2009, she provided money to pay for salad bars in high schools, and to pilot both the Grab n Go breakfast program (which will operate in 20 middle and high schools by the end of this school year) and also the Point of Sale swipe card payment system, now installed in all schools. None of these projects would have gotten off the ground without Brodkin’s unwavering support and commitment to better children’s health.

Dr. Paula Jones, Director of Food Systems, SF Department of Public Health
After serving as a member for almost 10 years, Jones is now chair of the SFUSD Food & Fitness Committee (formerly the Student Nutrition and Physical Activity Committee, or SNPAC), the official SFUSD group in charge of writing the district’s Wellness Policy since 2003.

Jones was instrumental in piloting the first SF elementary school salad bar in 2004; her department (SFDPH – Environmental Health) provided funding for the pilot to eliminate a la carte food sales at middle and high schools, which went district wide in 2010; her department also funded the first school lunch vending machine at Lincoln High School in spring 2011; and she helped write the grants which are expanding Grab n Go breakfast to a total of 20 middle and high schools.

Laura Brainin-Rodriguez, coordinator, Feeling Good Project, SF Department of Public Health
Brainin-Rodriguez served on the SNPAC from its inception in 2003 to 2011. A nutritionist and dietitian working with low income communities of color, her advocacy for healthier meals for students long predated the new USDA regulations, and she pushed for more whole grains and fresh produce in school meals years before such improvements were on the national radar.

Dr. Patricia Gray, retired SFUSD administrator
As the former, and greatly beloved, Principal of Balboa High School, Gray recognized that teenagers hyped up on sugar and caffeine easily veer out of control. In 2003, six months in advance of SFUSD Wellness Policy deadlines, Gray summarily ejected all soda and junk food from her school, and watched with pride as student suspensions plummeted by 50% in the first year.

Understanding that hungry students struggle to learn, she offered her school to SNS as a pilot test site for Grab n Go breakfast, the Point of Sale system, and salad bars, and facilitated parent conversations around better nutrition at her monthly Principal’s Tea.

Colleen Kavanagh, President and Executive Director, Campaign for Better Nutrition
Kavanagh, another original member of the SNPAC (and current member of the Food & Fitness Committee), has been focused on school meal legislation at the federal level for over a decade. She was an early supporter of the need for more management staff at Student Nutrition Services, and of the elimination of paid a la carte offerings in middle and high school.

Peter Lauterborn, former SFUSD student
Another longtime proponent of better school food, in 2003 he was a student member of the original SNPAC, and rejoined the committee after graduating college and taking a job as Education Policy Coordinator at the San Francisco Youth Commission. Lauterborn provided a much needed student perspective on school meals, and later helped bring more students into the conversation around school food. He has since become an aide in the office of District 1 Supervisor Eric Mar, a former member of the Board of Education and another longtime supporter of better food in schools.

Lena Brook, SFUSD parent
As a parent of young children just starting out in SF public schools, Brook was concerned with the quality of the school meals and wanted to connect with others to see what could be done. In 2009, she gathered a group to meet at Mission High School to share ideas, and the conversation has continued to this day on the chat board she started, SFUSDfoodfuture. Brook joined the SNPAC several years ago, has long been a supporter of expanded lunch choices for elementary students, and has worked to bring more parents voices into the mix.

More school food reform conversations have been happening for many years on the Parents for Public Schools listserv, the SF Food Systems list, the SF K Files, and the original SFschools list (founded in 2000), as well as on many individual schools’ own chat boards, in student newspapers, at PTA meetings, and pretty much anywhere SFUSD parents gather.

SFUSD’s Student Nutrition Services is like a giant ship which, 10 years ago, was sailing full speed ahead towards poor health for students, with middle and high school cafeterias selling soda, chips, and every kind of junk food, while meals featured carnival food entrees like corn dogs, french fries, and canned fruit swimming in heavy syrup. Beginning in 2002, those wanting to fix the problems began heading out like tugboats to turn the giant ship around, and finally, after 10 hard years of nudging and pushing and towing, the ship has turned and is directed towards fresh, local, seasonal food, with all meals available to all students, no separate a la carte lines, and a cash-free capability allowing parents to pay online and students to swipe cards for their meals.

This is not a complete list of everyone who has helped turn the ship around, but these folks have done some of the hardest work, over the longest period of time, and rarely do they receive even an acknowledgment, let alone praise or thanks. When clueless newcomers announce that they plan to take action, regardless of whether they have district support for their plans, or even the faintest idea what is needed, because “Somebody has to do something!”, I am deeply troubled on behalf of everyone who has already been “doing something” for over a decade.

With skimpy government funding for school meals, the highest labor costs in the country, no central kitchen in which to cook, and plenty of hungry kids who technically do not qualify for free meals but still can’t afford $3 for their lunch, SFUSD is challenged to keep the school meal program going at all, let alone solve every problem with school food, but the fact that every issue has not yet been fixed does not translate to “No one is doing anything.” A big ship like SNS cannot be turned around overnight, or even in just a year or two.

People who truly want to help need to do just that – help, not carp and criticize. Give credit where credit is due. If your tugboat just recently arrived on the scene, please don’t claim that you turned the ship around. Grantmakers need to be aware of who has done the real work in this area, and be more scrupulous in the kinds of projects they fund, to make sure every dollar they invest is used wisely, and not wasted performing studies no one needs or “starting” conversations that are already ongoing.

There is plenty of “fixing” going on in the school food arena. To really make a difference, start by thanking the people listed above for everything they have accomplished thus far, then roll up your sleeves, and join them. There’s always room for one more.