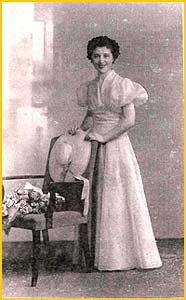 Every May, we honor our Mamas by spending billions.

As always, the most popular gifts will be flowers and greeting cards. Not to mention dinner out with the family. If I didn’t know any better, I’d swear that the greeting card, restaurant and flower industries invented Mother’s Day to make a killing. But it wasn’t corporate America, it was Julia Ward Howe, a 19th century abolitionist and suffragette; and Ann Jarvis, the daughter of an organizer in Appalachia, who helped create this holiday we call Mother’s Day.

A poet (and author of the lyrics for “Battle Hymn of the Republic”) Howe penned the original “Mother’s Day Proclamation” of 1870 as a way of celebrating peace. She wanted to honor women (especially mothers), whom she saw as embodying pacifism. She wrote:

“As men have often forsaken the plough and the anvil at the summons of war, Let women now leave all that may be left of home For a great and earnest day of counsel. Let them meet first, as women, to bewail and commemorate the dead. Let them solemnly take counsel with each other as to the means Whereby the great human family can live in peace.”

In 1858, an Appalachian organizer Ann Maria Reeves Jarvis mobilized women through “Mother’s Day Work Clubs,” in order to improve health and sanitation in her region. According to the West Virginia Archives and History, “Among other services, the clubs raised money for medicine, hired women to work for families in which the mothers suffered from tuberculosis, and inspected bottled milk and food.” Over and over again, she told her daughter, who was also named Ann Jarvis, that mothers deserved a special day in their honor. After her death, her daughter established a mother’s memorial day. In 1914, President Woodrow Wilson declared this new holiday a national one.

So, before you shell out your $42 or $50 this year, why not remember Mama by putting your money to good use working for peace and social justice, as both Howe and Jarvis did? Why not make a contribution in Mama’s name to a peace organization such as Code Pink or a free meals program for seniors? Corporate America doesn’t need another $10 billion and if they did, too bad. The money is better spent supporting a group fighting for national healthcare, so that Mamas all over America will no longer have to choose between paying the rent or buying lifesaving medicine.

Fighting for social and economic justice: it’s the Mother’s Day gift that keeps on giving.

Tommi Avicolli Mecca is a radical working-class southern Italian queer performer, writer and activist who honors his Mama on a daily basis by raising hell.