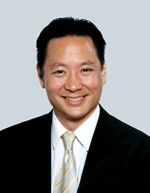 Beyond Chron recently talked with Public Defender Jeff Adachi to discuss the business of defending the poor and his budget battle with Supervisor Sean Elsbernd, who, in response to Adachi’s request to fill two vacant positions, said last week he would introduce legislation at today’s Board meeting to further cut the Public Defender’s staff.

Q: How are things going in your office?

A: Extremely challenging. We represent over 20,000 people each year. With the deepening depression, we’ve seen more people who cannot afford a lawyer, and unfortunately, more crime, which often follows a downturn in the economy. As a result, we’ve experienced a big increase in the number of cases and clients. In this past year, there was a 10% increase in felony cases and a 30% increase in the most serious cases, which include homicide cases. At the same time, the city faces a $500 million budget deficit.

Even in light of these difficulties, I am very proud of the work my staff does. The attorneys work long hours, 60 and sometimes 70 hours a week with no overtime, and have to make extreme personal sacrifices to do the best job they can for their clients. We try between 150 to 200 cases each year, and we generally receive high marks from our clients. Deputy public defenders earn much less than lawyers who work in the private or corporate sector, but handle larger caseloads. The support staff does an exemplary job and works equally hard. We do a lot with very little.

Q: What kind of caseloads do you lawyers handle?

A: Lawyers who handle felony cases have from 50-70 cases at any given time, including cases where people are facing a life sentence, and as many as 2-3 homicide cases each. Our misdemeanor caseloads are from 150-250 cases and juvenile caseloads are about 60 cases per lawyer. So these well exceed the caseload standards expected of most lawyers.

Q: You recently asked the Mayor and Board of Supervisors to approve two paralegal positions. How can you justify that request in these tough economic times?

A: Without sufficient support to help the attorneys do their jobs, we can’t handle all the cases that we have now. We have always worked hard, but we’re at a breaking point. Paralegals do the work that attorneys would otherwise have to do, but do it as a cheaper rate. When you have a case that has 10,000 documents that need to be reviewed and organized for trial, it’s cheaper to have a paralegal do it rather than a lawyer.

Because we have too many cases right now, we cannot function at this level without sufficient support for the attorneys. We now have one paralegal for every seven lawyers, and fourteen lawyers are without paralegal support because of the vacancies. We don’t have secretaries or assistants, so there is no one else to do the work.

So when we lost two paralegals this year, I asked the Mayor and then the Board to allow me to fill these positions. These were not “new” positions but are positions that were part of our existing staff. I went through all of the required red tape, and it took me six months to get through this process. As you mentioned, both the Mayor and the Board’s budget committee refused. So they left me no choice but to decline taking cases and hand over some of the cases we are handling that we can’t handle because of the high caseloads.

Q: What happens to the people that your office cannot represent?

A: There is a group of private lawyers that accept cases that we cannot handle. The City pays them at an hourly rate of $85-$120 an hour. The cases that we no longer handle due to insufficient staff would go to private attorneys.

Q: Harvey Rose, the City’s Budget Analyst, said that the hearing that public defenders and private attorneys cost the same. Is that true?

A: No. Our attorneys are paid between $45-$80 an hour, so we are cheaper. Our lawyers also handle more cases than a private lawyer, and none of our staff is paid overtime. If a private lawyer works 12 hours in a day, he or she gets paid for 12 hours at the hourly rate. If a public defender works 12 hours, he or she only gets paid for 8 hours. The same is true for support staff. So not only are we cheaper, but the city gets more work hours out of us without paying for it.

Q: The Board refused your request. Will you begin handing cases over to private lawyers?

A: Yes. As the Public Defender, and under the American Bar Association’s Professional Code of Conduct and other ethical rules, I am required to refuse to represent clients when the workload becomes prohibitive. We don’t want a situation where an innocent person gets convicted because of incompetent lawyering. In fact, there was a case in Los Angeles recently where a $5 million dollar verdict was returned against a county when an overworked public defender didn’t do what he was supposed to do in a case, and an innocent man was sent to prison. I am proud to say that hasn’t happened in San Francisco and I want to make sure it stays that way.

Q: How much will it cost the City if you begin handing cases to private lawyers?

A: I estimate that it will cost the city between $500,000 and $1 million dollars a year if we are unable to provide representation in current and future cases. So it comes down to the question of whether the city wants to spend $50,000 now or $500,000 to $1 million dollars next year.

Q: Supervisor Sean Elsbernd announced that he is going to introduce legislation at Tuesday’s Board hearing that would further cut your staff, and he said that he is targeting six social workers in your juvenile division. Do you know why he is taking this action against you? Do you have some kind of history between you?

A: I don’t know if he is retaliating against me for requesting staff, but I do question his motivation, because he never took much interest in our office before I made this request. I’m not doing this for my own political gain – I’m just doing my job to make sure that people are properly represented.

Supervisor Sean Elsbernd is a lawyer, but to my knowledge, he has never practiced law and has never handled a case in his life. He has no idea what it’s like to handle a criminal case or how to manage a major law firm. How many trials has he handled? Not one. He has no idea what he’s doing, and he’s going to try and tell me how to run my office? Do we really want a politician who has no experience in practicing law dictating how the Public Defender’s office should be run? If Supervisor Elsbernd wants to run for Public Defender, he can run against me and we can have this discussion. But it’s not his job to dictate what level of representation we should provide to the poor.