The Media Myth of the Working-Class Reagan Democrats 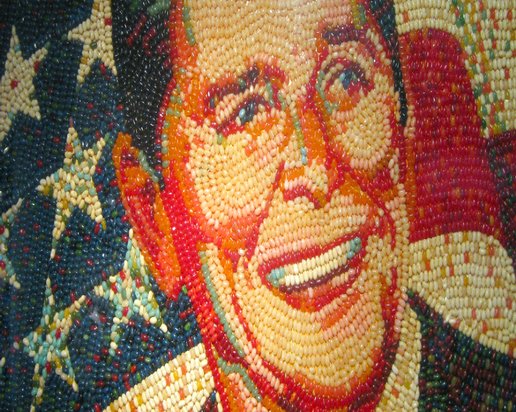 The numbers don’t lie. The notion that angry blue collar voters could sway the election just may not be true.

Now that Donald Trump is the presumptive Republican presidential nominee, we are likely to get all sorts of mainstream media analysis about how his narrow pathway to Election Day victory runs through white working-class America, the way Ronald Reagan’s did, while the presumptive Democratic nominee, Hillary Clinton, must corral young people, minorities and the well-educated.

In case you haven’t noticed, there is an unmistakable media bias in this – one that was framed perfectly in a Newsweek cover story by Evan Thomas eight years ago. It was about Barack Obama’s alleged “Bubba Gap,” and illustrated with a picture of arugula — and beer. Democrats, naturally, were the arugula eaters.

This idea that Republicans are “real” Americans and Democrats aren’t is now a generation-long meme in the media, and it has had tremendous repercussions for our politics. It used to be that Republicans were the effete ones and Democrats the salt-of-the-earth. Then Ronald Reagan came along and pried working-class voters away from the Democrats – the so-called “Reagan Democrats” – and suddenly the media reversed party roles, deciding that America tilted right, and that Democrats were elitists.

I have no idea who will win the election this November, but I can pretty much assure you of this: we will be hearing an awful lot about Trump Democrats who, like those Reagan Democrats, may abandon the Democratic Party because they allegedly find it too high-blown.

But this is what you probably won’t hear: those Reagan Democrats, at least not as we usually think of them — urban, Rust Belt laborers — didn’t last much beyond Reagan. They were a temporary blip who didn’t realign American politics the way the media tell us they did. Trump Democrats might be something of a myth, too – a collaboration of the MSM and the candidate to portray him and his party as the agents of blue-collar, middle America because it fits the media’s stereotype of angry workers blowing gaskets.

Let’s get a few things out of the way when we talk about Republican hegemony and the party’s appeal to disaffected Democrats. Yes, Republicans control both houses of Congress, and, yes, they are dominant at the governor and state legislature levels. This, however, is largely the product of certain peculiarities in the American political system rather than any great Democratic defection or love of Republicanism: things like low turnout in local and midterm elections among minorities and the poor, who are likely to vote Democratic; subsequent gerrymandering of districts to benefit Republicans; absurd disproportions in which Wyoming, with its population of 584,000, gets the same number of senators as California with its 39 million; and the role of money in elections, as money generally flows more freely to Republicans than to Democrats for the obvious reason that the GOP’s benefactors have more to gain from the system.

If you just read newspapers and watch TV news, you would probably never guess that actually there are fewer self-identified conservatives in America than there are self-identified liberals, or that Democrats outnumber Republicans 29 percent to 26 percent in the latest Gallup Poll.

These are, says Gallup, historically low figures for both parties, but they may heavily discount Democratic identification. According to a survey by Republic 3.0, if you add in self-declared Independents who nevertheless lean toward one party or the other, Democrats actually constitute 45 percent of Americans, while Republicans constitute just 33 percent. So if you have been thinking that this is a conservative GOP country, think again.

Which brings us to those Reagan Democrats. As Thomas Frank wrote in his 2004 best-seller, What’s the Matter With Kansas?, the “dominant political coalition” in America is the union of business voters and blue-collar voters, many of the latter one-time Democrats diverted from their economic interests by the bloody shirt of social wedge issues from abortion to gun rights to immigration. That was the great Republican prestidigitation. Now you see economic distress, now you don’t. And the great political realignment that followed was laid at the foot of Ronald Reagan.

But was it true? In 2006, in the Quarterly Journal of Political Science, the brilliant political scientist Larry Bartels, then of Princeton and now at Vanderbilt University, took on this story in a searching analysis of Frank’s thesis. Looking at voting trendlines over a 50-year period, from the 1952 presidential election of Eisenhower to the 2004 reelection of George W. Bush, Bartels found that there was, as Frank and pundits said, a decline in Democratic support — roughly six percentage points; not huge over five decades, but still significant.

You may notice that when the MSM talks about the whole Reagan/Trump Democratic conversion, they are focusing on whites, too, even though the share of white voters in the electorate is falling while that of minorities is rising. Basically, it’s the media equivalent of the three-fifths compromise of the Constitution in which slaves, for the purpose of calculating representation, counted for less than whites.

Further, Bartels found that if you look at income rather than education, the results are even more pronounced in favor of Democrats. The percentage of low income voters going Democratic has actually risen since the 1980s. In 2012, Barack Obama received 60 percent of the votes of those with household incomes under $50,000, roughly the American median, and only 44 percent of those over $100,000.

And here is something else Bartels discovered. Nearly all the Democratic decline among low-income white voters without college degrees came in the South: 10.3 percent. Outside the South, the Democratic percent rose.