The Martin and Blades Duo Comes to the Boom Boom Room 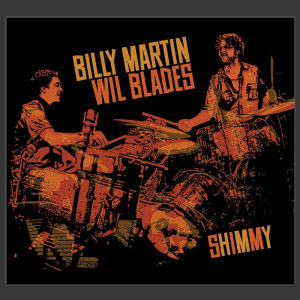 “Drummer Billy Martin of Medeski, Martin and Wood and up and coming organist Wil Blades come together for a new duo project. After two highly successful shows in San Francisco and New Orleans, Martin and Blades are taking the show on the road. The duo’s music is at once danceable and highly improvisational.” Tonight, they roll into the Boom Boom Room for their last show before heading to Los Angeles on Saturday.

“With a steady base as one-third of the renowned experimental jazz trio Medeski, Martin, & Wood, drummer Billy Martin has become one of the most forward-thinking, innovative, and influential percussionists in the music world. His ultra-sensitive, hyper-melodic drumming — which explores the ideas of jazz, hip-hop, electronica, African music, and other genres — has an organic feel to it, filled with soft, natural edges and fluid energies. When not performing with Medeski Martin & Wood, Martin continues to collaborate with other musicians in improvisational projects, many of which are documented on his own Amulet Records imprint, which he founded in 1995.

Most recently, fans in SF have been treated to the jazzier keyboard and drum duo, “Mehliana”, and the funkier Benevento-Russo Duo; if you love either, you will love this latest duet.