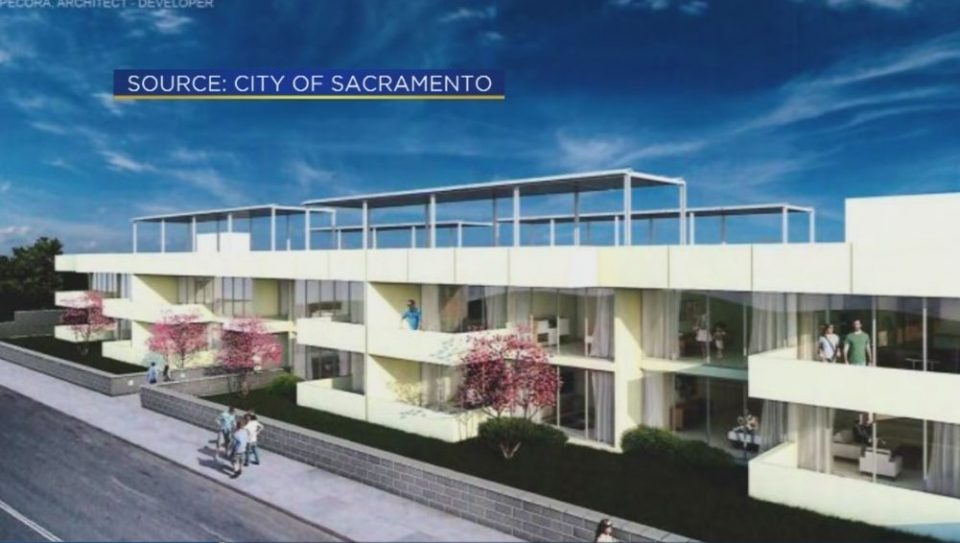 City Must Respond to Loss of Affordability

I’m doing two talks about Generation Priced Out: Who Gets to Live in the New Urban America in Sacramento on September 10 addressing the city’s affordability crisis. My timing is fitting, as Sacramento now reflects a new urban America where long affordable housing is no more.

After decades in which the Bay Area’s rising rents and home prices did not reach the state capitol, the affordability crisis has hit Sacramento hard. The days of cheap Sacramento rents are gone, and now the city must aggressively work to preserve its racial and economic diversity.

According to an article last week in the Sacramento Bee, rents in the city have risen 45% in the past seven years. This vaulted the city from the 45th most expensive metro area to the 11th.

Fortunately, Sacramento tenant advocates aggressively responded to the crisis by collecting 44,000 signatures to qualify a rent control and just cause eviction measure for the March 2020 ballot. This led the City Council to make a deal whereby the ordinance campaign would be dropped in exchange for the Council passing its own just rent control and just cause eviction law. The big difference is that the Council’s law limits annual rent increases to 6 percent plus inflation (which will likely mean a total of roughly 9% in the next year) while the ballot measure capped rent hikes at 5%.

To give some perspective, a ballot measure I co-authored in San Francisco in 1992 limits rent increases to 60% of inflation. San Francisco tenants have typically paid only 1-2% rent hikes since our Prop H initiative passed (I discuss the Prop H campaign in The Activist’s Handbook).

Sacramento tenants will likely pay almost four times higher annual rent increases than those in San Francisco. But San Francisco rent control started with a 7% annual increase, and higher increases took effect if the tenant failed to file a petition challenging the illegal hike. So one could say that Sacramento’s negotiated deal puts tenants in a better place than San Francisco tenants were in 1979.

It’s also true that the passage of AB 1482 would put Sacramento tenants in close to the same position they gained from striking the rent control deal. That will increase pressure on the City Council to reduce rent hikes locally.

Students at Sacramento State University, where I’ll be speaking at the University Library at 3pm, have been hit particularly hard by rising rents. Sacramento State Dean of Students Beth Lesen told the Bee in the article above, “We’re starting to look at things that we haven’t looked at before because we really just need our students to be housed. None of us ever expected to be in the business of finding affordable housing for students when we got into higher education.”

Her comments will surprise those who attended college in the greater Bay Area or Los Angeles, but they show how quickly longtime affordable Sacramento began pricing students out. It reminds me of what happened to another state capitol, Austin, Texas, as seemingly overnight it shifted from affordable to slackers to unaffordable to all those without high-paying jobs.

In November 2018, Sacramento passed Measure U, a 1/2 cent sales tax increase. Longtime housing activist Cathy Creswell, a member of the Measure U Advisory Committee, urged the new funds to be used for housing. “The growing crisis highlighted in this report must compel the city to make significant new investments in the development of affordable homes, especially for renters of modest means, and to provide safe and stable homes for people experiencing homelessness.”

Sacramento Mayor Darrell Steinberg agreed with Creswell.  He stated in May that “Measure U gives us the opportunity to have a real Housing Trust Fund that will allow us to help bridge the funding gap for projects that will address the severe shortage of affordable housing for our residents,” Steinberg said. “Thank you to the Sacramento Housing Alliance for recommending a comprehensive approach to this statewide crisis, of which a local funding source is a key piece.”

But as Los Angeles showed, passing funding measures for affordable housing does not end opposition to specific projects. Long affordable cities often have a hard time adjusting to new housing realities. And they worsen the crisis by refusing to take necessary actions to boost affordability.

Consider the Sacramento City Council’s unanimous rejection in September 2018 of  a 24-unit 100% affordable project, the Luther Garden Apartments. The project was planned for a vacant field in a low-income neighborhood.

Why did the Council reject it? Check out the CBS news story on “the housing solution the city rejected.”

The member representing the area said “no doubt we need housing. But we need the right kind of housing.” Why was a 100% affordable project in a city facing skyrocketing private market rents not the “right kind”?  According to one council member the 24 units made it “too dense.”

The real reason? The project was in a neighborhood zoned for single-family homes only. And those homeowners did not want tenants living in their neighborhood (one opponent said the area lacked appropriate “services” for seniors.”

The council’s vote preceded Measure U but reflects a deeper sense of denial about the city’s changed affordability future. As Austin, Culver City, and so many other longtime affordable areas show,  Sacramento’s days as the affordable alternative to the Bay Area are gone. But that does not mean the city cannot steadily expand housing options for the working and middle-class and work to get federal and state assistance for low-income residents who need such help.

I wrote Generation Priced Out to address precisely the situation Sacramento finds itself in today. And I look forward to talking about solutions to the city’s affordability crisis in two events on September 10: 3pm at the CSUS University Library in an event I am doing for the Friends of the CSUS Library. And at 5pm at Avid Reader on Broadway.

I hope those concerned about Sacramento’s future can join us.

Randy Shaw is Editor of Beyond Chron.  He is the author of Generation Priced Out: Who Gets to Live in the New Urban America