The Facts About KIPP that Privatizers Ignore 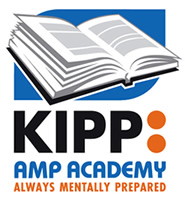 The other day at Huffington Post, school privatization advocate Kevin Chavous gave a “shout out” to KIPP, Inc., the nation’s largest corporate chain of charter schools and certainly the most popular high-rolling philanthro-capitalists who would never send their own children to one of these total compliance lockdown schools. As is customary for KIPP promoters, Chavous tries to portray the KIPP chain gang model as an outgrowth of the late Harriet Ball’s teaching method.

We know, however, from Jay Mathews’ saccharine tribute (Work Hard, Be Nice) to KIPP founders, Mike Feinberg and David Levin, Harriet Ball did not want her name associated with KIPP’s penal version of her own tough, yet loving, approach to teaching. In fact, a former KIPP teacher whom I interviewed for an extended research essay on KIPP teaching, had traveled to Texas to get to know Harriet Ball; he found her distraught about KIPP’s misuse of her name for practices that she did not endorse and did not use.

The other piece of Chavous’s pep piece for KIPP that requires correction is the claim that “80 percent of KIPP alumni have gone on to college.” This is an old bit of propaganda first circulated by Jonathan Alter for a Newsweek pep piece for corporate education reform four years ago:

The irony is, we know what works to close the achievement gap. At the 60 KIPP (Knowledge Is Power Program) schools, more than 80 percent of 16,000 randomly selected low-income students go to col­lege, four times the national average for poor kids.

Suspecting hyperbole gone wild or just old-fashioned making it up, reporter Carolyn Grannan called KIPP’s home office in San Francisco to check the numbers and found that when Alter presented his outrageous “fact” in 2008, a total of 447 former KIPPsters were attending college.

As busy as he is during this election season, it is easy for me to imagine how Mr. Chavous could come to depend on discredited stories from old Newsweek’s for his “facts.” As senior adviser and Board member of American Federation for Children, America’s leading school voucher advocacy group, Chavous is teaming this summer and fall with Rhee’s Michelle Students First to dole out millions to political candidates who sign on to support school privatization by voucher and/or charter.

If Chavous had checked with the KIPP home office or even done a Google search, he would have found this from KIPP’s own research:

As of March 2011, 33 percent of students who completed a KIPP middle school 10 or more years ago have graduated from a four-year college.

Now this figure would be more impressive if 33 percent of KIPP students who started at KIPP in 5th grade ended up graduating from college, especially since the completion rate for low-income children is less than 9 percent. However, consider these facts:

From 40 to 60 percent of children who begin KIPP in 5th grade leave before completing 8th grade, with the largest percentage of leavers being low-test performers and students who do not conform to KIPP’s total compliance demands. From a 2011 study headed by Gary Miron:

. . . .The departure of low-performing students helps KIPP improve its aggregate results. Unlike local school districts, KIPP is not replacing the students who are leaving. When a student returns to a traditional public school after the autumn head count, KIPP retains most or all of the money (the amount depends on the particular state) allocated for educating that student during that school year.

. . . KIPP schools enrolled a lower percentage of students with disabilities (5.9%) than did their local school districts (12.1%).

. . . KIPP enrolled a lower percentage of students classified as English Language Learners (11.5%) than did their local school districts (19.2%).

Even with these massive advantages, KIPP is able, then, to see approximately 17 percent of the children who begin KIPP in 5th grade end up with a college diploma. That would still be impressive, if it were not for the horrific fact that Chavous does not mention. The thousands of children who do NOT make through KIPP, to college, or through college have all absorbed one important lesson before they are discarded, and that is that their failure to make it is no one’s responsibility except their own. And so in the end, the “No Excuses” ideology applies universally to the children, as well as teachers, who are psychologically maimed by KIPP, even if it never applies to KIPP itself. And for that atrocity, Mr. Chavous, there is no excuse.

Jim Horn is Associate Professor of Educational Leadership at Cambridge College, Cambridge, MA. He is also an education blogger at Schools Matter and has published widely on issues related to social justice in education. This piece was previously published at Common Dreams.