The DCCC Announces School Board Endorsements 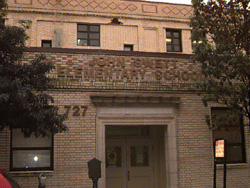 Last week, the San Francisco Democratic County Central Committee opted to go in a new direction for the Board of Education in the upcoming November election. Shunning incumbent Dan Kelly for “fresh blood”, the committee endorsed candidates Bob Twomey, Hydra Mendoza, and Kim-Shree Maufas as the three democratic contenders for the board’s three open seats. As the city works to reconstruct its crumbling public school structure, the Board of Education will play a crucial role in fortifying sustainable academic policy.

Public schools in San Francisco have received a lot of critique lately despite higher average test scores and a voter-approved plan that has added millions of dollars to the school budget annually. The measure, Proposition H, attempted to remedy some of the district’s financial shortcomings by annually allocating an increasing portion of the city’s general fund money to public schools. The proposal displayed the city’s commitment to improving public education and asserted its independence from state money funding overhead costs rather than school programs.

But even still the money is not getting to the schools that need it most and moreover, throwing a few dollars at a number of the problems confronting the district will not offer any viable solution. Declining public school enrollment and ethnic segregation indicate a socially driven shift in the tastes and preferences of San Francisco’s citizens. The answer to the district’s problems is contingent upon understanding the families that attend and do not attend the different public schools throughout the city.

According to the United Educators, the challenges the board will face may require “fresh blood.” For that reason, they chose not to endorse incumbent candidate Dan Kelly. Kelly has served on the board since his 1990 inauguration and proved his commitment to progressive academic policy. With credentials including his leadership in reducing class sizes, restoring arts programs to the K-5 curriculum, strengthening graduation requirements, and opposing anti-bilingual and anti-immigrant policies, he has strived towards school improvement.

But Kelly’s recent involvement in the closure of John Swett, one of San Francisco’s most diverse schools and a school protected by the board’s original criteria for school closure, tainted his image in the public eye. And so entered the candidates for the Board of Education.

According to Bill Barnes of the Democratic County Central Committee, there are three endorsements Board of Education candidates seek out. Candidates vie for the support of the teacher’s union, the Bay Guardian, and the Democratic Party. The candidates the DCCC recently nominated already have a leg up according to these criteria, not to mention they are all fresh faces to the board.

Kim-Shree Maufas is one of the prominent new faces in school board politics. A policy analyst for SF’s Department on the Status of Women, Kim-Shree served as PTSA President of Thurgood Marshall Academic High School and offers a unique perspective to the board. As she stated in a recent press release, “I am stepping up to represent those that are continually disappointed with a School Board that doesn’t hear the cries of students, teachers, and families.”

The court decision in 1999 that reversed the use of race in school assignments hit the Bayview-Hunters Point community the hardest. The majority African-American community is underfunded and underserved, in large part due to lack of representation on the board.

Along with her unique perspective, Kim-Shree is committed to expanding resources and opportunities to students with policies including connecting students with professionals in their fields of interest and creating smaller “learning communities” within larger schools. Furthermore, she advocates community driven policy in approaching the issues of school assignment and school closures. Such an inclusive methodology should be a breath of fresh air to school closure opponents put off by the board’s deaf ears.

Gavin Newsom’s Education Advisor, Hydra Mendoza, if elected could correct yet another fault many parents perceive in school board politics. When the school board fails to take up leadership on a contentious issue, many look to city hall for guidance. Newsom has shown strong interest in education, conveyed by his meetings with the superintendent, financial backing for resources for schools, and the appointment of Mendoza as an education liaison. Nonetheless, the mayor has no real representation within the board’s realm.

Mendoza describes herself as “the parent’s choice.” As the Executive Director and founding member of Parents for Public Schools (PPS), she has worked with parents to encourage student participation in public schools throughout the city. PPS strives towards engaging families in their child’s education by providing parents a forum to express their concerns. Her track record is manifested in that of her organization. Schools PPS has targeted have experienced double digit increases in enrollment requests and more importantly, families targeted are exposed to a wider range of school choices.

Mendoza has shown her commitment to improving public education through her involvement on the Proposition H Steering Committee, as well as her roles in the Student Assignment Task Force, Citizen Bond Oversight Committee, and the PPS Two Way Immersion and Language Acquisition Task Force. Her background and people-oriented approach to reversing the enrollment crisis pits her as one of the more unique candidates of the upcoming race.

And the final DCCC endorsed candidate Bob Twomey offers yet another distinctive perspective to the board. Out of thirty-three voting members, an overwhelming majority of thirty voted to endorse Twomey on first roll call vote. What is Twomey’s claim to fame? His long history of advocacy with labor groups throughout the city.

As Bill Barnes of the DCCC noted, being a member of the School Board requires a “certain level of respect for the district’s working men and women”. The city’s public school laborers came close to having a strike last year, a result that wouldn’t have been good for anyone, students, teachers, or workers. The board needs an individual who has a vested interest in labor matters.

Twomey’s interest runs through his lineage all the way back to his grandfather, a former President of the SEIU International. Twomey has also been an active member of SEIU, which is committed to winning better wages, universal health care, and secure jobs for local communities. SEIU extends its support to health care workers, public service employees, and property services workers, earning its reputation as the fastest growing union in North America.

Barnes also cited Twomey’s involvement with the Bricklayers Union as a noteworthy credential, acknowledging with the school bond proposal under consideration, it is important to have a candidate “who can follow the money and make sure schools are being rebuilt in the right way”. Twomey offers the capability to assure financial accountability and guarantees several crucial partnerships with the working community.

“There’s something for everyone,” Barnes commented regarding the Democratic candidates for the school board. Though the DCCC chose not to wait for the United Educators to weigh in on the candidates, it seems the two groups are on the same page. According to UE’s spokesman, in a preliminary endorsement meeting Twomey received a “very strong endorsement from our members”. They firmly recommended Twomey for endorsement and gave the executive board a choice between three other candidates – Hydra Mendoza, Kim-Shree Maufas, and Jane Kim – for their consideration.

Most notable among their recommendations is Green Party candidate Jane Kim. According to Barnes, “each election cycle a number of viable Green Party candidates run”. This year two of those candidates, Jane Kim and Kim Knox, are advocating views that cut to the core of the problems the school board faces.

According to SF Green Party spokeswoman Erika McDonald, the Green Party brings considerations of government accountability, budget transparency, and long-term planning to the board race. Both Kim and Knox exemplify these values.

Kim ran for the school board a couple of years ago and faired well placing 4th in the election, but lacked a sturdy base of support. The endorsement of the United Educators was crucial in 2004, as all candidates who were endorsed by UE were elected.
Kim’s steadfast advocacy for teacher’s rights could earn her constituency she needs.

Kim advocates for policy directed toward teacher and student retention, as well as establishing school partnerships with community-based organizations. Her method in achieving these goals include salary bonuses for teachers at the city’s lowest performing schools and granting teachers greater academic freedom. As the Youth Education Director at the Chinatown Community Development Center, Kim has had the opportunity to evaluate the schools in her community and has gained experience in facilitating the partnerships her campaign advocates.

Knox expressed a similar desire to maintain a “parent friendly, student friendly” atmosphere within the school district, but has emphasized the need for “transparency” by the board. She has put in more time at school board meetings than any candidate other than incumbent Dan Kelly and has analyzed the school budget over the past three years. It’s with this extensive knowledge that she challenges the school board to make accessible to both parents and students the information relevant to their child’s education. This should include information on school closures more than three days in advance as well as access to budgetary allocations as the board approves them.

Nineteen candidates were signed up to run for the school board’s three open seats as of the ballot deadline in August. Activists, parents, and educators throughout the city are responding to the call for an improved board, conscious of the needs of San Francisco’s public school community. This November, the voters can only hope their candidates are up to the challenge. The issues the board faces will only worsen in this coming year, as it attempts to radically alter the public school system. Achievement gaps between ethnicities, equal distribution of education resources, and the superintendent search will pull the board in several directions. It will take a focused, cohesive board to engineer the proper course of action.