The Chronicle Needs Lessons in Equity and Economics 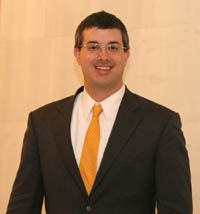 In January 1981, Tenderloin residents set a national precedent in securing millions of dollars in affordable housing and community benefits from three international hotel chains seeking to build new hotels in the neighborhood. The victory was attacked in the San Francisco Chronicle as a “squeeze” and “shakedown” executed by “bank robbers.”
Nearly 25 years later, the publisher of the Chronicle has changed but its words have not: Supervisor Daly is now accused of a “shakedown” and “putting the squeeze” on Rincon developers in securing $34 million for SOMA community stabilization. Why do Chronicle editors get so angry when poor people win benefits, and not realize that the Rincon developers only paid what they could afford?

The Chronicle’s August 10 editorial, “Shakedown at City Hall,” reveals how utterly disconnected the paper has become from San Francisco’s current economic and political realities. While representatives of Rincon developers were all smiles following the Board’s approval of the community benefits package, the Chronicle believes they were unfairly “strong-armed” into paying money by District 6 Supervisor Chris Daly.

Strong armed? The facts are quite the contrary.

Daly and the developers representatives he negotiated with all understood that the mere upzoning of Rincon Hill would generate a minimum $50 million profit for current land owners. This $50 million profit would be generated by the zoning change allowing highrise towers on a site currently preventing such heights.

When you consider that at least $50 million would be generated not by anything the developers did, but rather solely by the Board of Supervisors rezoning of land, than the $34 million secured by Daly seems like quite a bargain for Rincon owners. There is no way to predict how many additional millions of profit will be generated once the upscale condos are constructed and sold, but the most conservative estimate is a per unit profit of $300,000 (this assumes a $1.2 million sales price, which may be far too low).

No wonder the developers representatives were all smiles. In fact, developer Ezra Mersey and his representative, Alex Clemens from Barbary Coast Consulting, both attended the Tuesday victory party arranged by Daly’s office.

As for the Chronicle’s claim that Daly’s threat to go to the ballot box if developers did not contribute enough funds should “set off alarms in the City Attorney’s Office,” the obvious question is why the paper is so troubled by the democratic process. Our Governor regularly threatens to go directly to the voters on policy issues, yet neither the Chronicle nor other media have seen anything nefarious in this long established negotiating tactic.

What bothered the Chronicle back in 1981, and still angers its editorial board today, is when those profiting from local political decisions are required to pay their fare share to those impacted by these decisions. And when the constituency pushing for its just due is low-income, and not among the Chronicle-sanctioned set of political players, editorial angers boils over into the vitriol witnessed in the paper’s attacks on Chris Daly.

I understand the Chronicle’s fury with Daly. Here’s a guy representing the most economically poor district in the city, who is not dependent on the paper to boost his clout or credibility, and time and time again he has brought home millions of dollars to his community without tapping the public treasury.

And worst of all from the Chronicle’s perspective, in each of the three big community benefit victories —the 56 units of affordable housing linked to Fourth and Freelon, the preservation of rent-controlled housing at Trinity Plaza, and the Rincon deal—Daly and the developer ended negotiations on extremely good terms. How can the Chronicle credibly demonize Daly as a destructive, anti-capitalist radical when people like Angelo Sangiacomo and the Rincon developers keep saying good things about him?

The Chronicle ultimately admits its disconnection from political reality by expressing “outrage” in the failure of anyone at City Hall to stop Daly’s “dubious deals.” With the Mayor and the Board recognizing that Daly engineered a classic win-win deal at Rincon that left all sides happy, the lack of anger outside the Daly-hating Chronicle editorial offices is understandable.