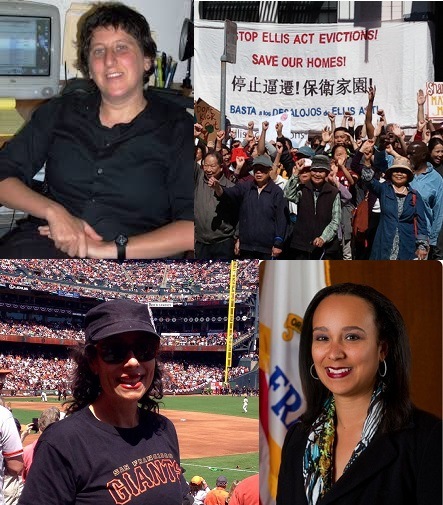 Beyond Chron has a Thanksgiving tradition of honoring a few of the many whose dedicated service rendered them our local heroes for San Francisco in the past year. Here’s our choices for this year, whose weight toward housing activism reflects the outsized role of the city’s affordability crisis during 2015.

Two groups had an enormous impact in 2015: the Community Tenants of Chinatown (CTA) and Tenants Together.

I described CTA and its organizer, Tammy Hung, as San Francisco’s “Unsung Heroes” in 2012, and this year CTA outdid it past efforts. CTA can always be counted upon to be on the front line of citywide tenant fights, and this year got involved in the high profile D3 Supervisors race. The power of their grassroots work in Chinatown was shown by the fact that the two candidates they supported—Mayor Lee and Aaron Peskin—both won strong neighborhood support in November (while Peskin narrowly won Chinatown, Christensen backers assumed the mayor’s popularity would lead to a large margin in her favor—that this did not occur is due to the efforts of CTA).

CTA’s hard-working volunteers are dedicating their retirement years to preserving Chinatown’s affordability and historic character.  All of San Francisco benefits from their efforts.

Tenants Together had a remarkable year. It provided key assistance to the effort to pass rent control in Richmond, and to winning new tenant protections in Alameda. It also helped forced the resignation of Ellis evictor Matthew Jacobs from his position as chair of the California Housing Finance Agency (this victory would not have happened without the efforts of the Coalition for Economic Survival and the activism by Steven Luftman and other residents of the Beverly Grove apartments that Jacobs evicted).

Tenants Together, along with efforts in other California cities and in Seattle and Portland, played a key role in the building of what I described as “The New Rent Control Wars.” The battles that began in 2015 will intensify next year as renters respond to rising rents and displacement in cities lacking basic tenant protections. The group deserves our thanks, and if you are pleased with their work but are not a member or donor, please join or contribute before year’s end.

It may seem unfair to credit a public official for doing what they are paid to do, but some deserve special recognition. City Administrator Naomi Kelly is responsible for more agencies (roughly 25) than anyone other than the mayor, yet many San Franciscans do not even know who she is. That’s because agencies within her domain do not make what the media defines as news, i.e. they don’t make big mistakes or create problems and controversies.

It’s not that DPW or the Department of Real Estate are inherently easy to run; rather, Kelly has picked top notch talent to head these and other agencies and lets them do their jobs.  Whenever the city confronts a tough problem I always ask myself if it would have occurred if Naomi Kelly were in charge of the issue; my usual answer is no.  Kelly had many life opportunities and we honor her for directing her talents toward public service in San Francisco.

Sara worked at the Tenderloin Housing Clinic before finding her longtime position at the Housing Rights Committee of San Francisco. She helped stabilize HRC and connected it to public housing tenants for the first time. In 2015 Sara particularly focused on stopping the loss of housing through short-term rentals, a struggle she can jump right into in when she arrives in LA (the city will soon be considering short-term rental legislation).

I don’t know about Sara’s job plans, but Los Angeles has a desperate need for experienced tenant activists. Sara previously connected  with Larry Gross of CES in doing housing preservation work nationally and would be high in demand to work for tenant groups. San Francisco’s loss will be LA’s gain.

Sara was among seven women whose housing activism was honored in the current San Francisco Magazine. A woman who should have been included is Raquel Fox. For nearly two decades Fox has represented more Latino families facing eviction in San Francisco than any other attorney.

In 1999, Fox represented the tenant in the first big Ellis eviction case involving 82 year old Lola McKay. McKay fought to stay in her home of 42 years, and the case brought the first big media attention to speculator evictions of seniors under the Ellis Act.

Fox kept McKay in her home until she died in 2000. The speculator who evicted her  headed off to a ten year prison sentence for elder abuse (for other conduct).

Fox has been the attorney most involved with stopping the displacement of the Mission’s low-income Latino families. She grew up in the Mission, was the first member of her family to go to college, and now is the tenants’ attorney landlord attorneys least like to face. She had another banner year stopping displacement in 2015, and public thanks to her is long overdue.

I know of Fox’s work because she is my colleague at the Tenderloin Housing Clinic. Other media need to start recognizing her critical role in keeping Latino families in their longtime homes.

Beyond Chron includes many stories on food politics, and the political impact of these stories clearly was felt in 2015. From rebutting false claims about kids not liking healthy school lunches to exposing Big Soda’s lies, food activists like Beyond Chron contributing editor Dana Woldow are waging an heroic battle against big moneyed opposition. We honor all of these activists, particularly thanking Bettina Elias Siegel, Casey Hinds, Dan Taber, Nancy F. Huehnergarth, and Andy Bellatti for sharing their views in our pages.

Have a great Thanksgiving holiday.

Randy Shaw is Editor of Beyond Chron.  If you are looking for sex, crime and resistance this holiday season, read his new book, The Tenderloin: Sex, Crime and Resistance in the Heart of San Francisco