Is the Tenderloin “Slowly Gentrifying”? 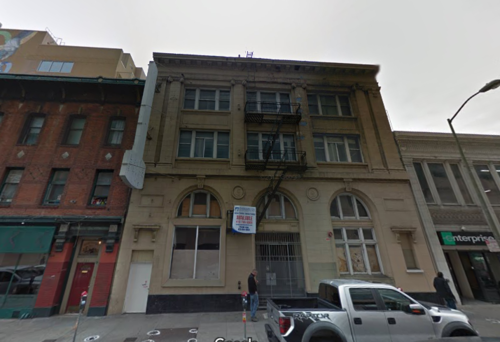 In her otherwise solid story on a San Francisco start-up attracting working people to live in SROs, New York Times reporter Nellie Bowles stated that the Tenderloin is “slowly gentrifying.” Curiously, she made that statement while interviewing someone on a sidewalk surrounded by “used needles and several tents.”

To say the Tenderloin is “slowly gentrifying” ignores the reality of  the neighborhood.  As I discuss in my book, The Tenderloin: Sex, Crime and Resistance in the Heart of San Francisco, the Tenderloin has long resisted the displacement of its low income and working class residents.

There is nothing in the future that supports its future gentrification.

TODCO’s John Elberling insisted in 2016 that the Tenderloin would be gentrified by the “mid-21st Century.” Neither of us will be around to confirm this but I’m confident that there will still be those predicting the future gentrification of the Tenderloin even then.

Predictions of the Tenderloin’s future gentrification have been made since the community reestablished itself in the early 1980’s. Such predictions are largely based on the false assumption that neighborhood gentrification in San Francisco is “inevitable.”  That the Tenderloin has remained primarily low-income while surrounding communities gentrified is a testament to the success of its anti-gentrification strategies.

Strategies like barring new tourist hotels and new commercial developments that Elberling and others could have implemented in SOMA but did not. Or the core strategy of nonprofits aggressively acquiring land, which TNDC and other groups implemented in the Tenderloin. Meanwhile, the Mission went a decade without nonprofits acquiring land for housing, and Elberling’s TODCO has not added new nonprofit housing supply for an even longer period.

Tenderloin residents and nonprofits protected the neighborhood against gentrification by rezoning and the aggressive acquisition of land. Today, nearly 40% of the Tenderloin is effectively off the speculative market. The notion that Starcity residents earning $40-$80,000 per year are the “gentry” ignores who lives in the city. In San Francisco individuals earning under$48,000 are “very low income” and those earning $80,000 are under 100% of median.

The Perils of a Misguided Diagnosis

That’s because, as I wrote last month, the police put the safety of gentrified neighborhoods first. So does the District Attorney, which is why Gascon sought to add $1 million to battling car break-ins while committing no new resources to getting drug dealers off Tenderloin sidewalks.

Some progressives do not highlight unsafe streets for Tenderloin residents as a problem because they only care about “gentrification.” They believe that the Tenderloin’s crime helps keep the neighborhood low-income, and refuse to publicly challenge the lack of personal safety suffered by low-income Tenderloin families.

Like Leroy Looper and many others, I have always argued that Tenderloin families and other low-income residents are entitled to the same level of street safety as those living in Noe Valley or the Marina District. But that is not how San Francisco has operated.

In the late 1990’s the Tenderloin Housing Clinic, which I head, pushed the city to begin master leasing hotels. We did so because we found that the over forty SROs where we had been placing low-income people since 1988 now had rents beyond what our tenants could afford.

It has been extremely difficult for SSI recipients and low-income workers to afford permanent housing in SROs for over two decades. This pricing out of low-income residents is nothing new . My office did a rent survey in the summer of 2011, which was before the tech boom hit. We found it difficult to find any Tenderloin SROs without a private bath that went for under $1000 per month.

When an owner no longer wants to operate an SRO, they have two choices.

First, they can offer to lease the property to a nonprofit for housing the homeless. This was the preferred option of the owner of the Bristol Hotel at 56 Mason. He offered the all private bath property to the Tenderloin Housing Clinic for step up housing.  But the city rejected funding for leasing the hotel. (those falsely claiming the owner had a strategy to let it run down and then convert it to “upscale” housing need to know the true facts. The post-renovation hotel would soon be step up housing if the Department of Homelessness had agreed to a nonprofit lease).

Second, they can sell the property. Given sales prices, a new buyer will charge SRO rents in the range if not higher than Starcity charges tenants for its properties.

The Tenderloin is far better off with an owner like Starcity, which is connected to the neighborhood and cares about its future than most other potential owners. The group’s main project at 229 Ellis (pictured above) is converting a long vacant commercial building to housing. No low-income tenants ever lived at 229 Ellis, and Starcity’s renovation will also activate a long dormant block (the property is actually half a block outside the Tenderloin).

We can debate whether the city should grab up all of these potentially “upscale” SROs, but once the city turns down the leasing option the new SRO owner will have no choice but to rent rooms at current market rates (which can be $2000 for rooms with microwaves and private baths).

If you want the city to buy these SROs so they are available for low-income tenants, support the Housing for All ballot measure this June. It provides new funding for master lease acquisition as well as nonprofit SRO acquisition.

The real story of Tenderloin’s SROs is how, thanks to nonprofit leasing and ownership, the vast majority provide high quality housing to the very poor at a tiny fraction of the fair market rent. It’s not a story about young people pushing the poor out of their neighborhood; instead, its the story of San Francisco keeping low-income and working people in the city by effecting the proper strategies (and let’s not forget the citywide SRO anti-conversion ordinance which preserved our SROs in the first place).

Randy Shaw is Editor of Beyond Chron. His new book, Generation Priced Out: Who Will Live in the New Urban America? will be out this fall from the University of California Press.