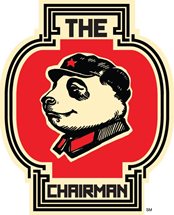 Despite dot-com booms, housing bubbles, and the post 2011 tech-driven economy, new investment avoided the Tenderloin. But in 2014, confidence in the neighborhood’s future has finally returned.

In 1994, Tenderloin stakeholders identified disinvestment as the neighborhood’s top economic problem. This is still the case. This lack of non-housing investment in the Tenderloin has caused a lack of neighborhood serving businesses, unsafe streets, and the outflow of Tenderloin residents’ dollars to other neighborhoods.

But the Tenderloin’s fifty year economic drought may finally be over.

In the last month, two long vacant properties on a single block of Eddy Street between Hyde and Leavenworth have changed hands. One has been used as a parking garage, the other for car repair.

The new owner of the parking garage will keep the historic façade and built housing behind and above the structure. Considering that the garage long served as valet parking for non-Tenderloin businesses, the new housing is a clear positive for the community.

The other site will be transformed into a “holistic spa” and bathhouse. I don’t exactly know what they have in mind, but like the other garage project, the spa will bring positive evening foot traffic to an area that desperately needs it.

A block from the two garages is a long neglected corner restaurant at Eddy and Leavenworth that will be transformed into a place people actually come to eat. The future home of the Tenderloin Museum will be on the other corner (see accompanying story by Karin Drucker). A block up at Ellis and Leavenworth is the Jessica Silverman Gallery, recently profiled in the New York Times.

The Piano Fight theater/bar/restaurant destination on Taylor between Eddy and Turk opens this summer, as does the nearby Bulldog Baths at 130 Turk. The art school under the renovated tourist hotel at 116 Turk has already activated a long dormant retail space.

At Taylor and Turk, Neveo Mosser will soon begin a multimillion-dollar renovation project at the Grand Apartments, 57 Taylor. Expect a great new restaurant along Turk (Mosser just attracted two quality restaurants for a building he recently purchased at 1008 Larkin), and as much as can be done to restore the building’s historic luster (57 Taylor, like TNDC’s headquarters at 217 Eddy, was a once beautiful building whose exterior was wrecked by ill-advised “modernization.”)

Mosser will also soon paint the building. 57 Taylor has long been one of the ugliest painted buildings in the neighborhood, and its high visibility has made it look even worse. Mosser can turn a longtime liability into a major asset.

But for years 57 Taylor was not the Tenderloin’s worst painted building—that honor went to the building at Golden Gate and Leavenworth across from the Kelly Cullen Community building. This huge eyesore has also been painted, getting one of the most positive makeovers in the Tenderloin’s recent history.

And commercial tenants are lining up for the space, which would eliminate the drug dealer fueling station also known as Boy’s Market.

Media bias against the Tenderloin results in countless features on problems on Golden Gate and Turk while progress on Geary—just as much a part of the historic Tenderloin as the other two streets, and arguably more reflective of the neighborhood than Golden Gate—is overlooked. But two destination restaurants and a wine bar are seeking to relocate to the area, which currently is best known for its many bars (Rye, Swig, Ambassador, Trocadero to name four).

The vastly improved 800 block of Geary reflects the ideal Tenderloin future. It has the expanded White Walls Gallery, cafes, pizza, restaurants, ice cream, and an SRO housing formerly homeless people. The corner of Larkin and Geary has the Hartland Hotel, also part of the city’s master lease program, two bars and a vinyl record store.

Once people get used to coming to Geary, its only a matter of time before they venture deeper into the Tenderloin.

The Chairman is Coming

Here’s my prediction for 2014: the opening of the Chairman on Larkin between Eddy and Ellis will bring more new foot traffic to Little Saigon than any new restaurant in years. This is the type of restaurant that will get Twitter employees riding their bikes up Larkin when they get off work, because The Chairman offers a product unmatched elsewhere (its reputation comes from its food truck, Chairman Bao)

Larkin Street’s upside has not been tapped, and The Chairman will bring new people to try other restaurants. There is no reason Little Saigon should not be hopping until 10pm, rather than being busy at lunch and then slow at night.

A survey of Larkin Street business owners earlier this year saw widespread concern about sidewalk cleanliness. But under DPW Director Nuru and Superintendent Kayhan, Larkin Street is cleaner than ever. And the Phoenix Hotel is doing a great job keeping the long stretch of Larkin that serves as the entry point to Little Saigon clean as well.

There remains much work to be done. Far too many businesses remain that make little to no effort to attract customers (earning their revenue from carefully hidden slot machines and other under the table activities). Some business owners feel trapped in their leases, and lack the capital to attract new customers.

But the progress in 2014 is indisputable. Like adjacent Mid-Market, after fifty years of decline the once thriving Tenderloin neighborhood is slowly but surely coming back.