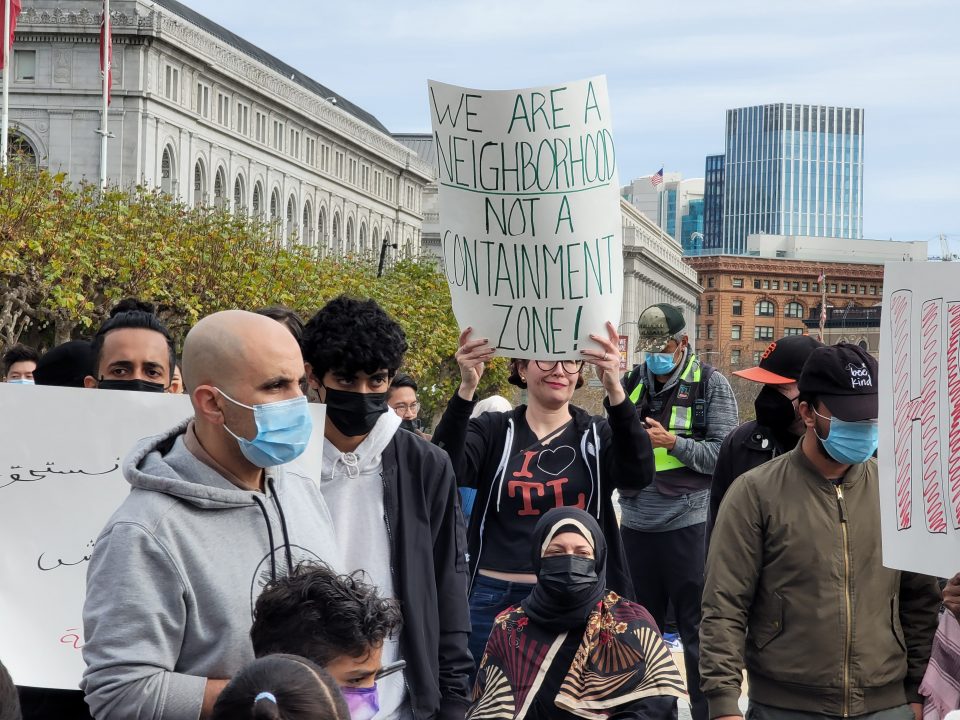 Over 200 Residents Call for City Action

Tenderloin families took to the streets last Saturday to protest the neighborhood’s out of control open drug dealing. The event was organized entirely by residents and reflected the Tenderloin’s broad racial and ethnic diversity. I heard last week that a top SFPD official claimed Tenderloin residents don’t want drug dealers arrested; the parents’ march and demands refutes this belief.

Over 200 residents joined the march, which went from the Tenderloin to across from City Hall. 150 signed a letter calling for action that will be presented to the mayor.

Residents are asking the same question I posed in “San Francisco Fails the Equity Test in Tenderloin”: why has progressive San Francisco selected the low-income, community of color Tenderloin to be a drug dealer containment zone? And why is a wealthy city incapable of protecting families from East Bay drug dealers?

Despite local and national media coverage of the Tenderloin drug scene the SFPD and District Attorney Chesa Boudin remain silent. We’ve heard no explanation from either as to why an open air drug supermarket is permitted only blocks from City Hall.

One would think Boudin would speak out given he is facing a recall. But he continues to view the arrest and prosecution of Black or Brown drug dealers in the Tenderloin as part of the mass incarceration of people of color he seeks to end. The low-income, multi-racial residents of the Tenderloin facing threats to their safety are paying the price of fulfilling Boudin’s vision.

What explains the SFPD’s passivity toward the Tenderloin’s public safety crisis?

Some believe the SFPD allows the Tenderloin to remain an open drug supermarket as part of a strategy to recall  Boudin. Officers have said they see no point making drug arrests when the DA won’t prosecute. That could explain why recent crime data showed Tenderloin drug arrests had not increased despite a five to tenfold increase in drug dealers since the pandemic began.

But officers have blamed the lack of Tenderloin drug arrests on the DA’s refusal to prosecute since the days of District Attorney Arlo Smith. The difference now is that the drug trade is dramatically worse and more deadly. Previous DA’s, including progressive Terrence Halllinan and Boudin’s progressive predecessor George Gascon, were far more vocal about stopping Tenderloin drug sales.

SFPD officers are demonstrating an almost shocking passivity to open drug activity. Uniformed Tenderloin officers once aggressively went after dealers, but those days are gone. We recently had a scene in front of 39 Jones Street (near the Boyd Hotel) where over a dozen dealers were openly selling drugs—all while two officers were across the street looking at their phones.

All the officers  had to do to break up the drug dealer market was walk across the street. But they did not.

People wonder why a dozen cops hang out in UN Plaza where not much is going on. Yet the Tenderloin Captain claims to lack staffing for even one officer to be regularly posted at Turk and Hyde, ground zero of the drug trade and a frequent site of shootings. 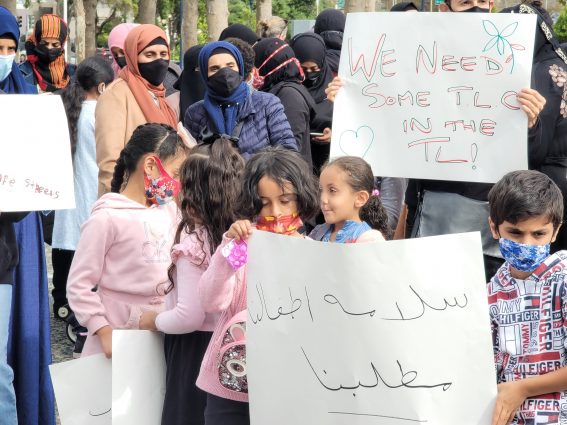 If the SFPD is trying to make Boudin look bad for the Tenderloin he should come down to Turk and Hyde. He should hold a media event demanding the police arrest all of the dealers there. He could even commit to prosecute every dealer arrested in the Tenderloin for the next two weeks.

That would throw the responsibility back on the SFPD. If they didn’t deliver the arrests at the DA’s urging, their credibility in blaming Boudin for the Tenderloin drug crisis would be gone. This strategy could help Boudin’s chances in the projected June 2022 recall election.

I’m not expecting Boudin to take such a step. He has chosen a strategy of not publicly addressing the Tenderloin safety crisis and he’s not changing course.

But the parents who marched for safety on Saturday are not going away. And all of San Francisco should support them.