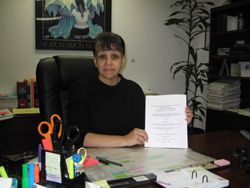 Overcoming widespread skepticism, the Tenderloin neighborhood has become the first in the city to secure the 30% property owner threshold approval threshold necessary to become a Community Benefits District (CBD). The vote sends a powerful message to the San Francisco Chronicle and other relentless critics of the Tenderloin, showing that the neighborhood is unified behind a vision to improve the quality of life for both residents and businesses. Supervisor Chris Daly is expected to introduce a resolution at today’s Board of Supervisors meeting moving the CBD process to a final vote.

Improving the Tenderloin has been a long struggle, not made any easier by relentless attacks on the neighborhood in the San Francisco Chronicle. Such ongoing stories depicting drugged out residents and uncaring property owners even led the Newsom Administration to initially deny funding in 2004 to those seeking to create a Community Benefits District; the Mayor’s Office did not believe that the area’s property owners were willing to invest to improve their community.

But led by local attorney Elaine Zamora, the Tenderloin has again defied the skeptics. The Mayor’s Office is now fully on board, and the Tenderloin beat out the Castro, Noe Valley and Fisherman’s Wharf to become the first neighborhood to reach the 30% approval necessary to obtain a final, binding vote to create a CBD.

During the early 1990’s, local business groups in major cities sought to create Business Improvement Districts (BIDS) to improve core urban areas. But as practiced most prominently in New York City, these BIDS seemed primarily focused on ridding Times Square and other areas of homeless persons.

As a result of the anti-homeless spirit of the BIDS, efforts to create a BID succeeded in Union Square but were defeated in the Tenderloin. The CBD concept emerged as an alternative to the BID, with harassment of homeless persons excluded from the services to be provided.

The CBD essentially allows property owners to directly fund a scope and level of services—-sidewalk cleaning, graffiti removal, and enhanced beautification—that Prop 13 and federal tax and budget policies have prevented city governments from adequately implementing. The assessment is based on the lot size, with a typical SRO owner paying $2000 annually.

The proposed annual budget of the Tenderloin CBD is $984,000 a year, nearly three times the budget of the current property-owner supported Tenderloin Sidewalk Improvement Program. The inadequacy of this budget for a large area bounded by Market, Larkin, O’Farrell and Mason Streets helped bolster support for the CBD.

There are those who mistakenly believe that cleaner sidewalks and a better living environment will soon bring gentrification and displacement. But the Tenderloin has so many buildings under non-profit control that the chief impact of the CBD will be to improve the quality of life for the Tenderloin’s overwhelmingly low-income residents.

While many deserve credit for the Tenderloin’s rapid approval rate, Zamora has been the spark behind the effort. She felt that “it is significant that we became the first neighborhood to win the necessary approval, as many assumed that property owners would not support this effort.”

Zamora and the Tenderloin again proved the naysayers wrong.