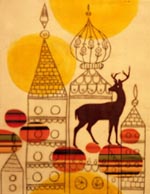 The potential transformation of Lower Turk is also being aided by the Salvation Army’s construction of the Joan Croc Community Center on the 200 block of Turk. This will greatly increase positive street activity from those going in and out of the site, which also will have over 100 new affordable housing units. The center gives the Tenderloin a long overdue place for teenagers to hang out after school and during evenings engaged in constructive pursuits.

A 90- unit housing development at the long vacant KGO-TV building at Golden Gate is slated to begin construction next month. This will eliminate another longtime site of drug activity, and bring positive new street life to an area where night safety has been an issue.

Past experience shows that making the Tenderloin safer and more desirable requires these types of physical changes to sites, not more police. And eliminating such problem spots not only costs no taxpayer money, but it actually increases the city’s revenue when vacant and underutilized sites are developed.

The Tenderloin is a long way from declaring victory, but the path to success is becoming clear.