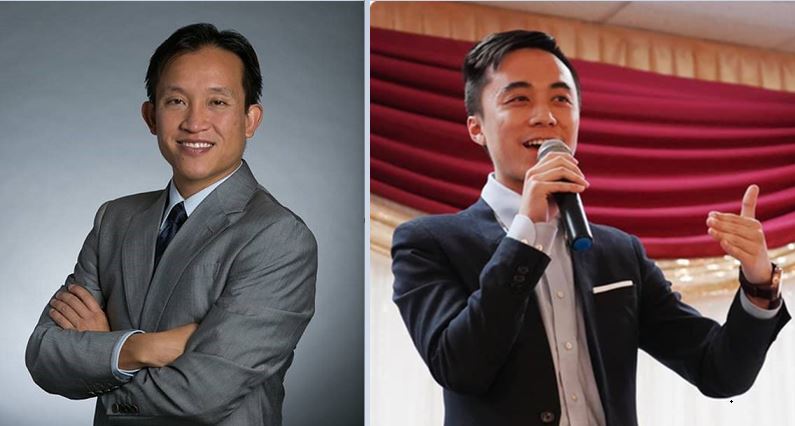 California’s Democratic Legislature had a chance last week to stop real estate speculators from worsening the state’s affordability and homelessness crisis. But as she did in 2014, Assemblymember Sharon Quirk-Silva stood in the way.

Sharon Quirk-Silva has a history of allowing real estate speculators to displace longterm tenants. Yet Speaker Anthony Rendon’s appointment of her to the Assembly Housing Committee empowered this pro-speculator zealot to stop Ellis Act reform.

I’ll be writing more about the Speaker’s role in erecting obstacles to Ellis Act reform in the future. There’s something wrong when Democrats control 2/3 of the Assembly yet have a Housing Committee that requires tenants to win the votes of either a longtime Republican recently turned Democrat (Brian Mainschein) or a close ally of the California Apartment Association (Quirk-Silva).

Mainschein has no business being on the Housing Committee. His homeowner district is little impacted by tenants’ affordability concerns. Neither he nor his staff would even meet with the co-sponsors of AB 854 (Tenderloin Housing Clinic and Coalition for Economic Survival). Mainschein voted against a similar Ellis Act reform bill when he was still a Republican; he did not change parties because he suddenly cared about tenants.

That Mainschein was a lost cause from the start made Quirk-Silva’s vote essential. But despite now chairing an Assembly Committee on Orange County homelessness and mental health issues, she too refused to meet with the bill’s co-sponsors. Nor did she attend a meeting she scheduled with top union officials to urge her support.

Since stopping the bill Quirk-Silva has been denying her central role in this outcome. According to Larry Gross of the Coalition for Economic Survival, people calling Quirk-Silva’s office after she stopped AB854 were told in vague terms that the bill was pulled. Her role in forcing the bill to be pulled was not mentioned.

Quirk-Silva apparently thinks tenant advocates are either stupid or easily fooled. That’s what we get for trusting her when we heard she would be open to considering our bill after she killed the same measure in 2014.

Why would California’s super-majority Democratic legislature favor corporate real estate speculators over working families? The obvious answer is the enormous real estate industry campaign donations made to Democrats who oppose tenants. That’s a fact of political life that only campaign finance reform can change.

But Democrats also promote corporate speculators because protecting tenants is rarely a top issue in state legislative elections. Until a pro-landlord incumbent Democrat loses to a pro-tenant candidate in a primary, or a candidate wins an open seat where tenant issues divided the field, passing state legislation will be a struggle (the passage of AB 1482 in 2019 involved the unique support of developers and the rare direct intervention of Governor Newsom).

I cannot think of a single incumbent state legislator in the forty years I have followed California landlord-tenant politics who lost their seat because they voted against tenants. Ironically, Quirk-Silva lost her seat after she voted against Ellis Act reform in 2014—she supposedly killed the bill over fears it would cost her an election she lost anyway (she later won election from a different district).

New York City tenants faced a similar obstacle for years. Because the city’s eviction and rent control laws were controlled by the state legislature, control of that body by anti-tenant Democrats prevented the strengthening of tenant protection laws.

This changed in the September 2018 primaries when pro-tenant candidates took down six pro-landlord Democratic incumbents. The Housing Justice for All coalition then won landmark legislation for the state’s tenants in 2019.

Yes. But here are the challenges.

First, California does not have the equivalent of a Working Families Party (WFP). The WFP allows progressive candidates to run on its line as well as a Democrat; the WFP signals to pro-tenant voters which candidate they should support.

Second, tenant protections have historically been enacted locally in California. That’s why tenant issues are prime voting targets in local elections. This also explains why tenants voting in state legislative races do not focus on tenant issues. Tenant activists must do a better job educating tenants on how state legislators influence their ability to stay in their homes and neighborhoods.

Third, New York media covered the tenants’ candidate and legislative campaigns, helping to spread the word about what was at stake. In contrast, Alexei Koseff of the San Francisco Chronicle covered the campaign to pass AB 854 but newspapers in Los Angeles, San Diego, Orange County and much of the rest of the state did not. This lack of coverage on an issue affecting tenants statewide sharply contrasted with the coverage gained by tenant issues in New York.

Two Los Angeles Times reporters expressed interest in covering AB 854 but never did. Our campaign offered them an exclusive story of a Los Angeles tenant facing an Ellis Act eviction by a Missouri-based corporate speculator, but they never even interviewed him. AB 854’s effort to stop the Los Angeles’ loss of over 27,000 affordable rent controlled housing units due to Ellis Act evictions was deemed not sufficiently newsworthy.

Instead, the LA Times featured a story alleging tough times for longtime “Mom and Pop” landlords. This led Quirk-Silva’s staff to tell two groups that the Assembly member was concerned about AB 854’s impact on such landlords. AB 854 did not cover longtime landlords (it only impacts those who own less than five years but the damage was done: the LA Times story gave opponents of the bill a superficially good faith excuse for not supporting it.

The AB 854 campaign will spend the months ahead addressing these and other challenges. We must make support for Ellis Act reform a litmus test of Democratic Party values.

The pandemic turned the national eviction crisis into a front-burner social justice issue. But legislators prefer avoiding tough issues even when social justice is at stake. That’s why the tenants movement needs to ramp up the pressure against legislators hostile to to tenants interests. As I argue in The Activist’s Handbook,  too many politicians only favor tenants when they fear the political response of not doing; that’s why activists must ensure that legislators and speculators promoting and carrying out Ellis Act evictions  pay a much higher price.

Randy Shaw discusses many of San Francisco’s original and high-profile Ellis eviction cases in Generation Priced Out: Who Gets to Live in the New Urban America (UC Press 2020)