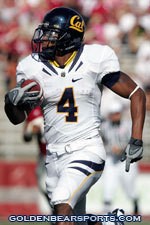 The Cal Bears are Bowl-bound this season, which puts them in the not so exclusive group of 68 schools qualifying for post-season action. But Cal did not finish in the top-25 of the BCS or AP standings, despite Jahvid Best leading the nation in yards per carry average and the team having alleged miracle worker Jeff Tedford running the show. Tedford’s defenders consistently emphasize his success at getting Cal to bowls, apparently forgetting that this means very little in an era when Cal plays on the same day as the Meineke Car Care Bowl and the Champs Sports Bowl. But tickets for Cal’s December 27 Emerald Bowl contest against Miami are said to be a hot commodity, showing just how desperate Bay Area sports fans have become to see a winning local team.